Home Idaho-News Communist Revolution from the Top Down 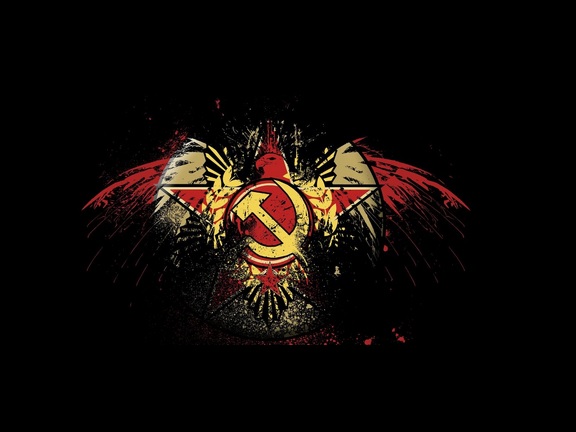 Communist Revolution from the Top Down

Yesterday, after reading an article on Refugee Resettlement Watch concerning the approval by Ada County Commissioners of a meatpacking facility in Kuna titled:

And after getting over my rage in which I was trying to think of the appropriate punishment for TRAITORS and COMMUNISTS who are executing this strategic plan to destroy Idaho – and our country, I returned as I always do to writing which is a catharsis for me. I sometimes think I’ve been living in a delusional world with the idea that if you tell people the truth in plain language and you explain what is happening, they will do something about it. And my biggest fear is that they won’t. Regardless, I soldier on –

Do you remember when Governor Butch Otter was going on the “trade missions” looking for foreign direct investment? FOREIGN Direct Investment. Like a cheap real estate salesman, he went flying around the world supposedly looking for foreign money to buy Idaho real estate and to build businesses in Idaho. The part of the plan they don’t tell you about but that has become painfully obvious is that what they are really doing is populating rural areas with excess populations from mostly third world countries. The money for businesses isn’t really foreign money. It’s money and credit authorized by our own government through the Urban Renewal and Small Business Administration programs.

Did you really believe that Ulukaya Hamdi, the CEO of Agro Farma that produces Chobani yogurt came from Turkey and made a billion dollars all by himself? Really? And he started his business making feta cheese with cow’s milk. You believed that? I’ll save that story for another time but suffice it to say that what Hamdi is – is a goat. The goat is brought into the country first and is set up in business and then he imports his flock of sheep – his fellow countrymen to work at the business that the goat was given – gifted to him. When Obama said, if you have a business, you didn’t build that business, somebody else made it happen, he was telling the truth because the audience that he was speaking to were the goats and their sheep. Obama is their president, not the president of the American people.

When the businesses are “marketed” to the American people in the infected communities, they are told that these businesses will create jobs. What they are not told is that the jobs won’t be for them. They will be for the foreigners that the goats import. And to make it even worse, these businesses are placed in ‘Tax Increment Financing Districts’ which means that loans given to the foreign businesses – issued by the economic development authority in an area will repay the loans using property tax revenues which bleeds the city and county of tax revenues.

Here is the deal sheet for the Chobani Yogurt facility in Twin Falls. Notice the right hand column. “Client” which is Agro Farma kicked in $18,000 on a $25 million deal. And the taxpayers are on the hook for the loan. And where did the actual money come from? My guess would be Wall Street and the derivatives market. Through derivatives and futures, they essentially sold our country out from under us – and they are now trying to foreclose by using foreign invasion of goats and their flock of sheep (wolves) – slow walking in here. I’d be willing to bet that if the people of Kuna were to investigate, they will find the same financial arrangements for the meatpacking plant that was used to bring Muslims into Twin Falls with the Chobani Yogurt factory.

Straight out – there was a coup d’etat on our country and what is going on is a Marxist cultural revolution. That’s why everything seems upside down – because it is. This is a top down revolution and our federal government is in a state of anarchy doing their level best to destabilize the country and to incite a race war at the bottom before people figure out what’s happening.

The foreign operatives who are employed by our government are operating behind the Shield of National Security. They were moved into position by the infiltration mechanism of Clinton’s Executive Order 12968. Look it up.

(a) Except when an agency has substantial information indicating that an employee may not satisfy the standards in section 3.1 of this order, background investigations and eligibility determinations conducted under this order shall be mutually and reciprocally accepted by all agencies.

You don’t even need military or spy training to figure it out. It’s a no brainer.

All of this should be clearly understood by police and the lower ranks of the military because they are in the middle and their function in normal times is to keep order in the society. But these are not normal times. The structures – police, prosecutors, judges, and officials have become the Quislings aiding and abetting in the takedown of America. You’re in the middle and that’s a losing position no matter who wins ultimately because you are on the front lines between Americans and the Communists who are attempting the takeover of our country.

My advice to the front line is that you start doing your jobs from the standpoint of reclaiming America for Americans because if you don’t, you will have lost all legitimacy to govern. Make your choice because the days of reckoning are at hand.