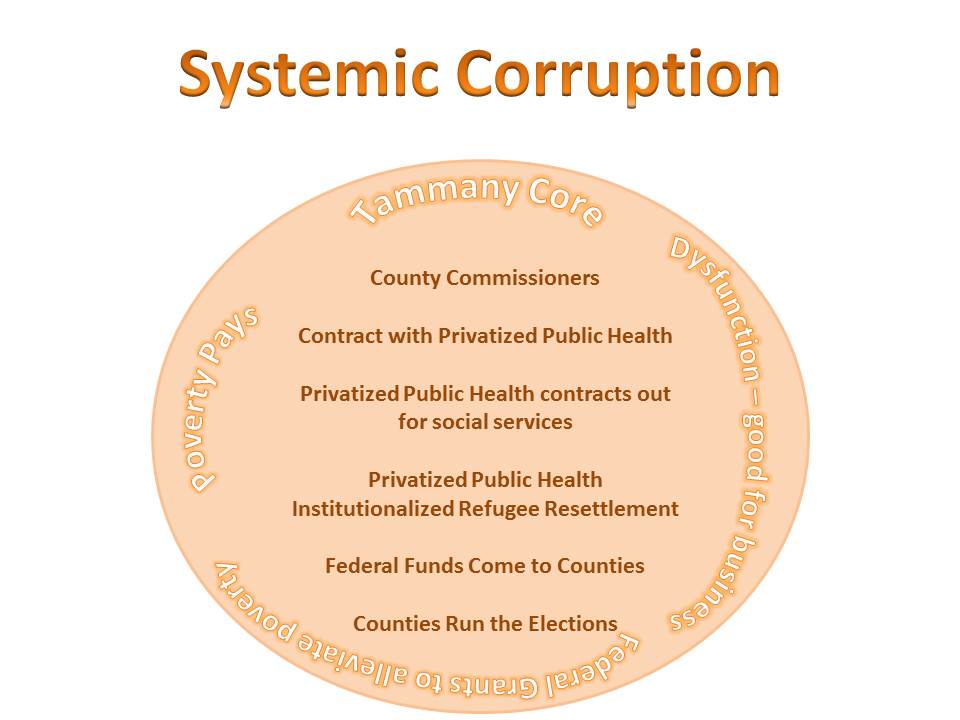 Amidst all of the whining and crying about President Trump’s Executive Orders to temporarily halt the flow of refugees (military aged men) the issue of voting fraud has left the radar screen.   It needs to come back but not in the context of Russian hacking.  Rather, what needs to be exposed is the corrupt political machine that is operating in our counties – funded by the federal government.  The system is a national version of New York’s infamous Tammany Hall.

The immigrants of yester-year that served as the power base for the corrupt Tammany politicians are called refugees today and they are being imported and settled as fast as the operatives of the Socialist International can manage it.   Today’s version of the national Tammany Hall System is essentially the same as it was in it’s heyday when Boss Tweed’s political machine was virtually unbeatable.

The research on refugee resettlement in Idaho revealed that there are seven Public Health districts in Idaho.  They were created as independent agencies in 1970.   The impression given from an outside view is that they are part of the state Health and Welfare Agency – but they are not.  Idaho Code Title 39

County Commissioners are elected representatives.  The County Clerk who is also an elected official runs the elections.   That’s the Tammany type connection to the election system.

What does the Public Health system do besides refugee resettlement?   You can get an idea by reading this report from 2015 but the important functions from this writer’s point of view are the monitoring of water systems, vaccinations for children, oversight of institutional food preparation and communicable disease and epidemiology.

Here are the pieces.... solve the puzzle: