Posted By: Vicky Davison: May 06, 2022In: CorruptionNo Comments

On the archived World Business Council for Sustainable Development, the following excerpts are from the history page:

In 1990, Maurice Strong, the Secretary-General of the United Nations conference on Environment and Development (UNCED), was looking for a leader to inject a business voice into the global conversation on sustainability and environmental issues, especially at the upcoming Rio Earth Summit in 1992.

He charged Stephan Schmidheiny with the responsibility, challenging him to spread the concept of sustainable development among the world’s business leaders and companies ahead of the Summit.

A Swiss businessman, Schmidheiny knew that his best chance of success was to ensure that global business leaders became advocates of the concept – rather than just becoming aware of it.

He recruited 48 CEOs from around the world to begin discussions, and in 1991 the “Business Council for Sustainable Development” was born.

In 1992, the Business Council for Sustainable Development (BCSD) published Changing Course, which according to the inside cover synopsis “provides an extensive analysis of how the business community can adapt and contribute to the crucial goal of sustainable development — which combines the objectives of environmental protection and economic growth“.

At the time it was published, Stephen Schmidheiny was  Chairman of the Business Council for Sustainable Development, and the Principle Advisor for Business and Industry to the United Nations Conference on Environment and Development.  He was also a billionaire.

Continuing with the BCSD history:

After the success of the Rio Summit, many of the members of the BCSD petitioned to continue their work. The view was that forward-thinking businesses had a key role to play in leading sustainable development around the globe, and that an independent, non-commercial organization such as the BCSD could help forge this path.

After two further years of work, Bjorn Stigson was appointed President of the BCSD in 1994. His first significant act was to merge the group with a similar business association, in order to unite and strengthen the leading business voice on sustainability.

On 1 January 1995 the Council merged with the World Industry Council for the Environment (WICE). This group had been created by the International Chamber of Commerce (ICC) after the Rio Summit and was based in Paris. The new World Business Council for Sustainable Development (WBCSD) opened its secretariat in Geneva, Switzerland, with 120 members committed to its mission.

“Maurice Strong was the founding father and first director of the UN Environment Programme and Secretary General of the 1972 UN Conference on the Human Environment.” 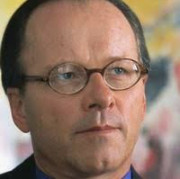 Stephan Schmidheiny, Principle Advisor for Business and Industry to the United Nations Conference on Environment and Development.  Maurice Strong challenged “him to spread the concept of sustainable development among the world’s business leaders and companies ahead of the summit”.  (1992 Rio). 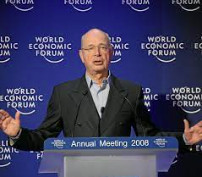 “He was my mentor since the creation of the Forum; a great friend; an indispensable advisor, and for many years, a member of our Foundation Board.

Kenneth T. Derr,
Chairman of the Board & CEO
Chevron Corporation

Charles M. Harper
Chairman of the Board & CEO
ConAgra, Inc.

The following are excerpts from the  corporate mafia’s website (emphasis added):

WBCSD is the premier global, CEO-led community of over 200 of the world’s leading sustainable businesses working collectively to accelerate the system transformations needed for a net zero, nature positive, and more equitable future.

We do this by engaging executives and sustainability leaders from business and elsewhere to share practical insights on the obstacles and opportunities we currently face in tackling the integrated climate, nature and inequality sustainability challenge; by co-developing “how-to” CEO-guides from these insights; by providing science-based target guidance including standards and protocols; and by developing tools and platforms to help leading businesses in sustainability drive integrated actions to tackle climate, nature and inequality challenges across sectors and geographical regions.

. . . Together, we are the leading voice of business for sustainability, united by our vision of creating a world in which 9+ billion people are living well, within planetary boundaries, by mid-century.

In the preface of the 1992 book Changing Course, WBCSD founder Stephan Schmidheiny thanked Lloyd, his editorial adviser, for helping the council to “find the words for our findings and our conclusions.” Thus, it is fitting that Lloyd Timberlake has written this history of the WBCSD.

What that says about the Corporate Mafia – WBCSD – is that they are affiliated with the Socialist International via Lloyd Timberlake if by nothing else (but there is a lot more by way of Stephen Schmidtheiny and Maurice Strong for sure) and via his involvement with the writing for Our Common Future (1987).

Video clips from the PCSD meeting that mention Agenda for Change. 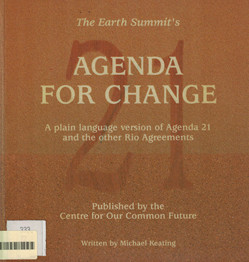 Agenda for Change – Blueprint for Reinvention of Government

Centre for Our Common Future

Leadership – the power behind Klaus Schwab