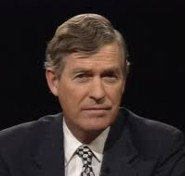 Co-Chair of the Clinton Campaign for the Presidency

He was a member of the Democratic Leadership Council (DLC) along with Bill Clinton and Al Gore.

Tim Wirth and Al Gore represented the U.S. at the Rio Summit in 1992

Wirth’s Congressional Aide, David Harwood arranged for James Hansen of NASA to give testimony at a Congressional Hearing about Climate Change in 1988.  Recently, Frontline published a three-part series on “The Power of Big Oil”.  Click the link and watch for about 10 minutes. (Listen longer for the media campaign to support the (pseudo) science.)

Tim Wirth was appointed to be a member of the President’s Council on Sustainable Development chartered in 1993.  He served as co-chair on the Task Force for Population and Consumption.

After leaving the Senate, Tim Wirth was appointed to be the President of Ted Turner’s foundation, the UN Foundation.    (Ignore the 2007 date at the top.  That’s a mislead.)  Read the press release. NGO – Negative Population Growth, Winter 1997, Wirth leaves State Department to lead Ted Turner’s UN Foundation (Note: scroll up a little to read it.  Also scroll up to the article before that to read:  Al Gore Links Population to Global Warming.)

Another important article on the UN Foundation website:  The U.S. Recommits to Global Health Security.

(Tim Wirth) As Chair of the Communications Subcommittee, he led Congressional initiatives to deregulate the communications industry in America; his legislation became the template for the court-ordered break-up of the AT&T monopoly, and Senator Wirth’s Cable Television Bill of 1984 restructured the television industry.