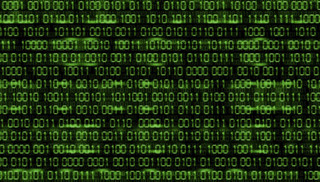 The shooting at the school in Broward County blew the lid off the technocratic tyranny that has been implemented in our country.  People have jumped on the elements of the Sheriff’s Department that effectively neutered the law enforcement.  Community Oriented Policing (COPS), the Promise Program and federal incentives money provided for economic development and social programs that caused a fundamental shift of focus of the Sheriff’s Department to be concerned with the reduction of crime statistics rather than on policing to make the county safe.

On the Broward County Crime Commission’s website, there is a page titled, Business Intelligence Policing/Predictive Policing.  They say:

“crime science is a radical departure from old ways of thinking about the problem of crime in society“.

The idea embedded in that concept is that computer systems can be used to locate and target high crime areas and using methods of data collection and analysis to not only solve crime but to predict where criminal activity will be occurring.  If you scroll down on that page, you’ll see report titles and webpages including the links.  The reports that go to the US Department of Justice have been scrubbed from the internet since I first looked at them.  But it doesn’t matter.  Look to your right and you will see them.

The Broward County Crime Commission was established in 1976 following the examples of Chicago, New Jersey and Kansas City.

The International Association of Chiefs of Police  was established in Chicago in 1893 to “serve as a means to apprehend and return criminals who had fled across law enforcement jurisdictions. It’s not clear if the original organization was a Port Authority but that would be a good guess. It may be that the FBI grew out of that organization.  That’s not clear but they’ve had an association with the FBI since the FBI was formed – assisting with policy and technologies for policing.

In 1991, the Congress was focused on crime.  The Brady Bill had been passed and legislation passed for mandatory death sentences in certain cases.   On July 10, 1991, Senator Chuck Schumer, Chairman of the Crime & Criminal Justice Subcommittee of the Judiciary Committee held a hearing on Community Policing.  Lee Brown, President of the International Association of the Chiefs of Police and New York City Police Commissioner was invited to testify on Community Policing.  The following is a brief clip.  The full hearing can be viewed on C-Span  HERE.

On October 16, 1991, the FBI Academy held an event on Community Policing.  The following video clip includes the introduction of the Deputy Director of the FBI, an excerpt of the presentation by Deborah Prothrow-Stith, MD, Harvard University, Public Health, and Robert Trojanowicz, author of the book:  Community Policing, Criminal Justice and Policy at the Harvard, Kennedy School of Government.  The full video can be viewed HERE.

The following are the acknowledgements for the report:

Funding and support for the International Association of Chiefs of Police (IACP) Criminal
Intelligence Sharing Summit and this final report came from the office of the Community
Oriented Policing Services (COPS) within the U.S. Department of Justice (DOJ). We are
grateful especially to COPS Director Carl Peed and COPS Deputy Director Ellen Scrivner for their vision on this effort.

This diagram is on Page 10 of the Criminal Intelligence Sharing report.  And it is criminal.

In 1990, George H.W. Bush and Samuel Skinner announced a new transportation system.  The transportation system was to be fully automated and would include all modes of transportation – urban and rural, interstates, major arterials, trains, subways, bicycles, etc.  Recall up above, the COPS propaganda was 2-tiered:  community and technologies.  It was the 1990 transportation plan that started the snowball rolling downhill that has become the avalanche that is burying us today.

Is there any question Why?   They need foreign IT people to maintain the surveillance and data collection systems that target the American people.