Home Corruption The Art of Perversion 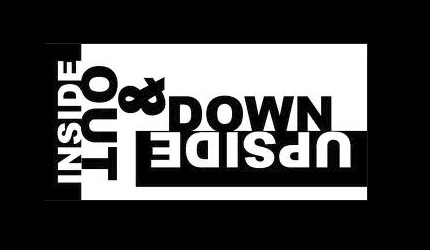 The Art of Perversion

Just as an exercise, do a search on the term communism.   You’ll find that it is defined as an economic system and/or a political system.  Most people have probably read the Communist Manifesto in which Karl Marx outlined ten key points that are the goals of communism.  The question in this writer’s mind is ‘Why is communism defined as a legitimate political and economic system’  when it clearly is a system built on criminality?

For the government to own all the means of production, they must confiscate (steal) the property from the owners of that property.  They must indoctrinate the children and propagandize the adults and murder or imprison the dissenters.

It seems to this writer that the definition of communism and the legitimization of it as a political or economic system is a case study in logical positivism.  When the system of communism is dissected, this writer’s definition is as follows:

Communism is a criminal enterprise that uses perversity as a strategy for chaos and chaos as a tool for takeover.

Understanding that communism is a criminal enterprise that has infiltrated government is a prerequisite to understanding what was going on in Broward County that caused the failure of the system to deal with the problems that Nicolas Cruz was having.  The Sheriff, Scott Israel implemented Community Policing in Broward County.  The following is from the Sheriff’s Office webpage.  I just noticed something – the Sheriff’s website is a   .org   and  not a  .gov That’s significant.

BSO is much more than just a law enforcement agency — we’re part of the community.

Thanks to Sheriff Israel, BSO is diligently working to bring transparency and build community trust by embracing a community policing model where law enforcement and members of Broward’s diverse communities work hand in hand to improve public safety services and make their own neighborhoods safer.

Through community policing, citizens from all walks of life are playing a critical role in keeping our communities safe by providing vital input, innovative ideas and key support. By building bridges and opening up new channels of dialogue between law enforcement and Broward’s communities, we are working together to find local solutions to local issues, achieve public safety goals and forge a safer, stronger and more united Broward County.

As a father, mentor, and coach, Sheriff Israel has made the children of Broward his number one priority. Through the expanded juvenile civil citation program and our outstanding partnership with the Broward School Board in the Promise Program, BSO has produced remarkable results in cutting the school house to jail house pipeline. These programs help keep kids’ records clean, teach them responsibility and give them a second chance for a better life. Thousands of children have benefitted because of them.

Community Policing perverts law enforcement – turning them into social workers.  As you can hear in this video, the Sheriff and the Broward County Sheriff’s Department considers that it’s their job to keep criminals – juvenile or not, out of jail.   The fact that you’re hearing this in a Mosque is not the point.  The point is what the Deputy and the Sheriff are saying keeping in mind that the police were called 39 times on Nicolas Cruz.

After watching the above video of the Broward County Deputy and Sheriff speak at the mosque, youtube rolled to the next video which was this one from a Miami court.

A Natural Connection: The Role of Public Safety in Community Development

It is very difficult to attract businesses, homeowners or other investors to neighborhoods that have significant crime or that are perceived as being unsafe. It can be equally difficult to engage neighbors in visioning a positive future for a community when they are worn down by disorder and blight at every turn or disillusioned by crime control efforts that have failed in the past.

But there is a flaw in the viewpoint that safety has to come before major investment in community development: It positions police and community developers in very traditional roles, implying that police can (and should) create stability through enforcement before we move in to build social capital and economic opportunity.

Decades of experience at the Local Initiatives Support Corporation—and much of the premise behind community policing in general—demonstrates that this traditional way of thinking doesn’t produce results. Instead, those community developers who look at safety as an integrated piece of their neighborhood development plans and pursue relationships with law enforcement accordingly are achieving marked transformations of previously very troubled places.

So Community Development money is used as an incentive for law enforcement to ignore crime by creating diversion programs.  The alleged reduction in crime is really just the reduction in crime statistics.   Law enforcement is drawn into the corruption effectively neutering them for doing what should be their job which is law ENFORCEMENT.  This whole system is brilliantly perverse.  Criminals are rewarded and victims are ignored.

This video is a townhall in which CNN and Sheriff Scott Israel are attempting to escalate the perversion of shielding criminals by disarming potential victims.

As far as this writer is concerned, the mystery of the shooting at the Marjory Stoneman Douglas High School in Parklane, Florida is solved.   Broward County is lacking a law enforcement agency.  They have a social work agency that does not do law enforcement.  When young people do wrong things and there are no consequences, it’s not in the least surprising that the wrong-doing continues and escalates.

Community policing is the reason Broward County does not have a law enforcement agency.  Community policing has been implemented all over this country which in this writer’s mind explains the growing number of cases of school shootings.  How about this for an idea…. for once why don’t we address the real problem which is the perversion of law enforcement.  Law enforcement officers should enforce the law – leaving the social work to social workers and the decisions to the Judge where there is a record of decisions and accountability for those decisions.

Video and link to pdf courtesy of Brian Mitchell – thank you Brian!