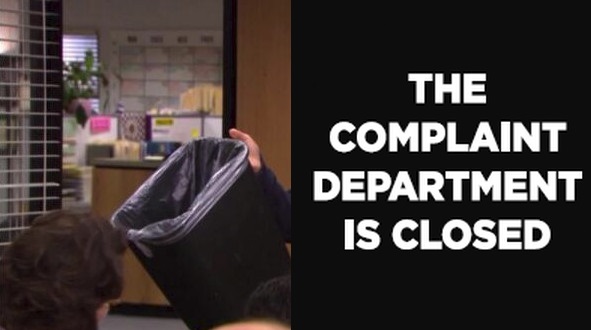 Yesterday as I was getting ready to write a comment on Mary Baenan’s complaint with the Idaho Public Utilities Commission, I started a close review of all the filings in the case.

Mary’s complaint filed as a petition had three issues in it – in the following order:

In the records, Mary’s petition is filed as a comment and is filed in the IPUC Summons to Avista.  There were open cases on items 1 & 2 so the IPUC dropped those issues from Mary’s complaint leaving only the Health and Security issues.  IPUC issued a Summons for Avista to respond to those complaints.

Avista’s Answer to the Summons is a lame and dismissive response unworthy of discussion.  The Final Order from the IPUC however is worth a lot of discussion.   The following is a snapshot of the Commission’s Findings and Decision:

They reference Menth v. Idaho Power Company, Case No. IPC-E-12-04, Order 32500 to dismiss the health issues.  That case was brought before the Commission in 2012 – six years ago.  Since that time there have been many more studies done on the health effects – for example, a position paper titled, Electromagnetic and Radiofrequency Fields Effect on Human Health posted on the American Academy of Environmental Medicine.

Concerning Mary’s complaint on security grounds, violations of privacy amounting to electronic home invasion citing her Fourth Amendment right to be secure in their person, houses, papers and effects, against all unreasonable searches and seizures, the IPUC dismisses that by saying that Avista is a private company and not a government entity.  They also say that she provided no evidence suggesting that Avista’s smart meters can gather confidential or private information.  This is where the Idaho Public Utilities Commission’s deceptive practices are revealed.

Case IPC-E-12-04  was not just Bonnie Menth’s case on health issues.   It was my case too.  The issues in the SEPARATE and INDIVIDUAL complaint that I filed with the IPUC are independent of Bonnie Menth’s complaint.  Mine had nothing to do with health issues.  My issues were totally about the breach of security, violation of privacy, the communications capabilities of the smart meters and I provided lots of evidence concerning those breaches.  I have my smart case filings posted on my website HERE.   The only alterations were to remove my address because I was posting the filings on my website.

Notice the green strip at the bottom of page 3.  I’m writing about that in another post.

Bonnie Menth contacted me after I wrote an article about the forced installation of the smart meter on my home.  She said that they did a similar thing to her.  I told her that I was going to file a complaint and she “camped on” to my plan to file a complaint.  I helped her with the process of filing the complaint – but not the content.  It was all hers and mine was all mine and the only thing they had in common was that the subject was opposition to smart meters.

In your Final Order No. 33979, you reference a six year old complaint file by Bonnie Menth to dismiss health issues raised by Mary Baenen. Six years is a long time in the field of health when there continue to be studies of health effects on-going. Her complaint on health issues should not have been dismissed on the basis of an old decision.

The case listed as Menth v Idaho Power Company, Case No. IPC-E-12-04 also happens to include Davis v Idaho Power Company. The complaints of Menth and Davis were filed as separate complaints but the IPUC asked if they could combine the cases because they were filed at the same time opposing smart meters – but for different reasons. The issues of Bonnie Menth were health issues. The issues of Vicky Davis were electronic home invasion with equipment that was essentially surveillance equipment. Smart meters are computerized recording and communications devices. My response to Idaho Power’s Answer to the Summons was a 43 [page] detailed response not including attachments on the breach of privacy and security enabled by smart meters.

The IPUC’s statement to Mary Baenen concerning Avista being a private company and therefore no fourth amendment violations is disingenuous at best. The IPUC is a quasi-judicial governing body for the utilites. IPUC ordered Idaho Power to install AMR devices throughout their service territory and there is no doubt that the IPUC did the same to Avista.

It’s clear to me now why the IPUC wanted the Davis Complaint and the Menth Complaint combined into a single case. Combining the cases buried my complaint (I am Vicky Davis, the complainant in IPC-E-12-04) and the issues that were brought to the Commission in that complaint.

Since the IPUC in their Final Order on Mary Baenen’s Complaint referenced IPC-E-12-04, the issues of the Davis Complaint in that case apply to Mary’s complaint concerning surveillance and privacy issues and the Commission needs to address those issues.