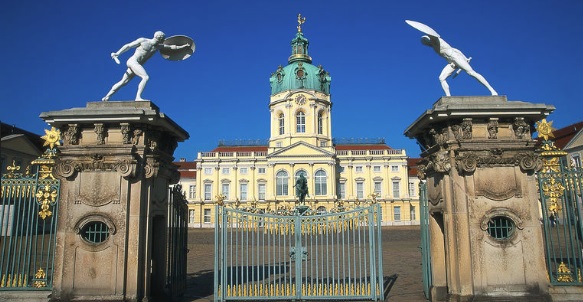 Competition of Ideas and Systems

After President Ronald Reagan’s speech to the British Parliament on June 8, 1982, Reagan traveled to Berlin to give a speech in front of the Charlottenburg Palace in Berlin, June 11, 1982.  The purpose of the speech was to accept Leonid Brezhnev’s challenge and to issue a challenge of his own – a competition of ideas and systems (systems of governing) using the provisions of the Helsinki Final Act as the guide for the competition.  The Helsinki agreement was signed by President Gerald Ford in 1975.

The “competition” was a declaration of war on regular people – both east and west.  The ordinary people were to be the warriors in the competition for our way of life. As Brezhnev said in his speech at the signing of the Helsinki Final Act, the competition was to be carried out as grand policy at a high level.

The following is a video of selected parts of Reagan’s speech at the palace in Berlin with comments added.

By 1985, Reagan’s negotiators along with Soviet negotiators completed an agreement on education.  It should be noted, that one of Ronald Reagan’s platform issues was the elimination of the federal Department of Education that had been established during the Carter Administration.   It wasn’t obvious at the time, but the agreement with the Soviets would set us on the path we are on today which does in fact eliminate the Department of Education by merging it under the management of the U.S. Department of Labor where the Soviet system of poly-technical education is being implemented.

In 1985, the New York Times wrote an article about the plans for exchanges with the Soviets in the field of education and technology.

About Education; U.S. and Soviet to Share Insights on Computers

The discussions, which were held Oct. 24-29 in Moscow, were carried out under the auspices of the Carnegie Corporation of New York, a philanthropic foundation, and the Soviet Academy of Sciences. They followed preparatory talks between Dr. David A. Hamburg, president of the foundation, and Yevgeny P. Velikhov, a vice president of the Soviet Academy. Mr. Velikhov, a physicist, is considered one of the most influential scientists in the Soviet Union and a frequent adviser to Secretary General Mikhail S. Gorbachev. He also heads the Academy’s Institute of Informatics, which deals with the application of computers to education and communications. The negotiations had the prior approval of the State Department and National Security advisers.

Several issues are listed for joint investigation. They include computer-based methods to develop creative abilities of primary school pupils; creation and testing of software for use in primary school, and proposals for the restructuring of the curriculum and of teaching methods through the use of computers in the early grades.

Additional issues include evaluation of the training of teachers in the use of computers and elimination of teachers’ fear of computers, and creation of Soviet-American pilot projects for joint experiments.

…The Soviet Union is far behind the United States in the number of computers in its schools. Soviet efforts some two years ago to produce an educational computer – a copy of the Apple II -failed miserably. For the moment, 4,000 computers, imported from Japan by the Soviet Institute for Informatics, constitute nearly all the available computers for use in Soviet schools…  MORE

Charlotte Iserbyt had an interest in education issues.  She worked for the Reagan Administration in the U.S. Department of Education until 1982.  Her interest in education continued even after leaving the Administration.  In 1985, a fellow education researcher, Beth Trotto, told Charlotte about the U.S.-Soviet Agreement on Education.  Charlotte, Beth and other concerned citizens organized to blow the whistle on this Agreement.  They formed the National Citizens Alliance and in 1987 they paid to publish a full page advertisement in the Washington Times to warn the public as to the true nature of the Education Agreement with the Soviets.  Charlotte has been sounding the alarm ever since.

The accumulation of Charlotte’s lifetime quest to report on the betrayal of the American people and their children can be found on the American Deception website.

Listen America, “EDU-GATE” is bigger than the “Iran-Contra Affair” and “Watergate” combined…MORE

In 2007, the Heritage Foundation held an event for author Thomas Evans to speak about his book on Reagan’s early years before becoming the Governor of California:

The Education of Ronald Reagan: The General Electric Years and the Untold Story of His Conversion to Conservatism

patience while it loads

Ronald Reagan was way ahead of the majority of the population in understanding computers because of his employment at General Electric.  General Electric was one of the early manufacturers of computers along with IBM, Honeywell, Burroughs, etc.  GE got the contract with the Bank of America to install computers for what was the first commercial computer application: Electronic Recording Machine Accounting (ERMA).

Ronald Reagan was a wolf – communist wolf in sheep’s clothing.  The gulf between his speeches and rhetoric and his true intent is revealed in the history.  He fooled us – not once, but twice.  As he said in the Berlin speech his objective was the free movement of people and goods across borders – meaning no borders, no nations and the farce of self-government provided by profit making corporations and contract social services provided by non-profits in a system of neo-corporatism supporting the system of fascism aka corporatism.

The Houlihan Plan – The Politics of Change in Local Government Reform

Maureen Heaton – The Plan to Collapse the Government