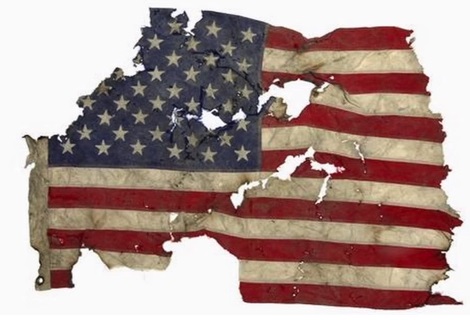 In the mid 1980’s, the Europeans were close to finishing the project to create a “United States of Europe”  –  a coimperium – an administrative management system sitting over the top of the European nation-states.   The ties to bind the European nation-states into an integrated whole were to be achieved by building integrated infrastructure and controlling the economies of Europe at the continental level.  In 1990, the Charter of Paris was signed institutionalizing  the Conference on Security and Co-operation (CSCE) that was established by the Helsinki Final Act.  The Maastricht Treaty establishing the European Union was signed in 1992.  The name of the permanent organization (coimperium) became the Organization on Security and Co-operation in Europe (OSCE) in 1994.  The NATO Partnership for Peace was also established in 1994.

The unification process – integrating infrastructure obviously included integrating the telecommunications  infrastructure as well as transportation, water, waste disposal, etc.  The U.S. government having been a secret driving force behind the establishment of the coimperium management system over the European nations feared that U.S. corporations wouldn’t be able to compete with a unified European economic system with integrated infrastructure so when the proposal was made for Europe and the leader of the German telecommunications, Martin Bangemann proposed an integrated global infrastructure, the U.S. joined.   An Action Plan for global systems was prepared and the participating governments have been logically blowing up the world ever since.  The agreement for global systems unleashed all of the worst characteristics of mankind on the people of the world.  Greed, avarice, psychopathy became the driving forces as the governments reorganized for global management systems for the benefit of business.

In July of 1994, the G7 met in Naples.  The leaders of the G7 countries agreed to a meeting in Brussels to give ministers an opportunity to “encourage and promote the innovation and development of new technologies including in particular, the implementation of open competitive and worldwide information infrastructures“.   (Note: Russia joined making the G7 – the G8 in 1998).

In February of 1995, ministers and business leaders met and identified a list of pilot projects for international cooperation.   The two Americans of interest who attended this conference were Vice President Al Gore and Robert T. Allen, CEO of AT&T.

Robert Allen included the following in his statement: “the need for acceleration is clearly recognized by the leading European industrialist who issued the Bangemann Report”.  The industrialist to whom Allen was referring was Martin Bangemann.  Europe and the Global Information Society was the name of the report produced by the Bangemann Group.

Here is a link to an abbreviated html version of the Bangemann Report Recommendations.  Notice that a number of the recommended international pilot projects have to do with transportation.  The reason is because the European Union and Germany in particular were already working on a trans-European transportation network.  Japan was working on robotics for self-driving cars and such.  In 1998, the European Commission issued a press release by Martin Bangemann about the “Ten years of European research in telematics“.

The irony is that what is viewed as the progress of mankind is actually the demise of mankind.  Globalization and digitization are in reality, the beginning of the Post-Human World.  Image and marketing is everything.  Substance is worth little.  In the virtual reality of the global information society, people are objectivized.  They are not real, they are members of various sets to be managed and manipulated according to attributes in their virtual profiles.

The ministers final report – Conclusions of the G7 Summit on the Information Society titled Shared Vision of Human Enrichment included the list of eleven pilot projects.  The European Commission’s website (retrieved from Archive) listed the projects and the countries  assigned to do the pilot.   Notice that the European Commission and Japan  were the Operational Co-ordinators of the global inventory project, which would be the project coordinators for all of the global information society projects.

Between the lines in what has been written about the global systems for the “Information Society” is the redefinition of the word “market”.   In the new and psychotic world they were preparing to build,  market means middle man – the keeper and coordinator of collection and dissemination of  information for the information society.  The middle man becomes the monopoly  and the enforcer in what is de facto a totalitarian communist system of  control – worldwide.

The final ‘Complete Report‘ of the pilot projects prepared as a draft was produced by Dr. Werner Müller, German Federal Minister of Economics and Technology.  This report gives a better description of the pilot projects than the above list that was produced as a summary.  The systems of primary interest to this Analyst are the following.  It should be noted that pandemic planning exists at the intersection between global health and global emergency management .

. . . adopted a policy for publishing resources via a Global Environmental Information Locator Service developed for the conventions on climate change and biodiversity

. . . GEMINI aimed to set up a global emergency information and management network. 28 demonstration projects from seven countries were established in the following 4 categories: networks, communication, support functions, and specific hazards. Its objective was to encourage the development of a global management information network to enhance the management of emergency response situations, risks and knowledge.

. . . GHAP had nine sub-projects dealing with: public health, cancer, cardiovascular disease, telemedicine, harmonisation of datacards and medical imaging. The results are very encouraging including: world-wide interoperability of medical images and health cards as well as the demonstration of services for a second opinion in oncology and treatment of cardiovascular patients irrespective of their geographic location.

. . . It aimed to demonstrate the potential of telematics technologies in the field of telemedicine in the fight against major health scourges; to promote joint approaches to issues such as the use of data cards, standards and other enabling mechanisms.

* Another report listed the Canada as being assigned to the Environment and Natural Resources and the U.S.A. being assigned the GEMINI systems.  That makes more sense because Canada doesn’t have the capacity for a global emergency management system while the U.S. does.

The United States had already began it’s  “new transportation system” centered on the concept of intermodalism and port telematics  in 1990-1991.  In 1993 when Bill Clinton took office as the President of the United States, he appointed  General John  M. Shalikashvili to be the Chairman of the Joint Chiefs of Staff.  The General had been the Supreme Allied Commander of NATO just prior to the appointment.  The Focused Logistics plan he presented was in fact the global plan for global logistics for transportation – infrastructure and facilities – for not only the military but for civilian transportation as well.

The agreement to participate in a collaborative effort to integrate the systems of government in a global project with foreign countries constitutes anarchy of government and a rebellion against the people in each of the countries that collaborated in the effort.

Now some three decades later, we can clearly see that the relationship between the United States government and the American people has been severed.  Elected officials mouth the platitudes but they are wholly owned by Wall Street and the global tech companies.  The agencies of government under the administrative system seem to be un-tethered from the Constitution, the Congress, the Executive Branch and the American people.  God only knows the source of the collectivist, demented, psychopathic policies and rules they are attempting to impose on We The People.   One thing is for sure though, we are headed for civil war if our elected leaders fail to rein in the green communists because the red, white and blue Americans will not tolerate it much longer.

We, the leaders of our seven countries and the representatives of the European Community, salute the men and women around the world whose courage and wisdom have inspired and brought about the historic advances of democracy we have witnessed over the past year. As we enter the final decade of this century, which we intend should be a Decade of Democracy, we reiterate our commitment to support the strengthening of democracy, human rights, and economic reconstruction and development through market-oriented economies. We emphasize the important opportunity provided in this forum for representatives from Europe, Japan, and North America to discuss critical challenges of the coming years.

Europe is at the dawn of a new era. We welcome enthusiastically the profound and historic changes sweeping the continent. The London Declaration on a Transformed North Atlantic Alliance provides a new basis for cooperation among former adversaries in building a stable, secure, and peaceful Europe.

21.  The Conference on Security and Cooperation in Europe (CSCE) should become more prominent in Europe’s future, bringing together the countries of Europe and North America. We support a CSCE Summit later this year in Paris which would include the signature of a CFE agreement and would set new standards for the establishment, and preservation, of free societies. It should endorse, inter alia:

•  CSCE principles on the right to free and fair elections;

•   CSCE commitments to respect and uphold the rule of law;

•  CSCE guidelines for enhancing economic cooperation, based on the development of free and competitive market economies; and

Conference on Security and Cooperation in Europe (CSCE)

The function and organizational structure of the OSCE can be viewed HERE.

The U.S. delegation is comprised of nine Senators, nine House members and three Executive branch officials and they do inject consensus decisions of the coimperium into our legislative process.