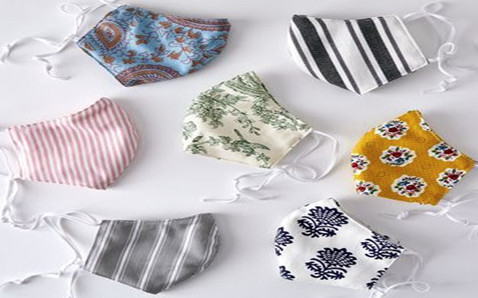 Idaho also does not have an independent judiciary. That became eminently clear after reading the Order that was signed by Idaho’s Supreme Court Justice G. Richard Bevan on September 22, 2021. The Order includes a reference to a Declaration of Crisis Standards of Care in response to the [alleged] surge of COVID-19 patients statewide . The Order was clearly written by some public health person. Bevans should have signed the Order as the Supreme Sock Puppet. When he signed it, he indicated that he was subjugating the courts to the Director of Health and Welfare – the “emergency manager” for the emergency government.

Since the Idaho Supreme Court subjugated itself to the Emergency government, it was thought important to backtrack to see how this emergency system operates.

On September 16, 2021, the Department of Health & Welfare issued a Declaration of Crisis of Care Standards for all of Idaho.  The following is the first sentence of the Declaration.  It cites the authority:

The Director of the Idaho Department of Health and Welfare (the “Department”) is authorized by Idaho Code § 56-1003(3) to exercise general supervision and promotion and protection of the health of Idahoans.

Setting aside the legitimacy question for a health supervisor, what are his qualifications for the job? None. His background is in marketing, communications and statistics.

Perhaps we can just call him Dave “Goebbels” Jeppesen

Further, pursuant to its authority under Idaho Code § 56-1003(2), the Idaho Board of Health and Welfare approved the Crisis Standards of Care for Health Care Entities contained in IDAPA 16.02.09.

In the next couple of paragraphs, the process for activation of Crisis Standards of Care (CSC) is documented. The hospitals make the request to Goebbels Jeppesen and/or the Crisis of Care Activation Committee.

At the end of the trail, there is a list of links that includes a White Paper about the system of Crisis Standards of Care including the activation process.

On page 1 of the white paper, the following is written:

Crisis standards of care shifts the focus of healthcare delivery from the needs of individuals to the needs of the community.

(I’m struggling to write in a civil manner because that statement tells you who they are. They are communists.)

It doesn’t matter that the crisis standards of care were changed based upon a complaint. The fact that a request had to be made at all is evidence that the members of the advisory committee are ethically and morally  challenged. They made an administrative decision that some people are worth saving and others aren’t. That’s carte blanche to practice Kevorkian Care – pick who you want to help and let the others die. That’s despicable.

The names of the members of the State of Idaho Disaster Medical Advisory Committee were found in a Crisis of Care Planning report. The link indicates that this information was valid as of September 2021.

The White Paper has this handy little graphic showing entities involved in the activation process: 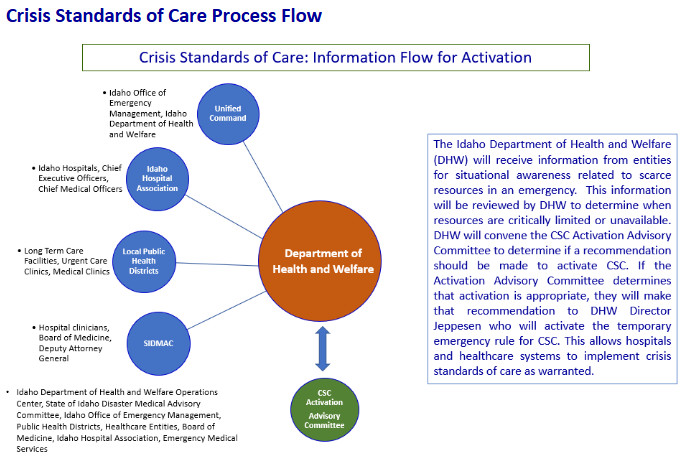 The full Crisis Standards of Care Report can be read HERE

This government is NOT a legitimate government. When Brad Little proclaimed the state of emergency in Idaho, there was no emergency. The people empowered by the proclamation of emergency are the same people who are authorized to declare that the alleged emergencies are on-going. This is a self-licking lollipop. There is no check and balance on them. Since this alleged emergency has gone on for over a year and a half, it seems likely that they intend for it never to end. Rather, they are trying to normalize it. There is a word for this – but it’s not a medical term. It’s a political term: coup d’etat and specifically, it’s a communist coup d’etat.   Now what are you going to do about it?