Home Corruption Pathway to Dissolution of the United States 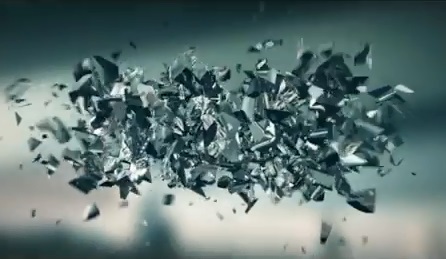 Pathway to Dissolution of the United States

This research started out to be about the NAFTA Superhighway.  There was a lot of disinformation on the internet saying that it didn’t exist; that there was no such thing. 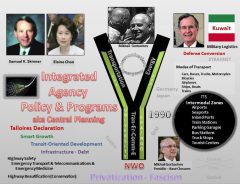 What we found out was the following:

•  The new highway system was defined to include the Interstate and major arterials linking population centers to transportation hubs.  It was to be fully automated with the maximum use of computerized technology and telecommunications.

•  The new surface transportation system was to be international with corridor connections at border crossings in Mexico and Canada for a seamless system.

•  The term NAFTA Superhighway was used by Congress when the legislation was in the talking stages.  It meant both an international corridor and super information highway (telecommunications) for the technology that was to be developed and implemented.

•  There were corresponding projects for automated transportation systems in Europe initiated by the European Commission and in Japan.  Technology for the European highways was being developed in Germany.  Robotics and Maglev trains in Japan.

•  The announcement of the new transportation system was concurrent with the announcement of the Enterprise of the Americas initiative announced by George H.W. Bush in June of 1990.  In other words, it was a move towards a North American Union modeled after the European Union which explained the international nature of the new transportation system and that it was coincident with the reunification of Germany in 1990.   It was also coincident with a meeting of the G7/G8 country leaders that took place in in Houston in July of 1990 during which the country leaders agreed to allow the assets of their respective countries to be sold and/or traded away in exchange for debt (debt-for-nature, debt-for-equity).  (See IMF – Paris Club, Houston Terms, 1990)

•  The design of the new transportation system including all modes of transportation fully integrated, fully automated and international in scope was unnecessarily extravagant and audacious.  It was a plan designed to create debt. It was the Lamborghini plan on a Volkswagen budget. To believe otherwise is asking us to believe that all of the highly educated people involved in all aspects of this plan didn’t know the difference between overhead and a profit center.  Transportation is an overhead cost to the country and our economy.  QED.

•  The end of the Cold War with the immediate assumption of friendship with the Soviet Union after 45 years of them being the evil empire doesn’t square with human nature and natural events.  An examination of the timeline appears to have been a stage play – media fodder for the masses but it was used to justify the restructuring and reprogramming of the military.