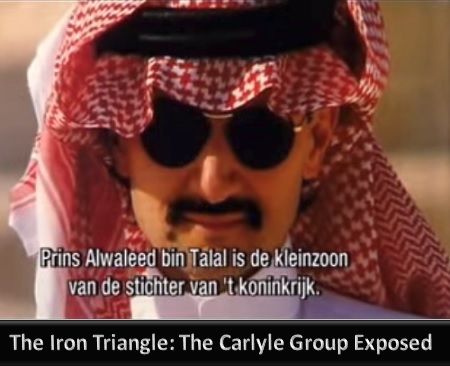 The Bigger Picture of Mandalay Bay

After months of silence about the shooting at the Mandalay Bay, Sheriff Lombardo gave a surprise press conference to announce that he would be breaking protocol by releasing a preliminary report that includes a timeline on the shooting, photographs, etc.  What was clear in the press conference is that he was trying to narrow the scope of the event to focus only on Stephen Paddock.  He stressed several times that Stephen Paddock was the only shooter.  He killed 58 people and the FBI’s behavioral analysis group is working very hard to figure out why he might have done such a thing.

Sorry Sheriff.  We’re not buying it.

In an article dated November 5, 2017, Intellihub’s reporter Shepard Ambellas revealed that the Saudi-based private military company ETS Risk Management was on the ground in Las Vegas before, during and after the October 1st attack that occurred at the Mandalay Bay hotel.

The billionaire is an American-educated philanthropist and investor who is heavily invested in U.S. corporate giants like Citigroup, Apple, 21st Century Fox and Twitter, just to name a few. Between 1991 and 1995, bin Talal came to the rescue of President Donald Trump, whose real estate empire was under strain. Bin Talal purchased a yacht, and invested in Trump’s Plaza Hotel.

At a website not previously known to me, an article includes information linking Obama-Clinton and the DNC to the Saudis that the mainstream media seems to have missed 🙂

If I told you that Democratic Party lobbyist Tony Podesta, whose brother John Podesta chairs Hillary Clinton’s presidential campaign, is a registered foreign agent on the Saudi government’s payroll, you’d probably think I was a Trump-thumping, conspiratorial nutcase. But it’s true.

The lobby firm created by both Tony and John Podesta in 1988 receives $140,000 a month from the Saudi government, a government that beheads nonviolent dissidents, uses torture to extract forced confessions, doesn’t allow women to drive, and bombs schools, hospitals and residential neighborhoods in neighboring Yemen.

A couple of days ago in research unrelated to the Las Vegas shooting, it was discovered that Al-Waleed Bin Talal was an investor in the Carlyle Group.  In 2004, a video titled Iron Triangle: Carlyle Group Exposed was published on the internet by the InformationClearingHouse.  The first minute and a half are in Dutch.  After that, it’s all in English.  The story of the Carlyle Group is central to understanding what follows.

The Globalist Scheme of Things

The one barrier to this utopia was the Soviet Union and the Cold War.  Throughout the 1980’s the U.S. had dual objectives – privatization of government functions – shrinking government in preparation for dissolution at the same time they were negotiating with the Soviets under the Helsinki Agreements to end the Cold War – which was complete with the destruction of the Berlin Wall and the reunification of Germany in 1990.

Everybody knows you can’t teach an old dog new tricks but for some reason (betrayal, treason) they thought they could re-purpose the pit bulls (military and defense contractors) into building utopia.  So what did they do?  They weaponized our infrastructure and turned our police into paramilitary soldiers.  The tech corporations were ecstatic about that because of all the money they would be making on the technology to imprison the civilian population.

So how does the Carlyle group fit in?   Investments in Infrastructure.  The following two videos are excerpts from the Iron Triangle video above.  The entire video is important obviously, but these two clips are especially important.

Baghdad Bush and The Real Story

There is a lot bigger story here that all begins in 1990 and continues till today.  1990 was the turning point putting the U.S. on the path to self-destruction.   The fate of our nation is not at all assured and in fact, it feels like we’re hanging on by our fingernails.   In a paper I wrote in 2011 called The Trinity:  Policy, Philosophy and Mechanism, I included a quote from a paper written in 1941 by CH Douglas titled, The Big Idea:

There is perhaps no more convincing single piece of evidence in regard to the existence of conscious, evil, forces energising a continuous policy, than the strenuous and skilful endeavour to present a picture of events and of history, as purely episodic. History is crystallised Politics, not disconnected episodes.

What happened in Las Vegas at the Mandalay Bay hotel is not just an event, it’s the result of a continuous policy that is discover-able for those who have the curiosity and the desire to see the bigger picture.