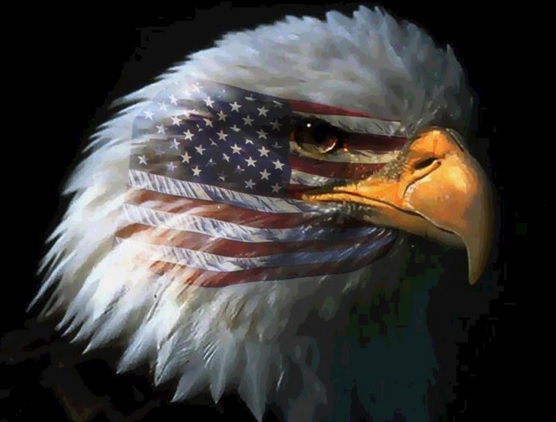 The Disintegration of the United States Due to Compounding Errors

As a former Systems Analyst/Programmer, one of the things I learned is that if an error occurs and you try to fix it in mid-stream, what you end up with is compounding errors throughout the entire system.  Errors must be tracked back to the original source of the error and that is where it must be fixed.   At this point in U.S. history, we are drowning in a sea of compounding errors and it is destroying the nation-state.  America is no longer America.  It’s disintegrating BY DESIGN before our very eyes.

The other thing a Systems Analyst does is to ask WHY?  Why are they doing that?  In this case, the question is:  Why is the IRS going to hire 87,000 new auditors?    Simply stated, the Bush-Clinton-Gore program of changes to government and government programs along, the globalization of the economy,  and structural conversion of our real economy to a virtual economy via the Internet basically destroyed the tax base that pays for the government and their “great society”.  By way of example, just consider the importation of foreign workers to replace Americans in our own labor market.   There are reciprocal agreements – those really fabulous, terrific, country destroying “trade agreements” contain provisions for a certain amount of income of the imported foreign worker to be tax-exempt in the host country meaning that the U.S. was and is destroying their tax base with every foreign worker that enters the country either legally or illegally – while providing a ‘cheap labor subsidy’ to the hiring corporations and economic destruction of the American worker.  For every economically destroyed American, there was and is a negative multiplier effect throughout the entire economy.

In 2004, after the 1990’s dot.compost boom and bust; after 9-11; after a couple of years of the war in Afghanistan and Iraq; as jobs were leaving the country faster than jobs could be created and there were record bankruptcies, record foreclosures, record unemployment and government tax  revenues were at their lowest point since 1950; as we were being invaded from the south through an unprotected border; as our professional job market was being flooded with H1-b’s from India, one of the most dishonest, psychopathic people I’ve ever heard, Representative John Linder of Georgia sponsored legislation for a national sales tax to replace the income tax.   They didn’t call it a sales tax, they called it a consumption tax.

What I heard in that hearing was so heinous – so monstrous, that I recorded it and played it about 5 times (it’s a four hour hearing) to make sure that I understood every word that was spoken by everyone at the hearing so that I could write about it to warn everybody.   Links for the original articles at the bottom.

The idea of a sales tax to replace the income tax is very appealing to most people because it sounds simple.  It never occurs to them to ask about the details.  What purchases would be taxed?  Are there any exemptions?  What are the implications of a change like that?   People who are Systems Analysts – who design systems do ask questions like that which is why I spent so much time on the issue.  When you understand the proposal, then you will understand why the IRS  is hiring 87,000 new auditors.  As I’ve said many times, you won’t just have the IRS auditing your tax returns in Washington DC, they will be sneaking around in your yard to make sure that the guy who mows your lawn collects the sales tax on the transaction. 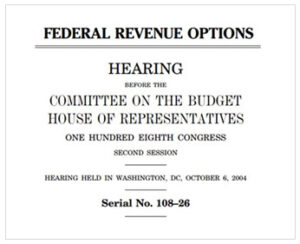 American’s for Tax Reform, article on the IRS hiring plan.

Analysis article on the IRS plan.

The Joint Tax Committee, the Brookings Institution, Citizens for Tax Justice, and the Institute on Taxation and Economic Policy have all stated that in order to keep Federal tax revenues constant, a 50 to 60 percent sales tax would be required. That is, a levy of $50 to $60 would be imposed on a $100 purchase.

The rate advertised in Linder’s bill was that the tax rate would be 23% inclusive.   That was a mathematical deception.  The real rate was 30%.  The difference is in the way the rate was calculated:  if I bought a shirt for $10 and paid, I would have to pay, under their tax, $13 with the sales tax added. They then convert that to 23 percent by taking the $13 and claiming that the right number to derive is what percentage of 13 is the total tax, and that is 23 percent. But, in truth, the add-on to the price you would pay at the retail counter is 30 percent.

After spending all that time on the consumption tax proposal, I found out that Canada was moving to a similar plan.  Canada was more honest in naming their new tax system.  Their consumption tax plan was called the Goods and Services  Tax (GST).  Here is a LINK to the original article I  wrote about it but you will have to use the Internet Archive to retrieve the links (if possible).

It didn’t take a whole lot of brain power to figure out that the plan for a national consumption tax was actually a harmonized  tax system for the North American Common Market (NAFTA) because it explained the provision in the Fair Tax for our state and federal governments to pay the consumption tax on their purchases:

Excerpted from the original reporting on the “Fair Tax”  –  consumption tax plan:

As if all of this weren’t bad enough, state and local governments would be required to pay federal sales tax on all their purchases and they would be required to collect a sales tax on all services provided to the citizens in their localities. That means if you have to call a cop or the fire department, you will be charged for the service and the sales tax will be applied on top. Even if the cost of the service isn’t charged directly to the consumer, the sales tax will be applied to the locality’s calculated cost of the service and you would pay that amount for the federal sales tax.

They included a provision for the federal government to pay sales tax to itself on all spending including defense, all procurement and presumably inter-departmental chargebacks. On the surface, you would say that’s silly because it would net to zero. But because they used a different treatment of prices on the revenue side than they did on the spending side, it resulted in a $500 billion discrepancy that would have to be corrected if the Fair Tax system were to be adopted. This means that the 30% sales tax would have to be increased to cover the $500 billion shortfall. To understand the differential treatment, you have to keep in mind that all tax reform proposals have to be revenue neutral. The Fair Tax people assume that for every dollar you spend currently on goods and services, there is an embedded 22% overhead cost to cover income and payroll taxes. When they calculated the government spending side of the equation for revenue neutrality, to maintain current programs they assumed prices would decline 22% due to the elimination income and payroll taxes. When they calculated the revenue side of the equation, they assumed that prices would remain fixed at the current levels, which includes the embedded 22% overhead. The result of the differential treatment of prices on either side of the equation results in the $500 billion discrepancy.

If there are still questions in your mind about what is being done with the consumption aka Goods and Services tax, consider this excerpt from a brochure on the NAFTA Agreement at 7 (years):

When NAFTA implementation began seven years ago, it created the world’s largest free trade area, which now links 406 million people producing more than US$11 trillion worth of goods and services.

Noting the fact that $7 trillion of the $11 trillion was extracted from our economy according to Treasury Secretary John Snow in 2004.

Think for a minute what does the NAFTA agreement do?   It changes our political structure of a sovereign and independent nation-state into  a Soviet Union of North American States.

Read this:   A Compact for North American Competitiveness

What were they doing?   They were DISINTEGRATING the United States as a sovereign and independent nation.   They were – and our political leaders in Washington DC still are committing treason against our nation.  We are experiencing the PHASE BY PHASE destruction of the United States.  The conversion to the Goods and Services tax is only one indicator among so many – too many to list.

I am a reincarnation of Cassandra and I have been sentenced to live in the hell of a society in which the majority of people are deaf, dumb and blind.