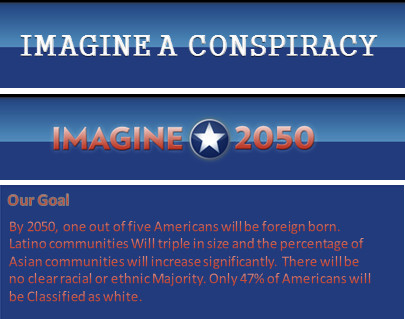 This is the third article in the series on Idaho’s Culture War.

The reason for taking a hard look at the Center for New Community (CNC) is because Eric K. Ward, Executive Director of the Western States Center went to work for the CNC after the Northwest Coalition Against Malicious Harassment, Inc. (NWCAMH) aka Northwest Coalition for Human Dignity, Inc (NWCHD) was shut down in 2003.  Leonard Zeskind who was the Treasurer of NWCAMH when they were shut down also started writing for CNC.  Zeskind then went on the found the hate mongering “research” group called the Institute for Research and Education on Human Rights (IREHR).

Tracing the work history and connections in this leftist network reveals the true agenda which is in fact, a communist agenda to take down the west.  The Western States Center and all connected groups are an un-American insurgency in the United States.

+Institute for Research and Education on Human Rights

Use the search feature to find others smeared by IREHR.

The Center for New Community was founded in 1995 in Chicago as a faith-based community organization engaged in “building democracy”.

The World Trade Organization was also formally established in 1995 (vote was in 1994).  The WTO included cross-border trade in services.  A service is a person or a job.  Trade in services turned people into commodities for trade.

While there is no direct connection between the Center for New Community (CNC) and the WTO, the mission of CNC corresponds to the treasonous objective of defense of “imported workers” and suppression of dissent by American workers who were losing their jobs to cheap imported labor. As you read this article about the CNC keep in mind cheap labor as a commodity and how the CNC  mission fits right into that agenda.

[Note:  The Chicago Board of Trade is a commodities market.  Research Rahm Emmanuel’s role in getting the Senate to vote affirmatively on the Uruguay Round of trade that established the WTO.]

“There is no job that is America’s God-given right anymore. We have to compete for jobs.” Carly Fiorina, CEO HP 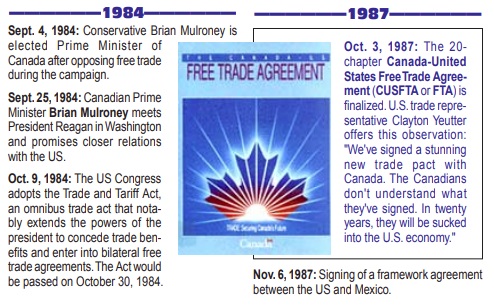 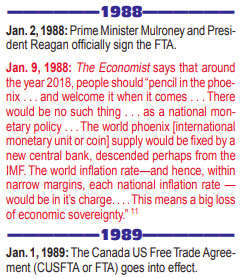 As described in Part 2 of Idaho’s Culture War, the Northwest Coalition Against Malicious Harassment, Inc. was established in 1987.  The NWCAMH was a multi-state organization with government officials, law enforcement and race-religion special interest groups as members.  1987 was also the year that the US-Canada free trade area became effective.

[Note:  the links into the Internet Archive are not necessarily sequential by year because of the gyrations required to find pages in the Archive.]

By 2002, the website for the Center for New Community (CNC) was more developed and they had more content but with the same two initiatives.

It’s on this website that the true character and true mission of the CNC begins to be revealed.  The organization is not just domestic but they are networked internationally.

Here is a background report on Glenn Spencer and the American Patrol. Notice that Spencer’s focus is on illegal migration coming from Mexico.  [Note:  I wrote about the mass illegal migration as well].  I remember Glenn Spencer’s Group because the town of Idaho Falls was being massively invaded by illegal aliens at the time.  MS-13 was tagging all over town and I became engaged trying to figure out what the hell was going on. Patriot groups were forming all around the country to try and stop this human wave of illegal migration and Glenn Spencer’s group was one of them.

Notice how CNC turns everything Spencer says into ugly accusations of racism.   Spencer was  worried that our country was being invaded and our borders were porous to enable it – the same situation we are in today.  No borders.  No country.  Backing up to the mission statement on a previous page about fighting “organized racism”.  What is organized racism?  Putting the pieces together, in the context of our country and defense of our borders, plus the Imagine 2050 goal, America itself could be construed as “organized racism” and in the twisted and demented world of this leftist movement, that would seem to be the case.

Recapping –  the CNC is one organization in a network of organizations  that de facto, support globalization, the end of borders and nation-states, and the importation of cheap labor to displace American workers and change the demographics of America.  The organization grew out of urban inner city area to focus on small rural towns (agricultural areas) and cities – exactly as Jesse Jackson, leader of the Rainbow Coalition described in a broadcast meeting of the Wall Street Project:

The  “surplus culture” over “deficit culture”.    Connect Wall Street to Harlem and Harlem to Appalachia.

In a normal world in which 1 + 1 is 2, this would be called war.  In this dystopic world of rule by freaks, nothing to see here, just move along.

The Center for New Community is a national organization committed to building community, justice, and equality. The Center is grounded in many faith traditions, and builds community where the dignity and value of all humanity is manifest.

Established in 1995, it has grown from a vision to an organization working nationwide to cultivate civic life and advance systemic change, in partnership with local leaders, organizations, congregations, and other institutions. The need to build democratic and inclusive community has seldom been greater.

By 2011, the Center for New Community was fully out of the closet in terms of working on an un-American agenda by targeting the few groups that were trying to get passed, immigration reform.

Notice the Imagine 2050 button on the right of this PAGE.

Notice the names of writers on the right – in particular, Eric K. Ward. 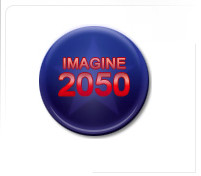 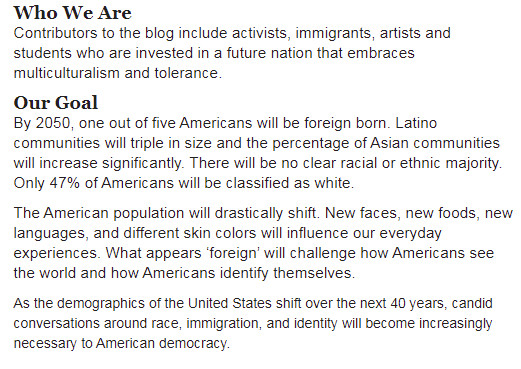 The “shift” in demographics is not a normal phenomenon.  It is an engineered change in the demographics of the country – and that’s called WAR!

It is my hope that by the time you investigate all the information on this page, you will realize that changing the demographics in our country is IN FACT a conspiracy.  The accusation of racism and our civil rights law are being used as weapons against American patriots who try to stand up against the agenda of taking America down.  The worst part of all is that these racist communists are embedded in our government.

In 2015, the Center for New Community with the full backing of the Department of Justice to bring the agenda out into the open.  Notice how they refer to Americans who object to the agenda as “nativists”: 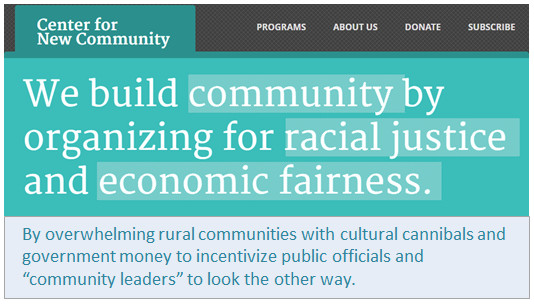 Here is an article on the CNC website about a group of Canadians – Anti-Globalists who protested the G8 meeting that was being held in Canada.  They were made out to be neo-Nazis hiding behind a facade of a movement that started on the left (ref. Seattle Riots) to protest globalization (global “capitalism”).  The only logical explanation is that the CNC were defenders and supporters of globalization and that the goal of globalization is the end of the nation-state which is consistent with their attack on Glenn Spencer and the American Patrol. 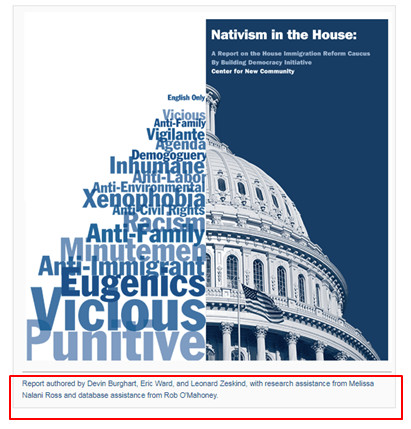 In 2015, as word got out about the refugee resettlement being run by contractors to the Public Health  System and College of Southern Idaho, the Idaho III% organized a couple of protest marches – one in Twin Falls and one in Boise. For the Boise protest, there were counter protesters – supporting the refugee resettlement system.  The banner identifying the Interfaith Alliance was taken at the event.  If you look at the Center for New Community links above, you’ll see that the Alliance was one of the organizations named as being part of the “faith-based” community organizers which says to this writer that the counter protest was probably organized by the Western States Center. 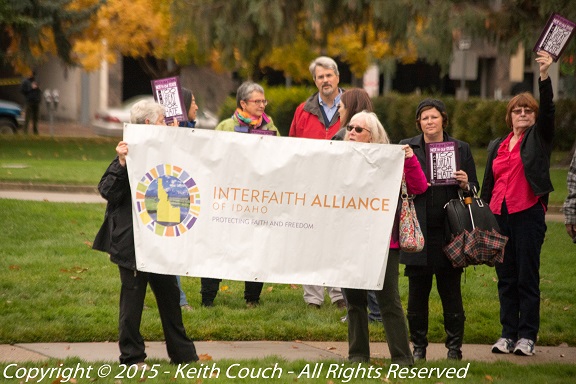 Read this story and it will show you how this network of marxist-communists operate: