A couple of days ago, Casey Whalen received a response to a FOIA  request to the City of Coeur d’Alene.  On page 494 of 706 page response, there is an email invitation to city officials from the Council on Foreign Relations.  The name of the webinar is Gun Violence, Public Health, and the Safer Communities Act.  The invitation was from Irina A. Faskianos, Vice President of  National Programs and Outreach for State and Local Officials.   The two invited speakers are:

Gupta and Oransky “will discuss gun-related deaths as a public health problem, approaches to preventing firearm related-deaths in the United States and abroad, and the recently passed Bipartisan Safer Communities Act and specific provisions concerning states and localities. . . [Note:  read past the renaming of post offices.]

As background, you may wish to review Dr. Gupta’s article on thinkglobalhealth.org, The Global Experience of Gun Control and Everytown for Gun Safety‘s factsheet, After a Landmark Federal Law, What’s Next for Gun Safety in the States?

Almost the first thing out of Gupta’s mouth:

Gun violence is a public health emergency. This is—this is an issue that I know has been politicized, that is obviously controversial. And so I want to acknowledge that up front . . . But let me try to frame this with some facts here that I think are incontrovertible. And I say this as an ICU physician that has seen what gun violence does to the human body, both as a civilian in civilian hospitals in the U.S. and also as a deployable doc that has seen what assault weapons do to the human body, to our deployed soldiers . . . I do as a critical care or transport physician for the Air Force and try to save their life and transport them back home.

So what’s the problem with this besides the fact that gun violence is a law enforcement problem and NOT a public health issue?

For starters, the Public Health Service is a branch of the MILITARY.  Like all our military services, they are under civilian leadership but that changes nothing.  Public Health is MILITARY.

The Surgeon General, Vivek Murthy is the MILITARY leader of the Public Health Service Commissioned Corp.

History of the Public Health Service.

The newly emerging science of bacteriology was just beginning to make its impact felt on medicine in the late nineteenth century (e.g., by aiding in the diagnosis of infectious diseases). In 1887 the Service established a bacteriological laboratory at the Marine Hospital at Staten Island. Originally concerned mainly with practical problems related to the diagnosis of disease, the Hygienic Laboratory, as it was called, was later moved to Washington, D.C., and became a center for biomedical research, eventually known as the National Institutes of Health.

Under the New Deal PHS became more involved in the broader health concerns of the nation. The Social Security Act of 1935 provided PHS with the funds and the authority to build a system of state and local health departments, an activity that it had already been doing to some extent on an informal basis. Under this legislation the Service provided grants to states to stimulate the development of health services, train public health workers, and undertake research on health problems. These programs were to be aided by the Federal government but run at the state and local level, joining the various government units in a public health partnership.

. . . Another legacy of World War II grew out of a wartime program of PHS to control malaria in areas around military camps and maneuver areas in the United States, most of which were established in the South. Over the course of the war, the Malaria Control In War Areas program, based in Atlanta, expanded its responsibilities to include the control of other communicable diseases such as yellow fever, dengue, and typhus. By the end of the war, the program had demonstrated its value in the control of infectious disease so successfully that it was converted in 1946 to the Communicable Disease Center (CDC). The mission of CDC continued to expand over the next half century, going beyond the bounds of infectious disease to include areas such as nutrition, chronic disease, and occupational and environmental health. To reflect this broader scope of the institution, its name was changed to the Center for Disease Control in 1970. It received its current designation, Centers for Disease Control and Prevention (but retaining the acronym CDC), in 1992.

2006 (and beyond)—The Commissioned Corps continues to fulfill its mission to protect and promote the public health of our Nation. With more than 6,000 active-duty officers, the Corps is working both nationally and internationally to create a global world free of preventable disease, sickness, and suffering.

Last week, Steve Bannon gave an overview of the scamdemic.  One of his guests was Dr. Harvey Risch, Harvard University on and he confirmed the report that the Public Health System is MILITARY.

Recall that following the demolition of the World Trade Center Towers on September 11, 2001, there was the anthrax biological attack on the country.  The anthrax attack was shadowed by the news coverage of the WTC.  It’s worth remembering that several news people received anthrax letters.

The anthrax attack served as the cause for Congress to begin legislating the Public Health System into the Federal Emergency Management System.

‘‘(E) FOREIGN NATIONALS ELIGIBLE.—The Secretary may
under this section award contracts, grants, and cooperative
agreements to, and may enter into other transactions with,
highly qualified foreign national persons outside the United
States, alone or in collaboration with American participants,
when such transactions may inure to the benefit of the
American people.”

‘‘(F) ESTABLISHMENT OF RESEARCH CENTERS.—The
Secretary may assess the feasibility and appropriateness of
establishing, through contract, grant, cooperative agreement,
or other transaction, an arrangement with an existing
research center in order to achieve the goals of this
section. If such an agreement is not feasible and
appropriate, the Secretary may establish one or more
federally-funded research and development centers, or
university-affiliated research centers, in accordance with
section 303(c)(3) of the Federal Property and Admin-
istrative Services Act of 1949 (41 U.S.C. 253(c)(3)).

It’s obvious that the suggestion that gun violence is a public health problem, their intent is to disarm the American people.  The impression the media is trying to give is that it is due to the  latest spate of mass shootings.  That’s not true.  The idea of gun violence being a Public Health problem goes back to 1991.  It’s a continuing narrative in academic circles.  Each shooting serves the purpose of giving currency to the idea.  Think dialectics.

The following is from prior research on Broward County.  1991 was the beginning of linking violence and Public Health.

On October 16, 1991, the FBI Academy held an event on Community Policing. The following video clip includes the introduction of the Deputy Director of the FBI, an excerpt of the presentation by Deborah Prothrow-Stith, MD, Harvard University, Public Health, and Robert Trojanowicz, author of the book: Community Policing, Criminal Justice and Policy at the Harvard, Kennedy School of Government. The full video can be viewed HERE.

Another article that was written at the same time was The Face of Evil.  This article documents the “partnership” between the Department of Energy and the National Institutes of Health to build a research infrastructure (that became the Internet) that was signed in 1988.  The purpose of building the infrastructure was for the Human Genome Project that was initiated formally in 1990.

Referring back to the history of the Public Health System above, you’ll see that the National Institutes of Health is a biomedical research facility of the MILITARY Public Health System.   So put the picture together, the MILITARY Public Health System working with the Department of Energy built the medical research infrastructure (Internet)  and they worked with the FBI and Lee Brown, New York City Police Department and President of the International Association of Chiefs of Police Department to begin defining “COMMUNITY” programs that from 1991 to today have served to capture American cities – both rural and urban with the COVID scamdemic designed to be the Public Health coup d’etat on our people and in fact, an attempt to execute a coup d’etat in locations around the world which is why the Council on Foreign Relations is involved.

The people who have cooperated with this attempted coup d’etat by the Public Health System have committed unspeakable war crimes against humanity – not just here but around the world.

Can you say Nuremberg Trials anybody?

Oh, one more thing.  It’s the Public Health System that is doing refugee resettlement – the American population replacement program.  Factor that into your thinking.

Amy Evans, City Council. Evans was among the council members who voted to impose a brief mask mandate last year.

Christie Wood, City Council. Retired as a sergeant from the Coeur d’Alene Police Department. Prior to CDA PD, Christie was a law enforcement specialist in the U. S. Air Force. Christie has been a member of the Kootenai County Task Force on Human Relations since 2007, filling the law enforcement seat. She has served as president of the organization for the past nine years.  Her interests are education, public safety, and public governance.

Kiki Miller, City Council. : She has served as a Coeur d’Alene Chamber of Commerce Executive Director, as a Women’s Center Board Member (regional domestic violence organization). She also received Woman of the Year honors from the local Soroptimist organization and has volunteered or been appointed to several leadership roles for numerous organizations and nonprofits as well as managing several area events. 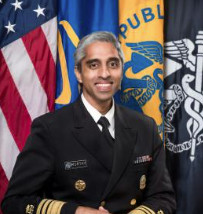 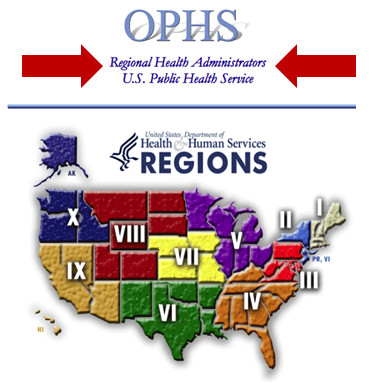