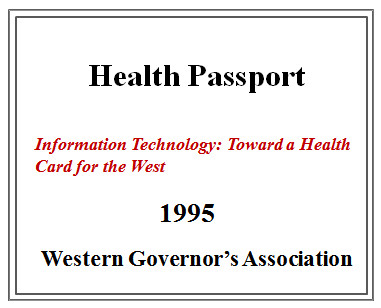 The Human Dimension of Global Governance

In the recent article titled Idaho’s Illegitimate Government, one of the factors that formed the basis of the opinion that Idaho no longer has an independent judiciary was the evidence that Idaho Supreme Court Justice G. Richard Bevan signed a public health order for the courts on September 22, 2021. The Court was subjugating itself to the Public Health System due to a declared national and state Public Health Emergency.

The obvious question was why did Judge Bevan do that? The thought did occur to me that there might be a connection to legislation that was passed in 2015 (S.1067-H0001) by the Idaho Legislature that required Idaho judges to honor international court orders.

In the spring of 2015 just before the Idaho legislature was about to recess for the year, there was a piece of legislation that the Idaho Senate voted on that was then headed for the Idaho House. The bill was S.1067 and it included direct reference to the 2007 Hague Convention on International Recovery of Child Support and Family Maintenance Act. The following is the language in the S.1067  Statement of Purpose:

From April 4, 2015 through May 15, 2015 when the Idaho State legislature voted to pass this legislation in an extraordinary session of the legislature, I was engaged in a total immersion, crash course on The Hague, the Uniform Law Commission, the HHS/ACF, the requirement for states to pass this legislation and so much more. It was a treasonous act for the Idaho legislature to vote to bind Idaho’s court system to an international law convention. And they did it for money – federal money and access to federal systems.

Frankly, I did not want to relive that month and half with the stress and horror of trying to understand what was going on with the S.1067 legislation that was being pushed by the HHS/ACF which is also the agency that funds and directs the refugee resettlement system.  It is the Public Health System in Idaho that does refugee resettlement.  Presumably that is true in other states as well.   So the hierarchy is HHS/ACF – Public Health – Refugee Resettlement.

While the 2007 Hague Convention on International Recovery of Child Support and Family Maintenance Act was ostensibly about cross border cooperation in child support recovery, it was actually more about setting up an IT System that can only be defined as a global governance system – virtual, unseen and unknown to the public.  It should be noted that Family Maintenance is an ambiguous term.  It can be anything inside or outside the home related to relationships between people.

Global Governance is a Cross Border IT System

iSupport is a Global Governance System 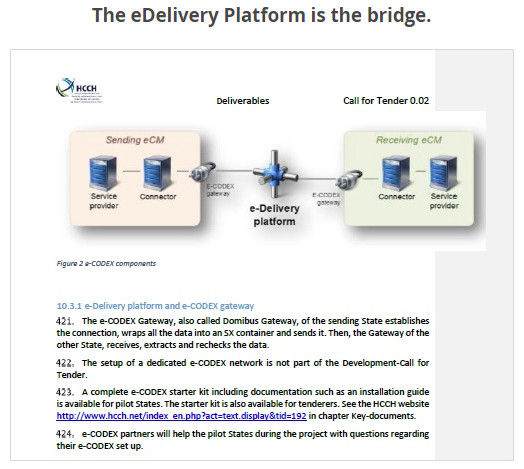 After doing some cogitating on all the above and everything related that I’ve researched, I started looking for more information from previous research.  That’s when I found the Health Passport proposal from the Western Governor’s Association that was published in 1995.

Scrolling down, Twin Falls County is listed as a Health Passport Project demonstration location.  The partners listed are Southern Idaho (presumably the community college), Medical Information – too ambiguous to determine who that was except Medicaid, and a Network called SIMIN.  A search did find that an organization called Southern Idaho Medical Information Network, Inc. (SIMIN) did exist as an organization between 1994-1997.

It was also found that a Utah attorney, Mark D. Stubbs, formerly a resident of Idaho was on the Board of SIMIN.

The initiative of the Western Governor’s Association for a medical records information network had to be connected to the federal initiative to nationalize medical records that was kicked-off in 1990 with an inquiry from the senate to the GAO.

In 2008, Idaho’s theft and aggregation of medical records was achieved when the statewide Idaho Health Data Exchange was opened for business.  It’s theft because they made the system an OPT-OUT rather than an OPT-IN.

In 2005, Michael Leavitt who was at the time, the Secretary of HHS gave testimony to the Committee on the Budget in the Senate on Health IT.   The trick of course was how to get doctors to participate – to defile and betray the doctor-patient relationship.  That was easy – money as a bribe and regulatory racketeering if money failed.  That’s how the hospitals became the centers for public health with public health really being the keepers of the information systems.  The hospitals already had IT systems and the expertise to run them.  The costs for electronic health records for individual or even groups of physicians were prohibitive.

In 2001, the Idaho Observer was on top of the story: Emergency powers proposal would usher in martial law under guise of “public health”.

The Administration for Children and Families is comprised of 21 offices including the Office of Regional Operations, which represents 10 regional offices around the country. Each office is specialized in its mission, supporting a variety of initiatives that empower families and individuals and improve access to services in order to create strong, healthy communities.

The org chart on the page lists the 10 HHS regions and the location of the main office for each region.

Those regions correspond exactly to the FEMA regions with the exception of Palau in Region 9. Where is Palau? It’s in the South Pacific near the Philippines. Never heard of it before today.

So now we know they’ve been building the nationalized medical records infrastructure over decades and they planned for FEMA and the Public Health System under the HHS/ACF to take over as population health managers.  On January 31, 2020 when Secretary of HHS, Alex Azar declared a public health emergency following by the Trump proclamation of a national emergency concerning a virus.

We also know that it’s international because some of the American states are beginning to talk about health passports  as are the states of the European Union.

EU Digital COVID Certificate:  Everything you need to know

The certificate, however, will log three things: the holder’s vaccination record, negative tests, or a record of previous infection — which should make travel easier.

The Hague is actually the name of a city in the Netherlands but the name is used interchangeably with the Hague Conference on Private International Law (HCCH).    Scroll down on that page and you’ll see the areas of law they cover.  Those are areas of law that should be completely and totally domestic under the laws of the United States and the individual laws of the states.  What they did with the UIFSA  was to bring private law under the international system.  Another way of understanding this is that the HCCH is the human dimension of globalization.

On January 4, 2022, Joe Allen, the correspondent for all things transhumanism on Steve Bannon’s warroom made an appearance.  Allen’s subject was Parag Khanna and Khanna’s vision of a borderless world.  It’s not actually Khanna’s vision.  He apparently is the chosen one to tell the world how telecommunications and organized, interconnected networks are changing the world.  Call it globalization.

“I believe we focus on the lines that cross borders, the infrastructure lines. Then we’ll wind up with the world we want, a borderless one. Parag Khanna, 2009, TED talk, Mapping the future of countries. “

Notice that Steve and Joe call Khanna a Davos man.  It’s worse than that actually.  The New America Foundation is the homegrown globalist terrorist organization behind the subversion of the American nation-state.

This is how we are losing our country.  It’s because the leaders of our country lost control of the country when they chose to globalize  IT systems for an interconnected world.  I think that most of them had no idea they were giving up the power to govern and the sovereignty of our nation-state.