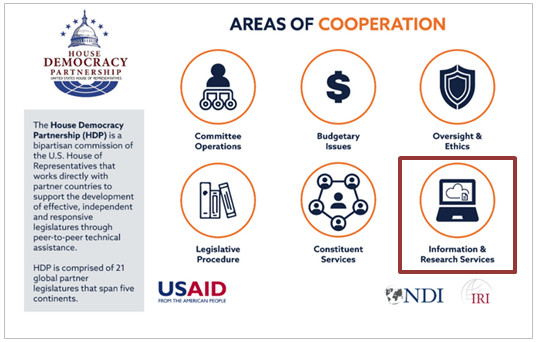 The Underworld of Global Governance

[Note:  I’m publishing this even though it needs more work but I wanted to be able to share some of the info in it with other people.]

Do members of Congress have to register as foreign agents when they collaborate directly with members of foreign governments?  With what the Democrats just tried to do to President Trump for making a phone call, one would think so.  The question came to mind as I was reading about the House Democracy Partnership (HDP).

The following is from the HISTORY section on the HDP website:

The House Democracy Partnership is the indirect successor to the Frost-Solomon Task Force, which provided assistance to the legislatures of 10 new democracies in Central and Eastern Europe from 1990-1996. Inspired by their participation in the Frost-Solomon Task Force’s activities, Representatives David Dreier and David Price collaborated to revive and expand its mission. On March 14, 2005, the House of Representatives voted to establish the House Democracy Assistance Commission with a mandate to work with emerging democracies throughout the world (H. Res. 135).

In 2009, the Commission’s name was changed to the House Democracy Partnership (HDP) to better reflect the spirit of partnership and cooperation with which it engages its partner legislatures.

In the Areas of Cooperation, one section in particular captured my attention:

LIBRARIES AND RESEARCH SERVICES: Specialists from the Congressional Research Service and Library of Congress collaborate to improve or establish legislative libraries and research services.

There were three partner countries that captured my interest in particular:

A couple of days ago, I published an article about Afghanistan and the SIGAR, John Sopko.  Sopko recently delivered a report to Congress about the money lost and/or wasted in Afghanistan.  His report was the same as it was last year and the year before that which is what triggered the closer scrutiny.

Of course, we’ve heard nothing else but Ukraine and a phone call leading to a frontal attack on the President for the last how many months?   There was mention of a server in Ukraine connected to election manipulation, the DNC and possibly the death of Seth Rich.

The big question with Imran Awan was what was he doing working on computers for members of Congress and in connection with the DNC, the Chairwoman at the time being Debbie Wasserman Schultz?   It would seem a safe bet that Awan was working for the House Democracy Project.

Before I started looking at Pakistan, I was looking at the HDP and the name change that occurred in 2009.  It’s always a good idea to look at why the name of an organization is changed so I searched on the old name House Democracy Assistance Commission and Frost-Soloman.   One document found on Thomas was a Rules Committee meeting.  The first topic listed was the providing consideration of H.R. 1886, Pakistan Enduring Assistance and Cooperation Enhancement Act of 2009 (PEACE Act).

Pakistan Enduring Assistance and Cooperation Enhancement Act of 2009 or the PEACE Act of 2009 – Title I: Democratic, Economic, and Social Development Assistance for Pakistan – (Sec. 102) Authorizes the President to provide assistance for Pakistan to support: (1) democratic institutions in order to strengthen civilian rule and long-term stability; (2) the judicial system, the rule of law, and law enforcement; (3) economic development; (4) national, provincial, and local governmental and nongovernmental institutions; (5) public education; (6) human rights, including programs to strengthen civil society organizations that promote internationally recognized human rights; (7) health care; and (8) public diplomacy to promote a better understanding of the United States and to combat militant extremism.

(Sec. 104) Establishes in the Treasury the Pakistan Democracy and Prosperity Fund.

Title IV: Duty-Free Treatment for Certain Goods from Reconstruction Zones in Afghanistan and Pakistan – Afghanistan-Pakistan Security and Prosperity Enhancement Act – (Sec. 403) Authorizes the President to designate Reconstruction Opportunity Zones in Afghanistan or Pakistan upon a determination that the appropriate country: (1) has established or is making progress toward establishing a market-based economy, the rule of law, and certain economic policies; (2) is eliminating trade and investment barriers; (3) does not engage in activities that undermine U.S. security or policy interests; (4) does not engage in gross violations of human rights; and (5) does not provide support for acts of international terrorism.

Directs: (1) the Secretary of the Treasury to promulgate regulations setting forth customs procedures similar to specified North American Free Trade Agreement (NAFTA) requirements; and (2) the President to deny all benefits under section 405 of this title for five years to an entity that has engaged in unlawful transshipment.

(Sec. 407) Continues, after an initial 16-month period, the duty-free treatment of such articles from a Reconstruction Opportunity Zone in Afghanistan or Pakistan only if the President certifies to Congress that certain requirements have been met regarding: (1) establishment of a program to require textile or apparel exporting enterprises to participate in a technical assistance, capacity building, compliance assessment, and remediation program; and (2) designation of a labor official to oversee such program.

A search on the name Peace Act brought up a current piece of legislation that also has the word Durable in it like the Peace Act for Pakistan so I brought that up too.

The other day, when I was looking at all things Afghanistan, I watched a video produced by CSIS attempting to make the case that we need to stay in Afghanistan.  They mentioned briefly that there were negotiations with the Taliban but that the Afghanistan government was left out of the discussions.  Very odd.

Looking at the legislation, is a bit disturbing to say the least:

(14) The Haqqani Network is subsumed under the larger Taliban umbrella network, but maintains distinct command, control, and lines of operations. The Haqqani Network leader is Sirajuddin Haqqani, who is also the deputy leader of the Taliban and oversees armed combat against United States and coalition forces.

I thought I remembered the Haqqani Network being involved in the illicit sales of nuclear technology and know-how.  I didn’t find that – yet – but I did find this:

The Haqqani network is a militant Islamist group operating in Afghanistan and Pakistan. It is considered a branch of the Afghan Taliban, but operates independently from the organization and has a more diffuse command structure.* It originated in the late 1970s but rose to prominence in the resistance to the Soviet occupation of Afghanistan in the 1980s. After the 1989 Soviet withdrawal from Afghanistan, Jalaluddin Haqqani formed an alliance with the Taliban and supported the growth of al-Qaeda.

Since the Taliban regime’s overthrow in 2001, the Haqqani network has been a lethal and sophisticated arm of the Afghan insurgency against the Western-backed government in Kabul. The Haqqani network’s base of operations is located near Miramshah, in North Waziristan, part of Pakistan’s Federally Administered Tribal Areas (FATA).* Although it has cooperated with and even praised al-Qaeda, the Haqqani network focus is regional, not global like al-Qaeda’s. Indeed, according to declassified U.S. intelligence, the Haqqanis enjoyed close ties with the United States from the time of anti-Soviet jihad in the 1980s until September 11, 2001.

March 14, 2006, Price, The House Democracy Assistance Commission is off to an energetic and encouraging start