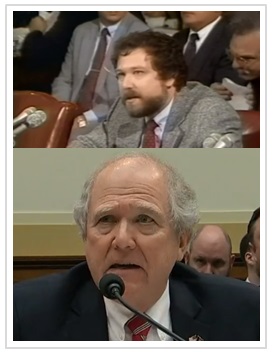 On January 15, 2020, there was a hearing on Afghanistan Reconstruction.  John Sopko, the Special Inspector for Afghanistan Reconstruction (SIGAR) testified.  For me, it was deja vu.  I’ve heard the same testimony year after year after year – billions wasted, nothing accomplished, what was done was shoddy and must be redone.  In straight talk, Afghanistan is a money sink – billions and billions of dollars flushed into this corrupt cesspool.  How many lives lost and destroyed?

My intent was to go back into the C-Span archives to find hearings from previous years to take clips of John Sopko giving exactly the same report so I searched on his name.  Son of a gun.  The first appearance of John Sopko was in 1987.  Sopko was an aide to Senator Sam Nunn and the subject of the hearing was how the U.S. was handling Soviet Defectors.   The following is the description on this hearing.  To the right are three video clips from that hearing. 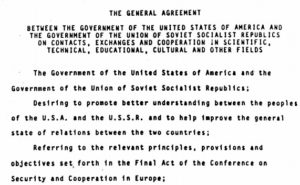 Helsinki Final Act which was signed in 1975.  In 1985, the U.S. signed an agreement with the Soviet Union for exchanges and cooperation in the scientific, technical, education, cultural and other fields.

Sam Nunn’s problem would have been how to bring communists into our country and embed them into their fields of specialty without letting the American people know what he was doing.  That’s what this hearing was about.  They deceptively called the communists they intended to bring into this country defectors when they weren’t defectors at all.  They would have been trusted communists by the government of the Soviet Union.

In 1987, the National Citizens Alliance – made famous by Charlotte Iserbyt, published a full page advertisement in the Washington Times exposing the agreement and the plan.  Click on the image to display the article and make sure and read the section titled Soviet Child Stealing and Torture – noting especially the references to Afghanistan.

The suggestion by Sopko was to use the Afghani Mujaheddin (Osama bin Laden) that were fighting the Russians (allegedly) as the pipeline for Soviet soldiers to defect.  It doesn’t take a whole lot of imagination to see how this would work.   The resettlement organization that was take the hand-off of “soldiers” would be the International Rescue Committee (IRC) – an organization that has a history of bringing communists to the United States since 1931 according to the testimony.   Good choice.   In Lawrence Martin-Bittman’s testimony, he suggested setting up fellowships at the universities to give jobs to the “defectors” with the State Department picking up the bill.  Listen to what Bittman says about the Soviets and psychology, human intelligence, etc.  They must be psychic predators because looking back, what they’ve done to this country is astounding – aided and abetted by our very own Congress.  We don’t need enemies.  We have our Congress.

It’s a mistake to look at Afghanistan as if it was a war.  It wasn’t a war.  It was a campus for workforce development in the security sector.  That’s why so much money has been spent with nothing to show for it but a lot of dead and crippled people.  It began as a deception and it continues to this day as a deception.  It is a case study in “train like we fight” – building the global workforce for security. 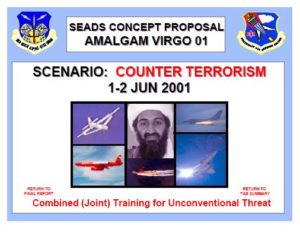 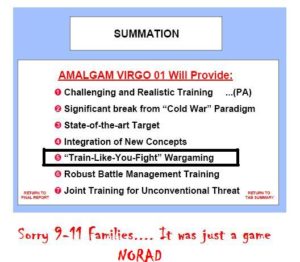 You don’t have to believe me.  You can hear it from John Sopko himself.  He’s been in on the gag from the beginning. 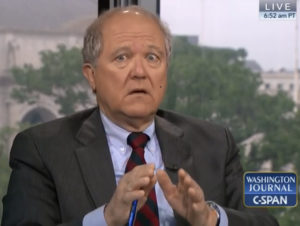 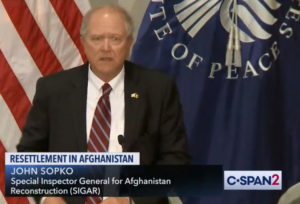 Link to SIGAR’s website where the reports are located: HERE

This video is related to Sopko’s story by virtue of the timeframe when he was working for Sam Nunn and the suggestion of establishing a pipeline for Soviet defectors and the timeframe covered of the Risen and Bearden book: The Main Enemy: The CIA’s Final Showdown with the KGB. 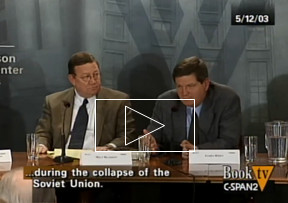 Link to SIGAR’s website where the reports are located: HERE

Video Clips from the 1987 hearing on Communist Defectors

War for the Technorati

Negative Shadow of the Future

The American Military as Hostages

The Joker and the Fool

The Purple Revolution: War on Culture, War on Ideology