Home Superhighways The Joker and the Fool 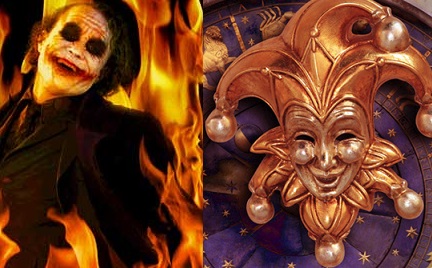 The Joker and the Fool

On the Nuclear Threat Initiative (NTI) website, there is a brochure documenting the history of how Sam Nunn came to write the legislation for the Nunn-Lugar Cooperative Threat Reduction legislation.  The following is an excerpt: 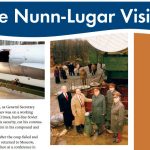 In August of 1991, as General Secretary Mikhail Gorbachev was on a working vacation in the Crimea, hard-line Soviet leaders penetrated his security, cut his communications, detained him in his compound and launched a coup.

Three days later, after the coup failed and Secretary Gorbachev returned to Moscow, Senator Sam Nunn, then at a conference in Budapest, received an urgent phone call from a long-time Russian friend, pressing him to come to Moscow immediately. Nunn arrived the next day, heard raucous debates in Parliament, saw angry demonstrations on the street and with the sense that a new country was being born, visited Mikhail Gorbachev in the Kremlin.

The Soviet leader tried to assure the Senator that things were under control, but as Nunn left the meeting, he asked: “Did you retain command and control of nuclear weapons during the coup?”

Gorbachev did not answer. In Nunn’s mind, that was answer enough.

Gorbachev’s speech to the United Nations in 1988 when he mentioned communications, mass information and transport couldn’t possibly be a coincidence with what followed the August Coup. The timeline for the transportation technology projects in Europe and Germany in particular coincide with the beginning of the transportation technology project in the U.S.  All events line up as if strategically planned using a Gantt Chart with the August Coup serving as the milestone event for the next phase. Significant support for that idea is the fact that nobody was executed for the failed attempted coup on the Soviet government. That was a first in Russian history.  Also, the NTI brochure doesn’t say this, but Sam Nunn was at an Aspen Institute conference in Budapest when the alleged attempted coup occurred.  This put Sam Nunn in position to be able to fly to Moscow without public scrutiny.

The theatre of an attempted – but failed coup served as a dialectic to justify building a global logistics system with point-to-point tracking including chain of custody to prevent loose nukes of a collapsed Soviet Union from falling into the hands of terrorists.

In 1993, Ron Dellums was Chairman of the Armed Services Committee.   H.R. 2401, The National Defense Authorization Act for Fiscal Year 1994, included

(1) Facilitate, on a priority basis, the transportation, storage, safeguarding, and elimination of nuclear and other weapons of the independent states of the Former Soviet Union…

(3) Facilitate, on a priority basis, the prevention of diversion of weapons-related scientific expertise of the independent states of the former Soviet Union to terrorist groups or third world countries.

(A) the demilitarization of the defense-related industry and equipment of the independent states of the former Soviet Union, and

(B) the conversion of such industry and equipment to civilian purposes and uses.

(5) Expand military-to-military and defense contacts between the United States and the independent states of the former Soviet Union.

The operative word in Title XII is Cooperative.  The so-called Peace Dividend of the 1990’s was money taken from the military for the purpose of integration of the military into the domestic economy as they were doing the same thing to the Soviet military — hence Defense Conversion.

The plan to embed the military into the domestic economy included reorganization of the Defense Department and roles of the Armed Forces.  A commission was established for that purpose:

Title IX –Department of Defense Organization and Management, Subtitle E–Commission on Roles and Missions of the Armed Forces:

(1) The current allocation of roles and missions among the Armed Forces evolved from the practice during World War II to meet the Cold War threat and may no longer be appropriate for the post-Cold War era.

(2) Many analysts believe that a realignment of those roles and mission is essential for the efficiency and effectiveness of the Armed Forces, particularly in light of lower budgetary resources that will be available to the Department of Defense in the future.

(3) The existing process of a triennial review of roles and missions by the Chairman of the Joint Chiefs of Staff pursuant to provisions of law enacted by the Goldwater-Nichols Department of Defense Reorganization Act of 1986 has not produced the comprehensive review envisioned by Congress.

(4) It is difficult for any organization, and may be particularly difficult for the Department of Defense, to reform itself without the benefit and authority provided by external perspectives and analysis.

SEC. 952. ESTABLISHMENT OF COMMISSION.
(a) ESTABLISHMENT.—There is hereby established a commission to be known as the Commission on Roles and Missions of the Armed Forces (hereinafter in this subtitle referred to as the ‘‘Commission’’).

(2) The Commission shall be appointed from among private United States citizens with appropriate and diverse military, organizational, and management experiences and historical perspectives.