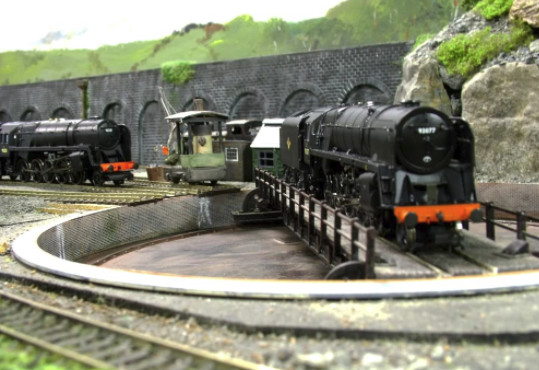 Turning the Tables: Convergence of Timelines

On February 26, 1990, the Transportation, Commerce & Communication Committee of the National Governor’s Association held a meeting that was broadcast by C-Span.  Their purpose was to discuss transportation and electronic communications issues.   FCC Chairman Alfred Sikes and the Secretary of the DOT, Samuel K. Skinner were the invited guests.  The issues discussed in this meeting prove there was a linkage between transportation policy in the U.S. and what was happening in Europe.  EC 92 was discussed as a factor in the policy changes the governors were considering.

The significance of EC 92 being a factor in transportation policy is that it means there was a convergence of timelines.  The Berlin Wall came down in 1989; German re-unification occurred in 1990; August Coup in the Soviet Union – Gorbachev ousted in 1991 – came to the U.S. in 1992.  European Union established in 1992 with the Maastricht Treaty.  NAFTA negotiations began in 1990 – Enterprise of the Americas initiative; NAFTA negotiations completed in 1992, voted on in 1993 – creating “a community” of the North American countries.  Community is the first step towards ultimately creating a Union of nations like the Soviet Union and the European Union.

With the convergence of timelines and the benefit of history, it’s safe to say that between 1990 and 1992, the tables were turned.  It was North America’s turn for unionization. 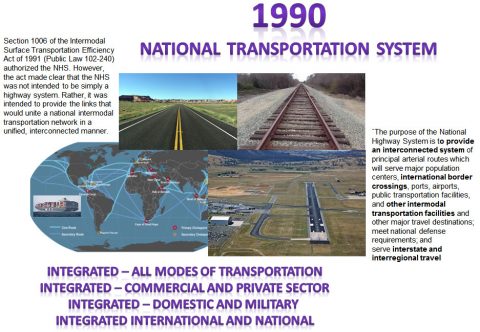 Every mode of transportation has a docking station suitable to the mode. 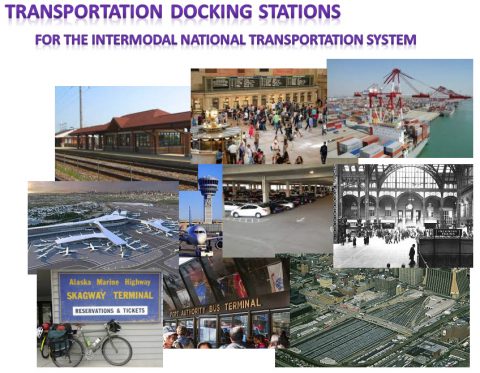 The following are three video clips from the Governors meeting.  The issues they discussed at this meeting are connecting threads that in 1990 were just hints at what was to come.

Governor Kay Orr from Nebraska was the Committee Chair.  She opened the meeting with a mention of a research report that was done for the Governors.   Greater fuel efficiency engines was causing a decline in tax revenues for highway maintenance.  Plans for alternative fuels was going to an even greater impact on revenues and they needed to deal with the issue.

FCC Chairman Sikes said that increasingly, the electronic infrastructure (telecommunications) was becoming a major issue in terms competitiveness.  Businesses were making their location decisions based on the availability of state of the art telecommunications infrastructure.  He talked about state and federal regulatory policy being a bottleneck for modernization and that the consent decree for the break up of AT&T was preventing AT&T from innovating since state regulatory policy was focused on keeping the price low for phone service.  He talked about a surtax on telecommunications with an agreement that the increased revenues be used to modernize the communications infrastructure.  He said that there was a $1 trillion market worldwide for services related to telecommunications.   He said that when General Motors wanted to expand and upgrade their telecommunications network, they bought Ross Perot’s Electronic Data Systems (EDS).  Private networks like were going to be a problem in terms of competition.  In response to a question by Kentucky Governor Wallace Wilkinson concerning EC 92 and the GATT negotiations, relative to the telecommunications issues, Chairman Sikes talked about his discussions with the US Trade Representative concerning reciprocal surtax (supra-profit pricing) negotiations because the Europeans were using a surtax on telecommunications for modernization and if we didn’t reciprocate – allowing European companies to capture a surtax here for modernization, European market would be closed to American telecoms.

Secretary of the Department of Transportation, Samuel K. Skinner

Secretary Skinner said the 1990s would be the decade of infrastructure.  He said that the new transportation plan had been approved by OMB and that the report would be released in March.   He said that the DOT would be focusing on project of national significance and that they would be allowing the states to use tolls and private sector funding for transportation funding requirements.  Governor Thompson of Illinois had just recently opened up a toll road in Chicago that had been built with private sector financing with repayment through “user fees”.

He said that intermodal officials had recently met with governors to talk about the new system.  Administrators from air, surface, maritime and mass transit were working together to coordinate.

Skinner also talked about a Memorandum of Understanding concerning the environment that there was to be no net loss of wetlands.  Apparently, the EPA had issued guidance that would have made it virtually impossible for the states to build any new roads.  Skinner and John Sununu work out a compromise.   The following are several articles on the issue:

Sununu, Watt And Our Environmental President

May 23, 1990, Dow Chemical Co. announced a “partnership” for wetlands conservation with Ducks Unlimited, Inc., the Nature Conservancy, and the National Fish & Wildlife Foundation.  It was placed in the Congressional Record by Strom Thurmond on June 6, 1990.   $3 million dollars as a first installment was donated to the North American Waterfowl Management Plan (NAWMP) at the time of the signing of the partnership agreement.

With the collapse of communism across central and eastern Europe, Europeans become closer neighbours. In 1993 the Single Market is completed with the ‘four freedoms’ of: movement of goods, services, people and money.

The Treaty on European Union is signed in Maastricht in the Netherlands. It is a major EU milestone, setting clear rules for the future single currency as well as for foreign and security policy and closer cooperation in justice and home affairs. Under the treaty, the name ‘European Union’ officially replaces ‘European Community’.

Governor O’Neill mentioned that a lobbying group called USABIAS (US Airports for Better International Air Service)  was formed with representatives from Connecticut and twenty other states and cities and communities and airports. The purpose of USABIAS was to promote a change in the U.S. international aviation policy regarding direct international air service for both passengers and shippers to under-served airports in the U.S.  He said the group believed the change was necessary to overcome any advantage European countries would have as a result of EC 92.

Governor O’Neill asked Secretary Skinner about the International Gateway policy for smaller airports.  Apparently, for all countries where we have an “Open Skies regime”, foreign air carriers can provide service to the under-served airports.  Skinner said we have to open these markets (referring to Europe) so that we can open ours to them.

He also talked about increased privatization of all transportation modes.  He said “we are caught in a tremendous trap” concerning the funding for transportation.  The tax-per-gallon revenue keeps going down while requirements for maintenance keeps going up and the system is expanding.

Governor Neil Goldschmidt (OR) said that the federal government had been transferring responsibility for the Interstate maintenance over to the states.  He said that he didn’t think the rural states could increase taxes enough to pay for maintaining these roads.   For rural areas especially, they need help to bring food production from the farms to the cities.

Governor Jim Florio (NJ) talked about the need to lift the level of awareness concerning  intermodalism.  He talked about rail systems and mass transit and how the cities need help with those costs as well.  He also talked about the importance of insurance and insolvency.  He said the governors needed to launch some initiatives in that area.