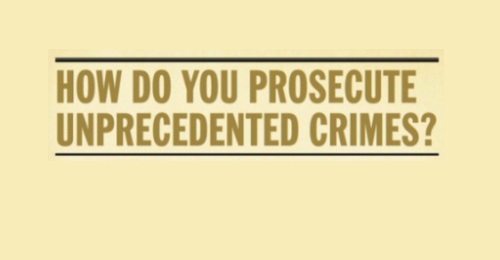 I’m not sure what triggered the program on C-Span that seems to be – from my point of view, confessions of the transportation, tech and government transportation agencies but it doesn’t matter.  The presentation sponsored by Techfire on C-Span about self-driving vehicles is a program not to be missed.  All is revealed if you know what to listen for and you understand the roles that different groups have played in destroying the lives of millions of Americans and perhaps tens of millions of people all over the world.

From their point of view, they are rolling out the brave new world of the technological, transportation control grid – seeking consumer approval as a precursor to pushing these technologies down your throat.  I suspect the reason for this program has something to do with the recent decision by the FCC on net neutrality but it doesn’t really matter to me.   What matters is what’s revealed.

In 1990, when the new Transportation Highway System was announced, there were six themes listed:

2. Providing a sounder financial base for transportation purposes

4. Ensuring the public safety and national security are protected

5. Enhancing the environment and the quality of life

While those six themes don’t seem to be world-shattering, the devil (truly) is in the details.   In the details of each theme, you can find the programs that have built a system of a centrally planned economy, centrally planned, one-size fits all “community planning” that we attribute to Agenda 21, the destruction of our education system, the destruction of our health care system, the theft of trillions of dollars from our economy, corruption of the military, corruption of our government agencies and law enforcement, massive fraud (yet to be revealed) in the renewable energy and smart grid design triggered by the demand to reduce the import of foreign oil – not to mention the human rights violations simply stated as the right to be autonomous and not to be defined as a human device attached to the grid.

In 1988, there was a report, Project 2020 produced by the Transportation Research Board, National Research Council.  The sections in that report correspond roughly to the Bill Clinton’s task forces for his President’s Council on Sustainable Development.  It should be noted that when a new administration takes office, they slap a new report cover on the reports and shift the public focus to a party appropriate description and then present the plan as if it is all new and different when in reality, the administrative state is simply continuing with the plans that were in-progress.

The capsulized version of this story is that there was a plan to dissolve the U.S. government through iterative privatization, turn the territory of the United States over to a Common Market Commission (like EU) to manage along with Canada and Mexico and to control the territory and the people with technology in an open-air prison – the Panopticon.  Whether or not they knew that was the vision is irrelevant.  It’s an expectation that when planning, you extrapolate to determine the consequences of your plan.  They really did know what they were doing though – revealed by the use of the term “disruptive technologies”.  Disruptive technologies are in fact, Destructive Technologies” and they’ve done a bang up job of destroying this country.  The costs are incalculable.

On April 30, 1992, George H.W. Bush signed Executive Order 12803 ordering the sell-off of American infrastructure assets.   Carla Hills, Bush’s U.S. Trade Representative negotiated the NAFTA agreement creating a North American “common market” creating a tripartite governing system hiding behind “environment”.   Try to think of something you can do outside the environment.  You can’t.    That agreement was signed by Clinton but was completed and ready to sign before Clinton took office.  That agreement was the logical bombing of our economy and we have been in decline ever since.  The bigger and more sophisticated the Panopticon becomes, the more people are driven into poverty.  The rise of technological control systems is the demise and destruction of people.   And the irony of ironies, it began with a transportation plan for mobility.

Following World War II, trials for the men who led the Nazi war machine were held in Nuremberg.   It’s time now to begin cataloging the crimes for the purpose of prosecuting the men and women who built the Technology War Machine.   It’s been reported that GITMO is gearing up to receive a lot more prisoners.   Let’s hope that it’s the right war criminals that are being captured for war crimes tribunals.