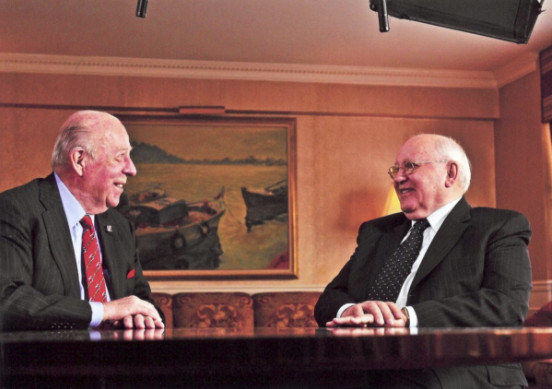 Normalcy bias will prevent most people from accepting the fact that we were set up by the leaders of our own respective countries for a psychotic, real time game for global totalitarian control.  Why would they do it this way rather than fighting it out man-to-man?  Because the fear they used to create the east-west divide was nuclear annihilation for both sides.  That interrupts commerce.   Besides, combat is a man’s game.  Women can’t play effectively.  In an all out war of ideas and systems, women can play equally as well as men.  It should be noted that while I use the language of games, it is not a game.  It is a deadly serious contest for global control and the future of humanity.

From 1982 through 1989, George P. Shultz was the Secretary of State.  Obviously, in an international contest of this magnitude, the Secretary of State is like the Supreme Allied Commander of Diplomacy.   A paper found on the Rand Corporation website titled: The Case of the Soviet Union:  The Dictator’s Dilemma quotes George Shultz:

Totalitarian societies face a dilemma: either they try to stifle these [information and communication] technologies and thereby fall further behind in the new industrial revolution, or else they permit these technologies and see their totalitarian control inevitably eroded. In fact, they do not have a choice, because they will never be able entirely to block the tide of technological advance.    George Shultz, 1985

A little farther down in the paper, the author sums up the dilemma more succinctly:

The dictator may be stuck with a stark choice between securing the rewards of either the invisible hand or the iron fist, market success or social control.

The obvious solution to the Dictator’s Dilemma is:  The Invisible Fist. 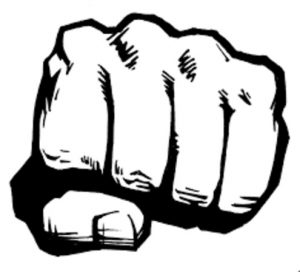 Ubiquitous computing combined with the partnership between government and corporations has resulted in a technocratic tyranny that is in fact, an Invisible Fist.

The following are a few excerpts at the beginning of the paper, Dictator’s Dilemma (with emphasis added):

The Role of Information

Proselytizing his Foreign Affairs thesis, the U.S. Secretary of State held a continuing “‘information age’ classroom in the Kremlin” in preparation for presidential summits. Shultz claimed in his memoirs that these tutoring sessions had a “profound impact” on Gorbachev. Recalling meetings in Moscow before the 1985 Geneva summit, Shultz wrote:

I then talked about the information age. . . . “Society is beginning to reorganize itself in profound ways. Closed and compartmented societies cannot take advantage of the information age. People must be free to express themselves, move around, emigrate and travel if they want to, challenge accepted ways without fear. Otherwise they can’t take advantage of the opportunities available. The Soviet economy will have to be radically changed to adapt to the new era.” Far from being offended, Gorbachev lighted up, “You should take over the planning office here in Moscow, become the new head of Gosplan [the Soviet ministry charged with economic planning], because you have more ideas than they have.” (591)

Gorbachev did seem to have learned the lessons well. Three years later, speaking before the General Assembly of the United Nations, he announced,

The newest techniques of communications, mass information and transport have made the world more visible and more tangible to everyone. International communication is easier now than ever before. Nowadays, it is virtually impossible for any society to be “closed.” (1988)

Twenty days after Gorbachev’s New World Order speech – December 28, 1988 an article written by John Markoff was published in the New York Times.  The title of the article was Sharing the Supercomputers… click here for MORE.

George Shultz, our Supreme Allied Commander of Diplomacy set the stage for information and communications technology to be the weapons in The Helsinki: Battle of Ideas and Systems.  It isn’t clear whether Gorbachev’s reference to transport has to do with transportation of data or technology for transportation because the European Union EUREKA and PROMETHEUS projects were already underway but it doesn’t really matter because it was the capacity of information and communications technology to change the world that provided the impetus for Gorbachev to begin the process of ending the Cold War and the isolation of the Eastern Bloc countries.