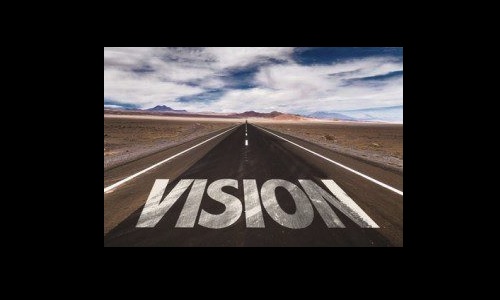 Twenty days after Gorbachev’s New World Order speech – December 28, 1988 an article written by John Markoff was published in the New York Times.  The title of the article was Sharing the Supercomputers.  The following is an excerpt:

“Officials at the National Science Foundation envision computerized ”collabatories” in which scientists using computer work stations could directly view and control the output of complex machines, such as particle accelerators, wind tunnels, telescopes and nuclear reactors, even though they were thousands of miles from the actual apparatus.”

”It’s possible that if we simply let a completely self-motivated marketplace develop our data communications infrastructure for the future it will be either inferior to what is being developed in Japan or Europe or owned by companies in Japan and Europe,” said Russell Neuman, a political scientist at the Massachusetts Institute of Technology Media Lab.

The article mentions the Corporation for National Research Initiatives (CNRI) in Reston, Virginia.  Robert Kahn was president of CNRI at that time.

Another proposal by the Corporation for National Research Initiatives in Reston, Va., calls for the creation of a digital library, a computer data base that would permit vastly improved access to information for researchers and students. ”From any work station you should be able to specify a document if it exists anywhere in the country and then view it directly,” said Robert Kahn, president of the corporation. Mr. Kahn, a former director of the Defense Advanced Research Projects Agency, has been a key sponsor of the idea of creating a gigabit network to link research centers and universities.

Robert Kahn and Vinton Cerf were the pioneering engineers who designed and implemented the TCP/IP communications protocol that made networking and communications of remote computers possible.

[About] CNRI – “CNRI is a not-for-profit organization formed in 1986 to foster research and development for the National Information Infrastructure. Among CNRI’s major goals is a program of research to identify and nurture infrastructural technologies and services that will unlock the potential of information and knowledge along with technology itself. CNRI promotes various collaborative activities that create productive synergies among government agencies, universities, and private organizations; undertakes targeted research in technologies for information management and high-speed networking…”

In 2011, IBM had their centennial celebration. On their website, there is a section devoted to their accomplishments as a corporation. They list the top 100 of their innovations in the world of computing and business machines. One of those is titled Rise of the Internet (emphasis added):

In 1985, the National Science Foundation (NSF) launched an initiative to build a state-of-the-art national backbone network, an inter-net, that would be based on transmission control protocol/Internet protocol (TCP/IP) and would link supercomputer centers and regional academic networks….A number of universities and companies participated in its development, including IBM. Recognizing that much of this new network would have to be invented and lashed together, the NSF solicited proposals and awarded the project to IBM, MCI, the State of Michigan (home to a large community of computer scientists and keen to link up existing telecommunications networks within the state) and a consortium of universities in November 1987.

In 1987, IBM, working with the U.S. National Science Foundation and our partners at MCI and Merit designed a new high-speed National Science Foundation Network (NSFNET) to connect US universities and 6 US-based supercomputer centers. The NSFNET greatly increased the capacity of the Internet (increasing the bandwidth of backbone links from 56 Kilobits/sec to 1.5 Megabits/sec to 45 Megabits/sec) and greatly increased the reliability and reach of the Internet—reaching more than 50 million users in 93 countries when management of the Internet infrastructure was transferred to the telecom carriers and commercial Internet Service Providers in 1995.

In the New York Times article mentioned above, there was a lot of hand wringing about maintaining our “technological edge” over Europe and Japan. In 1986, the European Union initiated a pan-European roads automation project.  The U.S. Department of Transportation, Federal Highway Administration had a history of it posted on their website:

PROMETHEUS was started in 1986 and was initiated as part of the EUREKA program, a pan-European initiative aimed at improving the competitive strength of Europe by stimulating development in such areas as information technology, telecommunications, robotics, and transport technology. The project is led by 18 European automobile companies, state authorities, and over 40 research institutions. The budget for the project is over $800 million and the project is scheduled to last 7 years.

PROMETHEUS is a pre-competitive research project, with the output being a common technological platform to be used by the participating companies once the product development phase begins. The overall goals of PROMETHEUS fall into four categories:

The U.S. program of automated highways for intelligent vehicles began with the announcement of a new paradigm in transportation given by George H.W. Bush and Sam Skinner, Secretary of Transportation in 1990.

The plans for a collaborative project to map human DNA using collaborative research and computer systems was initiated with a Memorandum of Understanding between the Department of Energy and the National Institutes of Health in 1988.  The formal announcement of the Human Genome Project was made in 1990.  The principle organizations involved were DOE, NIH, National Science Foundation and the Howard Hughes Medical Institute in Salt Lake City.

Over 400 college and university presidents and chancellors worldwide signed on to a declaration of support for Sustainable Development which was a concept put forward by the Brundtland Commission in a report titled “Our Common Future”.   The Talloires Declaration was signed by the University Leaders for a Sustainable Future (USLF) in 1990.

American children were left out of the plans for a high tech future.  The Secretary of Labor, Elizabeth Dole initiated the Secretary’s Commission on Achieving Necessary Skills (SCANS) in 1990.   The purpose of this commission was to establish a German-Soviet style of vocational education in our K-12 system to prepare “workers” for the workforce.  Education for American children born into a republic died and was buried unceremoniously.