Home War A Nation of Students 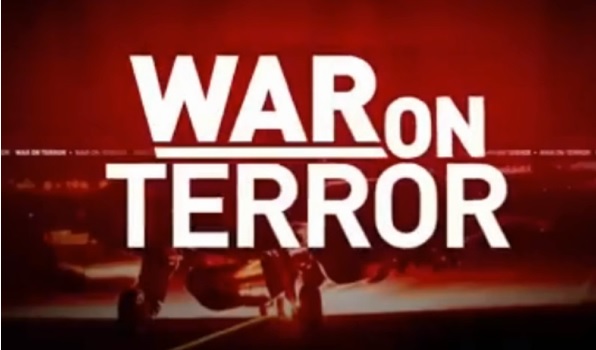 The benefit of being a Systems Analyst rather than a Journalist is that I’m not confined to reporting events in isolation.  I seek patterns, connections and interfaces.   It’s like I’m trying to solve a million-piece puzzle that is presented as a kaleidoscope.  When you get enough of the pieces in place it begins to form a picture.  If you keep turning the kaleidoscope just little bits at a time, the picture comes into full focus and there is a Eureka moment.  That’s it… I’ve got it.  I do have it – at least some of it and I’m going to share it with you by taking you on a mind walk.

As you know, I’ve been kind of busy writing about the arrest of Michael Emry so I haven’t had much time to spend on other things.   Yesterday, I had a few minutes so I thought I’d take a look at the shooting event in Orlando.  A couple of snippets of info I did pickup over the past couple of weeks – true or not, they go into the memory banks for later verification, were that the police were supposedly acting as security at the club the night of the shooting – so how did the gun man get the gun inside?  And secondly, the father of the shooter was high profile and might have some connections to Obama. 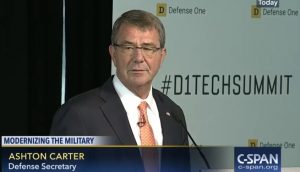 Another thing that happened is that by chance, I caught a C-Span appearance by Secretary of Defense Ashton Carter.  He was speaking about military modernization at a Tech Summit .  He mentioned that the defense department budget was in jeopardy (~23 minutes in).   As he was talking about it, I thought – uh oh, “terrorist event on the horizon”.  Why?  Because the last time I heard a government official, Janet Napolitano testify to congress on the budget of Homescam Security, there were a couple of “terrorist” events – bomb scares in Idaho and then a couple of days later, the Boston Marathon “bomb event” happened.

On June 13, while most other media outlets were reporting on the number of bodies and profiles of the “shooter”, Slate Magazine published an article titled Washington Gives Billions in Anti-Terror Funds to Cities.  Orlando’s Barely Gotten a Trickle.

The Slate story is the random chord of the sitar in the middle of the symphony so that’s the story I’m going to follow.

The paragraphs in the colored box below are of particular interest.  The last two paragraphs while not directly connected to the Orlando story are important because it shows that DHS was concerned about rural areas and Michael Bloomberg pooh-pooh’d the idea.  Why would Bloomberg even be involved in the issue?   We found out this year in Twin Falls, Idaho.  Bloomberg is one of the funders of the terrorist invasion campaign in rural America with his non-profit, Partnership for a New American Economy and the Gateways Challenge Grant.  You’ll notice that Rupert Murdoch is a member of the Partnership as well.  Murdoch and Bloomberg are both media moguls that control a significant percentage of the American mainstream media.

I had in mind to write a series about Bloomberg connecting the dots to the larger agenda but I only got one part of it done.  Unraveling the Racket.

Anyway… back to the Slate article:

Over the past dozen years, the Department of Homeland Security has given billions in anti-terrorism grants straight to the country’s largest cities. That program, the Urban Areas Security Initiative, or UASI, funds equipment and training for police and emergency personnel and is the largest anti-terror grant program for local governments.

…Boston, which has received more than $60 million since 2013, used the money to upgrade 5,000 portable radios for first responders, install a communications system inside the T tunnels, and perform live-action drills. New York City has spent the money on patrols at airports and transit hubs, as well as an active shooter training course for the NYPD.

…Why do some cities receive so much more anti-terror money than others? The answer lies in the “risk-based allocation model” that DHS adopted in 2007, following the 9/11 Commission Report. Prior to that, the DHS had been skewered for a system that infamously awarded Wyoming about seven times more anti-terror money per capita than New York and California. The 9/11 Commission recommended that funding be focused on high-risk, high-density areas, based on a calculus of risk and vulnerability.

…Back in 2004, Wyoming’s status as the nation’s No. 1 terrorism magnet was considered the symbol of DHS’s incompetence, and a national laugh line. Michael Bloomberg testified that the state’s allocation was “pork barrel politics at its worst.” Two years later, a report by the DHS inspector general found that the state with the highest number of terrorist targets in the DHS database was … Indiana. The state’s 8,591 sites of interest included the Amish Country Popcorn factory, and the Hot Dog Festival in Frankfort.

I needed to find out about the Pulse Night Club and Orlando in general.   The Pulse Club was in a trendy area undergoing re-development.

The Pulse Night Club is listed on the GayCities website with a 3-Star rating.

I also found a promotional video about the Thornton Park area that gives a little history of the area and it’s current status.  Apparently, the area has gone through gentrification initiated by a gay clothing designer.  One lady said that the area had become a hang-out for punkers and eventually the punks became the business owners.

I also needed to find out where Orlando was within Florida.  I found a county map of Florida with the economic development districts shown in different colors. 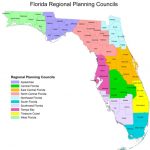 Orlando is in Orange County.  Orange County is in the East Central Florida Central Planning District.  It is the orange area on this map.  Click on it to enlarge it.

Dave Hodges had Doug Hagmann on his program to talk about the Orlando event.  Omar Mateen was an employee of G4S and he had been investigated by the FBI twice, but they dropped the investigation.  Hagmann explains why. 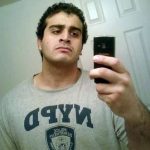 G4S is a global security company based in the United Kingdom but with an office in Orlando.  Mateen went to work for them in 2007.  He was born in New York to Afghani parents but he never worked for the New York Police Department.   G4S is however connected to the 9-11 World Trade Center bombing.   G4S is a classic example of a global behemoth that is striving to control the functional line of business “security” globally.  I can’t stress enough the significance of a functional monopoly on “security” at a global level.  Hitler wanted a functional monopoly at the global level.  He wore a uniform and led a military.  G4S is a business with a profit as well as control incentive.

On June 8, 2016, channel 3 in Las Vegas carried a story that originated in Florida about ISIS announcing a “kill list” for people in Palm Beach and the Treasure Coast.   Orlando is north of the Treasure Coast but that was the surprise wasn’t it?

For the people on the list, what JTTF needs to be looking at is – who is in line to get their job if they are murdered or if they die unexpectedly regardless of the cause.