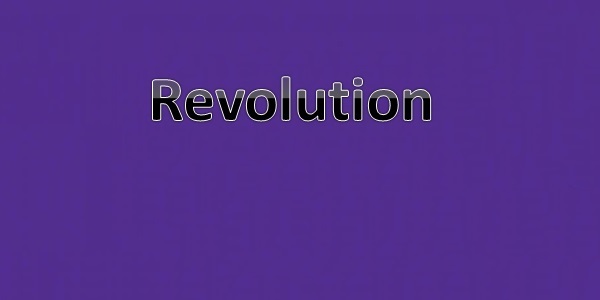 The Purple Revolution: War on Culture – War on Ideology

The United States is fond of declaring war on social problems.  It’s really a stupid concept that has not worked for any of the named social ills:  War on Poverty, War on Drugs, War on Terrorism, etc.  I would say that we need a war on war but that would be playing right into the hands of the culture terrorists who are stalking our land and our people.

What we are living through is a War on Culture.  It’s a color revolution and if I had to guess the color of the revolution, it would be purple.  Years ago, I thought the color was Evergreen because that’s a favorite name for CIA front companies but I’m sure now that the Revolution is Purple.

If you don’t know what I’m talking about, you’re not alone.  Most people wouldn’t have a clue because the color revolutions aren’t really talked about much in the media – and for good reason.  The color revolutions are covert cultural warfare on nation-states.  The idea as presented by Ronald Reagan was to bring “democracy” to the communist states of the Soviet Union.  As history has unfolded, it has become an ideological war on us – the American people and our nation-state.  It’s a continuation of the Cold War and we were drafted into it unknowingly.

At the end of World War II, Germany was divided between the western allies and the eastern allies.  The division was on ideological grounds.  Stalin would not go along with the plans for rebuilding Europe because he didn’t want western encroachment into eastern territory.  Western governments didn’t want eastern encroachment into western territory either.  Germany – and especially Berlin became symbolic of the ideological and cultural divide between the east and west.  That’s really what the Cold War was about.  The Berlin Wall was the line in the sand for western Europe.

Most people believe that the Cold War ended in 1990 when the Berlin Wall came down and Gorbachev was celebrated in this country as a hero in this country.  The Cold War actually ended in 1982 when Ronald Reagan announced to the British Parliament that he was accepting Chairman Leonid Brezhnev’s challenge of a competition of ideas and systems.   The U.S. and the Soviet Union spent the next six years preparing for the next phase of the Cold War which was to be the competition of ideas and systems – fought in the civilian arena by civilians – you and me.  The following is from Page 6 of Reagan’s speech that was delivered on June 8, 1982:

No, democracy is not a fragile flower; still, it needs cultivating. If the rest of this century is to
witness the gradual growth of freedom and democratic ideals, we must take actions to assist the campaign for democracy. Some argue that we should encourage democratic change in rightwing dictatorships but not in Communist regimes. To accept this preposterous notion — as some well meaning people have — is to invite the argument that, once countries achieve a nuclear capability, they should be allowed an undisturbed reign of terror over their own citizens. We reject this course.

As for the Soviet view, Chairman Brezhnev repeatedly has stressed that the competition of ideas and systems must continue and that this is entirely consistent with relaxation of tensions and peace. We ask only that these systems begin by living up to their own constitutions, abiding by their own laws, and complying with the international obligations they have undertaken. We ask only for a process, a direction, a basic code of decency — not for an instant transformation.

We cannot ignore the fact that even without our encouragement, there have been and will continue to be repeated explosions against repression in dictatorships. The Soviet Union itself is not immune to this reality. Any system is inherently unstable that has no peaceful means to legitimize its leaders. In such cases, the very repressiveness of the state ultimately drives people to resist it — if necessary, by force.

While we must be cautious about forcing the pace of change, we must not hesitate to declare our ultimate objectives and to take concrete actions to move toward them. We must be staunch in our conviction that freedom is not the sole prerogative of a lucky few but the inalienable and universal right of all human beings. So states the U.N. Universal Declaration of Human Rights, which, among other things, guarantees free elections. The objective I propose is quite simple to state: to foster the infrastructure of democracy — the system of a free press, unions, political parties, universities — which allows a people to choose their own way, their own culture, to reconcile their own differences through peaceful means.

This is not cultural imperialism; it is providing the means for genuine self-determination and protection for diversity. Democracy already flourishes in countries with very different cultures and historical experiences. It would be cultural condescension, or worse, to say that any people prefer dictatorship to democracy. Who would voluntarily chose not to have the right to vote, decide to purchase government propaganda handouts instead of independent newspapers, prefer government to worker-controlled unions, opt for land to be owned by the state instead of those who till it, want government repression of religious liberty, a single political party instead of free choice, a rigid cultural orthodoxy instead of tolerance and diversity?

We in America now intend to take additional steps, as many of our allies have already done, toward realizing this same goal. The chairmen and other leaders of the national Republican and Democratic Party organizations are initiating a study with the bipartisan American Political Foundation to determine how the United States can best contribute — as a nation — to the global campaign for democracy now gathering force. They will have the cooperation of congressional leaders of both parties along with representatives of business, labor and other major institutions in our society.

I look forward to receiving their recommendations and working with these institutions and the Congress in the common task of strengthening democracy throughout the world. It is time that we committed ourselves as a nation — in both the public and private sectors — to assisting democratic development.

…At the same time, we invite the Soviet Union to consider with us how the competition of ideas and values — which it is committed to support — can be conducted on a peaceful and reciprocal basis…

Our military strength is a prerequisite to peace, but let it be clear we maintain this strength in the hope it will never be used. For the ultimate determinant in the struggle now going on for the world will not be bombs and rockets, but a test of wills and ideas, a trial of spiritual resolve: the values we hold, the beliefs we cherish, the ideals to which we are dedicated.

The task I have set forth will long outlive our own generation. But together, we, too, have come through the worst. Let us now begin a major effort to secure the best — a crusade for freedom that will engage the faith and fortitude of the next generation. For the sake of peace and justice, let us move toward a world in which all people are at last free to determine their own destiny.

Interest in American involvement in the promotion of human rights was intensified during the Administration of President Jimmy Carter, who made it a central component of American foreign policy. In the late 1970’s America became committed to the process of monitoring the Helsinki accords, especially that “basket” dealing with human rights. In 1978 Congressmen Fascell and Donald Fraser (D,MN) proposed a “QUANGO” (i.e, quasi-autonomous non-governmental organization) whose mission would be the advancement of human rights. The bill they introduced would have created an Institute for Human Rights and Freedom to furnish technical and financial assistance to nongovernmental organizations that promote human rights abroad.

By the late 70’s, there was an important model for democracy assistance: the German Federal Republic’s party foundations, created after World War II to help rebuild Germany’s democratic institutions destroyed a generation earlier by the Nazis. These foundations (known as “Stiftungen”), each aligned with one of the four German political parties, received funding from the West German treasury. In the 1960’s they began assisting their ideological counterparts abroad, and by the mid-70’s were playing an important role in both of the democratic transitions taking place on the Iberian Peninsula.

Late in 1977, Washington political consultant George Agree, citing the important work being carried out by the Stiftungen, proposed creation of a foundation to promote communication and understanding between the two major U.S. political parties and other parties around the world. Headed by U.S. Trade Representative William Brock, a former Republican National Committee Chairman, and Charles Manatt, then serving as Democratic National Committee Chairman, by 1980 the American Political Foundation had established an office in Washington, D.C. from which it provided briefings, appointments, and other assistance to foreign party, parliamentary, and academic visitors to the U.S.

Two years later, in one of his major foreign policy addresses, President Reagan proposed an initiative “to foster the infrastructure of democracy–the system of a free press, unions, political parties, universities–which allows a people to choose their own way, to develop their own culture, to reconcile their own differences through peaceful means.” He noted that the American Political Foundation would soon begin a study “to determine how the U.S. can best contribute–as a nation–to the global campaign for democracy now gathering force.” Delivered to a packed Parliamentary chamber in Britain’s Westminster Palace, the Reagan speech would prove to be one of the central contributions to the establishment of a U.S. democracy foundation.

The American Political Foundation’s study was funded by a $300,000 grant from the Agency for International Development (AID) and it became known as “The Democracy Program.” Its executive board consisted of a broad cross-section of participants in American politics and foreign policy making. The Democracy Program recommended establishment of a bipartisan, private, non-profit corporation to be known as the National Endowment for Democracy (NED). The Endowment, though non-governmental, would be funded primarily through annual appropriations and subject to congressional oversight. NED, in turn, would act as a grant-making foundation, distributing funds to private organizations for the purpose of promoting democracy abroad. These private organizations would include those created by the two political parties and the business community, which would join the regional international institutes of the labor movement already in existence.

That’s the background that is necessary to understand the significance of the Senate Judiciary Subcommittee on Oversight Agency, Federal Oversight and Federal Judiciary that was held on June 28, 2016.  The title of the hearing was Debate on “Radical Islam” & Terrorism.

By 1988, both the Soviet Union and the United States were apparently ready to begin this covert war on civilian populations.   Mikhail Gorbachev gave a speech to the United Nations similar in concept to Reagan’s speech and the battle was joined.

I documented it HERE – Battle of Systems and Ideas so I’m not going to repeat it here.