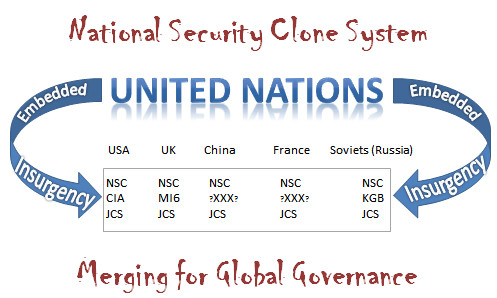 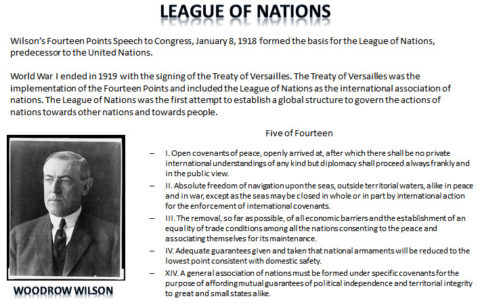 The first attempt at an international organization to reconcile the differences and harmonize actions among nation-states was the League of Nations. 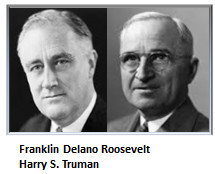 In 1941, Franklin Delano Roosevelt met with Winston Churchill to sign the Atlantic Charter.   The Atlantic Charter provided a broad statement of U.S. and British war aims which included an outline for a postwar international system.  The objective was a Wilsonian-vision for the postwar world; one that would be characterized by freer exchanges of trade, self-determination, disarmament, and collective security. Source: U.S. State Department History

The conference approved the creation of an Economic and Social Council and a Trusteeship Council to assist in the process of decolonization, and agreed that these councils would have rotating geographic representation. The United Nations Charter also gave the United Nations broader jurisdiction over issues that were “essentially within” the domestic jurisdiction of states, such as human rights, than the League of Nations had, and broadened its scope on economic and technological issues.

Nelson Rockefeller attended the United Nations conference in San Francisco.  According to his biography posted on the Senate website, Rockefeller played a key role in hemispheric  policy developing a consensus for regional pacts (such as NAFTA) within the UN’s framework.   On July 28, 1945, the U.S. Senate voted to ratify the UN Charter.  December 20, 1945, the U.S. Congress voted to approve the United Nations Participation Act.

Resolved, That the Senate reaffirm the policy of the United States to achieve international peace and security through the United Nations so that armed force shall not be used except in the common interest, and that the President be advised of the sense of the Senate that this Government, by constitutional process, should particularly pursue the following objectives within the United Nations Charter:

(2) Progressive development of regional and other collective arrangements for individual and collective self-defense in accordance with the purposes, principles, and provisions of the Charter.

(3) Association of the United States, by constitutional process, with such regional and other collective arrangements as are based on continuous and effective self-help and mutual aid, and as affect its national security.

Obviously, the leaders of the Big Four didn’t establish the United Nations for nothing.  They had a purpose so once the framework of the organizational structure was in place, the next problem to be solved was how to convert the national systems of government to the international organization that had been defined.  The physical infrastructure of European nations was destroyed by World War II.  It made sense to use economic aid for rebuilding along with a sub rosa agenda to create a regional governing structure over the European nations.  That’s exactly what the Marshall Plan did.  In a report on the Marshall Plan, David Ellwood wrote:

“Kennan and his new State Department Policy Planning Staff produced one of the master documents from which the Marshall Plan eventually flowed…. but there was a specifically European dimension to the Marshall effort. Europe’s evil genie, said people like Kennan, Assistant Secretary of State Dean Acheson, and future ERP Ambassador Averell Harriman, was nationalism. If that root of Nazi-fascism and other 20th-century rivalries could be bottled up in an integrated European economic framework, the resulting prosperity might dampen nationalist competition, prevent future armed conflicts, and obviate U.S. involvement in future European wars.

The organizational structure and funding to initiate the Marshall Plan was enacted into law on April 3, 1948 in the Foreign Assistance Act of 1948.  Title I of the Act was the Economic Cooperation Act of 1948.  Sec. 102 (a)

Sec. 102 (a) Recognizing the intimate economic and other relationships between the United States and the nations of Europe, and recognizing that disruption following in the wake of war is not contained by national frontiers, the Congress finds that the existing situation in Europe endangers the establishment of a lasting peace, the general welfare and national interest of the United States, and the attainment of the objectives of the United Nations.

The economic assistance to European nations was authorized for a period of four years.  Paul G. Hoffman, CEO of the Studebaker automobile company was appointed to lead the Economic Cooperation Administration (ECA).  The European counterpart to the ECA was the Organisation for European Economic Co-operation (OEEC). The purpose of the ECA for public information was that the recovery plan had four objectives.

(1) a strong production effort,
(2) expansion of foreign trade,
(3) the creation and maintenance of internal financial stability, and
(4) the development of (European) economic cooperation.” 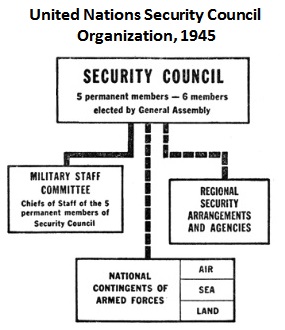 Sec. 2. In enacting this legislation, it is the intent of Congress to provide a comprehensive program for the future security of the United States, to provide for the establishment of integrated policies and procedures for the departments, agencies, and functions of the Government relating to the national security;

In 1949, the NSC was reorganized. Truman directed the Secretary of the Treasury to attend all meetings and Congress amended the National Security Act of 1947 to eliminate the three service secretaries from Council membership and add the Vice President(who assumed second rank from the Secretary of State(and the Joint Chiefs of Staff who became permanent advisers to the Council. NSC standing committees were created to deal with sensitive issues such as internal security. The NSC staff consisted of three groups: the Executive Secretary and his staff who managed the paper flow; a staff, made up of personnel on detail, whose role was to develop studies and policy recommendations (headed by the Coordinator from the Department of State); and the Consultants to the Executive Secretary who acted as chief policy and operational planners for each department or agency represented on the NSC.

The conclusion drawn by this writer is that the national security apparatus established to coordinate policies with corresponding national security organizations in the other five permanent member states to the United Nations System was intended to direct U.S. policy for the merger of the American system of government into the global governance system of the United Nations.  It was treason but because it was done in secrecy, the American people have been unaware of it and they moved slowly enough as to not be perceptible until following September 11, 2001.