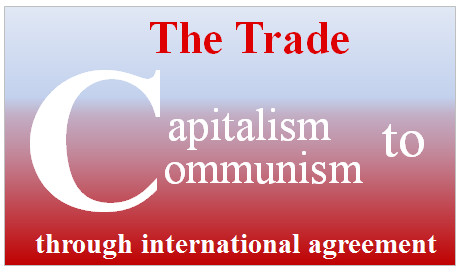 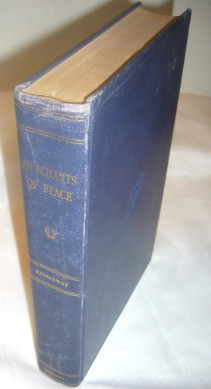 The relationship between trade and education is not immediately apparent without a step back into history.  That history is documented in a book titled the Merchants of Peace published in 1938. The book documents the founding of the International Chamber of Commerce and the unholy alliance with the Carnegie Endowment for International Peace.

An excerpt from the book can be read HERE.

The long and short of it is that they believed that the cause of war was the sovereign power of the nation-state with a military to defend that sovereignty.  They determined that economic disarmament was the solution and the weapon to use against the economy was international trade with open borders and free movement of people.  In other words, the end of the nation-state.  Towards that subversive goal, the International Chamber of Commerce and the Carnegie Endowment for International Peace produced a joint statement outlining the policy their organizations would pursue.

Recommendations of the Joint Committee of the Carnegie Endowment for International Peace and the International Chamber of Commerce.

It’s very important to notice that in the recommendations, public opinion is essential to their plan.

An active campaign is necessary in every country to inform public opinion of established and agreed facts. By working for the common good, each individual of each nation will do his part to remove the fear which oppresses all who think and to realize the hope which they all share.

In 1952, the House Select Committee to Investigate Tax-Exempt Foundations and Comparable Organizations initiated hearings.  This investigation was one of many on un-American activities in the United States and the large Foundations were implicated.

On December 2, 1952, Charles Dollard, President of the Carnegie Corporation of New York testified about the Foundations and Funds that Andrew Carnegie established and what the purpose of those entities were.  Nearly all of them are related to Education either directly or indirectly.  The charter of the Carnegie Corporation specified that they are to work for the diffusion of knowledge and understanding among the peoples of the United States and the British Dominions and colonies.

The mainstream media effectively shut down the Congressional investigation on Un-American activities in the United States by portraying Joe McCarthy in an unfavorable light. It has since been proven that McCarthy was right but it was the media campaign against him that shut down his very important investigation.

In the early 1960’s, the Congress began changing trade policy from being only about tariffs to begin to negotiate so-called trade deals that included changing domestic policy to harmonize U.S. law and policy to adhere to bilateral and multilateral negotiated rules.  Over the next 35 years, they negotiated agreements to transfer sovereignty over the economy to international bodies – moving to establish a North American superstate with open borders for commerce and the movement of people.  They used the wealth of the American economy to buy consensus among other countries to join into these sovereignty-stealing agreements – creating a royal class of blinding wealthy while increasingly destroying and impoverishing the middle class.  In other words, ECONOMIC DISARMAMENT.

More background information on the betrayal of the American people using what was presented as trade policy can be read here:

With the benefit of hindsight, the anti-poverty, Great Society programs established during the 1960’s by Carnegie man – John W. Gardner, it’s easy to look back and see that as our economy was progressively gutted, the productive jobs of industry that were exported, were replaced with social jobs – not to help the poor as advertised but rather to build an administrative infrastructure giving the illusion of helping the poor and the appearance of a productive economy (by job statistics) and in the process, building an army of constituents for socialism.

The point where the merger of trade policy and education policy becomes visible is in the person of William Brock in the 1980’s.  Brock negotiated the Free Trade Agreement with Israel that became effective in 1985.  He kicked off the Uruguay Round of Trade that led to the establishment of the World Trade Organization in 1995.

In 1985, William Brock resigned as the U.S. Trade Representative and he was appointed to be the U.S. Secretary of Labor.   As Labor Secretary, he commissioned the Hudson Institute to do a forward looking study on the American workforce to project the impact of globalization, trade and technology and to make recommendations on policy changes that would be required to prepare “workers” for the 21st century.  The result of the study was a report titled Workforce 2000: Work and Workers in the 21st Century.

It was the Workforce 2000 report that provided the guidance to initiate the radical changes to the systems of Education and Training in the U.S.

In March of 1987, William Brock was the invited speaker at a National Press Club event.  This is a very important event to watch because William Brock was the traitor – the betrayer of the American people because he initiated the Uruguay Round of trade that included putting American jobs on the global market for the lowest bidders.  (Trade in Services).   Brock said in his talk, “we’ll either have to export jobs or import people”.   And that’s precisely what they did despite all the happy horse “talk” about a bright future for the American economy.  They redesigned our schools for the bottom of intellectual pool – those who had NO CHANCE at the tech jobs of the future – while blowing up middle class through the importation of foreign workers. 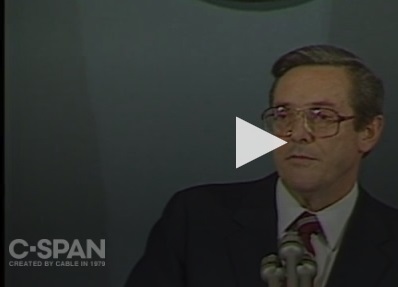 [Side Note: When I first started researching this subject, a young programmer committed suicide because he was replaced in his job – insult to injury, he had to train his replacement.  That story hurt my heart because Kevin was a young man who did everything right.  He made it though school.  He went to college and he got his first job as a Programmer at the Bank of America.  He loved his job and he was at the beginning of a life filled with promise – the American Dream but the corporate traitor elite blew up his life in favor of cheap, imported, commodity labor.

VDARE:  Today Letter:  Reader Mourns An American Programmer Who Lost His Job – And Took His Life]

In the next video, you can hear that they were planning for globalization of the economy (open borders for commerce) as well as for a demographic change in the U.S. through immigration.  As it has played out, it’s easy to see they use massive immigration as economic stimulus in what could be called a population ponzi scheme modeled after the Tammany Hall schemes of Boss Tweed.

Notice in particular the mention of: 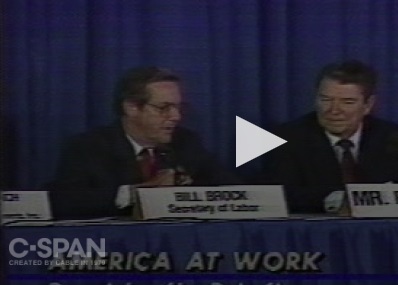 The following video is an excerpt of an event in Philadelphia at which William Brock spoke.  Notice the difference in messaging between the event with the President and this event.  The full video may be viewed on CSPAN by clicking HERE.

In 2011, the Academy for Cultural Diversity posted a video of William Brock giving a lecture. His topic was “Opportunities of Interdependence”.  Republicans won’t want to hear this, but the communist revolution in this country was brought to us by Republicans using international agreements they called trade agreements, the purpose of which was to open the gates – open the borders for “free trade”, gutting the economy while they imported foreigners to take our jobs and they opened our borders (North American Superstate) to allow unhampered third world migration to this country ultimately leading to the point we are now where communism is out in the open.

Part II of this story, will cover the Secretary’s Commission on Necessary Skills, APEC and the importation of the Communist-in-Chief, Mikhail Gorbachev.