Home Education The ABC’s of Trade Policy and Education 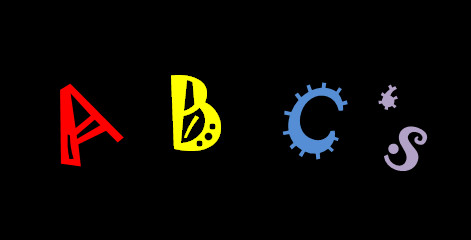 In the analysis of the technocratic changes to our country which actually changed our form of government leaving an American façade on what is actually a socialist, collectivist system of centralized economic planning and development, one can’t avoid looking at the system of education.  The problem is that education is a field in which everything there is to be said must be said by everyone who has academic credentials behind their name.   The trick then for a non-academic analyst such as myself is to find the power.  Who had/has the power to make changes to a system like our system of education?  Once you find the power, you have a trail to follow.

Since the 1960’s, the U.S. government has been deceiving the American people by using the term “trade agreement”.    Jumping back in time before that, the Marshall Plan was an economic development plan for rebuilding war-torn Europe following World War II with a sub rosa agenda to conjoin the nations of Europe into a unified organizational structure managed by an unelected commission.  It was thought that an economic union would prevent another war in the future.

The organization that was established to carry out the dual agendas of the Marshall Plan on the U.S. side was the Economic Cooperation Administration.  On the European side, it was the Organization for European Economic Co-operation (OEEC).   In 1961, the OEEC was renamed to be the Organization for Economic Co-operation and Development (OECD) and repurposed to be an international economic development organization with a mission of harmonizing the institutional systems of government in preparation for a one-world economic union with an organizational structure by function that reaches into all nation-states masked by national colors and customs but controlled at the global level.

The conversion from nation-state to a global economic union with regional market states was accomplished under the banner of trade agreements.  Before the 1960’s U.S. trade policy was about tariffs.   To achieve the objective of a world without borders for commerce, meant not only eliminating tariffs, it had to include non-tariff barriers as well.  A simple example of a non-tariff barrier is a national prohibition on the importation of genetically modified vegetables.

It was during the Kennedy Round of trade1 ~1962 that the Congress began to consider so-called international trade agreements to include rules for non-tariffs barriers.  Prior to 1962, representatives from Congress negotiated trade agreements because the agreements were just about tariffs and quotas but they then outsourced the function of trade negotiation to a new agency headed up by the U.S. Trade Representative who serves under the President in the Executive Branch once the negotiations became about non-tariff barriers.

The rules negotiated for non-tariff barriers drive changes in domestic policy and domestic law and the U.S. has been in decline ever since.   The U.S. went from the pinnacle of success as an industrialized nation to the broken, corrupt and economically destroyed country of today by virtue of the rules-based trading system that only the U.S. Trade Representatives consider a success because their mission was to get an agreement to build the one-world system for commerce without regard to the cost to our nation, our citizens and our society.  There is no enemy in the world that could have done more to destroy the United States than U.S. trade policy has done.

This then is the introduction to the next section of my research which is the effect of trade policy on education – spoiler alert.  We no longer have a system of education.  We have a system of workforce skills training for the global economy in which labor is a commodity – cheap and plentiful.  Under the World Trade Organization which is a Frankenstein creation of trade agreements, there are no borders, no citizens, nothing but labor for commerce and American children are expected to compete with the cheapest labor in the world that can and are being imported into the U.S.  by corporations – because they too are commodities for world trade.   Global commerce and global efficiencies for the multinational corporations has created a shortage of jobs and a wealth of desperate workers around the world.   The U.S. has tried to mitigate the job loss by creating social jobs and by the states buying jobs from corporations that promise to locate in their states.  That can’t continue and anything that can’t continue – won’t continue.  The day of reckoning is coming.