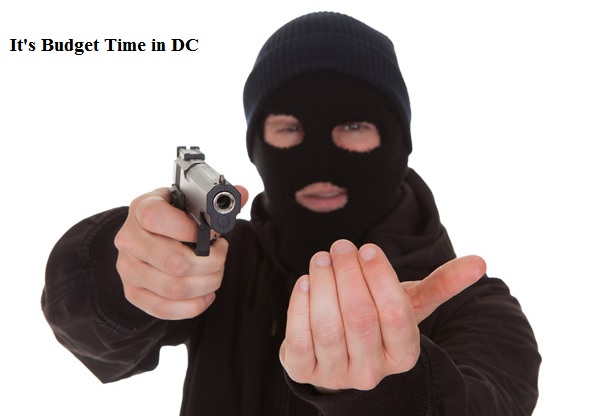 If anybody is talking about it, I haven’t heard it but this leftist terror attack occurred at the same time that the Congress is holding budget hearings – and the one person who was seriously injured is the House Majority Whip.  Others may think that’s a coincidence – but I caught it once before – when the Boston Marathon attack occurred.  A few days before the event, as DHS Secretary Janet Napolitano was facing budget cuts – and then the attack happened.  After the hearing on the event, DHS got generous budget increases.  This time, I think it was a bonus for them to be able to do it on Trump’s birthday – kind of a smokescreen.

Senator Ron Johnson is the Chairman of the Homeland Security and Governmental Affairs.  If you’re interested, you should watch all of his hearings.  Johnson hit my radar screen a couple of weeks ago because of his sponsorship of legislation to allow states to sponsor visas for foreigners.  S.1040 – State Sponsored Visa Pilot Program Act of 2017.    It modifies the Immigration and Nationality Act to allow the states to:

“(W)(i) an alien who is sponsored by a State and who is coming temporarily to the United States to reside in the State to perform services, provide capital investment, direct the operations of an enterprise, or otherwise contribute to the economic development agenda of the State in a manner determined by the State; and

Foreign workers to perform services means just about any warm body that can fill a job slot to prevent an American from having it.  A list of visa types can be found HERE.  There is one listed in the legislation that is not on the list.  The W-Visa isn’t listed so Johnson’s legislation is probably authorizing it.  I found a description of it in a video produced by PBS.  Doris Meissner was a Commissioner of Immigration and Naturalization Services during the Clinton Administration.  She described the W-Visa to the interviewer.  The W-Visa truly is the “warm body” visa.

The justification for bringing foreign workers into the United States is because there are allegedly shortages of qualified American workers.   That is total bullshit.  “Shortages”  is a worn out propaganda campaign that began in the 1982 in California when the National Council of Agricultural Employers hired an immigration attorney named Harris Miller.  Miller waged a media campaign crying about shortages of agricultural workers.  The propaganda included images of strawberry and lettuce fields rotting because there was nobody to pick the crops.  The objective of the campaign was to break Caesar Chavez’s budding Farm Workers Union that was demanding better treatment for farm workers.   Miller was successful at breaking the back of the union by flooding California with excess farm workers.

Following the successful campaign of flooding the California farm worker market with scabs, Miller formed the Information Technology Association of America (ITAA).   He signed up all the Silicon Valley and technology companies to destroy the lives and careers of American IT and engineering people.  He used the same strategy of shortage-shouting to get Congress to increase the number of H-1B visas holders to flood the IT job market –  kicking off a race to the bottom to meet the wage levels of the rest of the world.  Of course with all the Silicon Valley money to buy politicians, they were successful in getting the number of H-1Bs increased to allow Indians and other foreign IT and engineering people to take over the market for these jobs.

In that research, I found that Harris Miller had been working with the Indians BEFORE 1995 when the World Trade Organization was created.   It therefore has to be considered that it was an organized and planned attack on the livelihoods of American professionals.

A friend and fellow researcher that I met during that time had a website where he had compiled information on the war being waged against American IT people and engineers.   Some years ago, he gave it up but his website is still in the internet archives and can be viewed using the following links:

Notice that most of the letters claiming “shortages” are from academic institutions.  Click on a name in the scroll box and it will take you down  to the letter that was written claiming shortages.

Of course among my favorite visas are the capital investment visas – the E- category of visas and especially the EB-5.  Idaho Governor Butch Otter (our resident rodent) had a plan a few years ago – probably still in operation called Project 60.  He planned on increasing the state’s GDP by $6 billion using the EB-5 visa program to sell Idaho out from under the citizens of Idaho.  For a million dollars in urban areas and half a million investment in rural areas, foreigners can buy American citizenship.  They give the money to a local regional center and the regional center decides where to spent it (my observation:  front companies – most of which are not real businesses.  The real purpose is construction giving the impression of real economic growth (that isn’t) which generates the demand for infrastructure – and in the building of the infrastructure, the command and control systems for “smart cities” connected to fusion centers are implemented.   It’s the perfect implementation of Sun Tzu’s strategy of war. 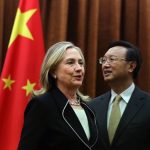 Idaho won’t have to worry about the Otter anymore because he’s not running again.  Brad Little, the current Lt. Governor is setting up for a run for Governor and Brad Little LOVES the Communist Chinese. He’ll no doubt make good use of Senator Johnson’s opening of a new window of corruption.  When Tianwei took over a company in Pocatello, Brad Little was just ecstatic.   A 2011 article in China Daily quotes Little as saying:

NEW YORK – When Baoding Tianwei Group acquired a majority stake in cash-strapped Hoku Corp in 2009 to build a polysilicon manufacturing plant in Pocatello, Idaho, it became the most significant Chinese investment in the state, said Idaho Lieutenant Governor Brad Little.

…Little called the investment a win-win situation for Idaho and China because he said it will create jobs for his state as well as high quality products for consumers in China.

“Hoku is a good example of a trade that is mutually beneficial to both countries.  Because of the technology and infrastructure we have in Idaho, we can provide high-quality products for buyers in China. China buys a lot of our products, and this is why they invest in Hoku,” Little said.

Not only did the investment put Pocetello on the global map, the construction of the production site has injected $500 million to $700 million into Idaho with the purchase of materials such as steel and chemical reactors from Germany, said Gynii Gilliam, executive director of Bannock Development Corp.

Bannock Development is a private, nonprofit economic development organization which aims to attract businesses to Pocatello.

And then you can listen to Ben Gregerson, a college student activist interview Pocatello Mayor Brian Blad to hear more of the real story about how Hoku never should have happened.  Ben did such a good job, Bannock County Democrats felt compelled to respond.

With all this hoopla about Russians hacking our elections – while the Democraps said nothing about the Communist Chinese and the 2011 conference, it appears to be a coordinated strategy in which the Russians bought the Republikrauts with promises of oil and the Communist Chinese bought the Democraps with promises of “the great Chinese market” for American technology for renewable energy and all of the frauds associated with “Climate Change”.     The only losers in the deal are American children who will have lost their country – their heritage, history and culture.