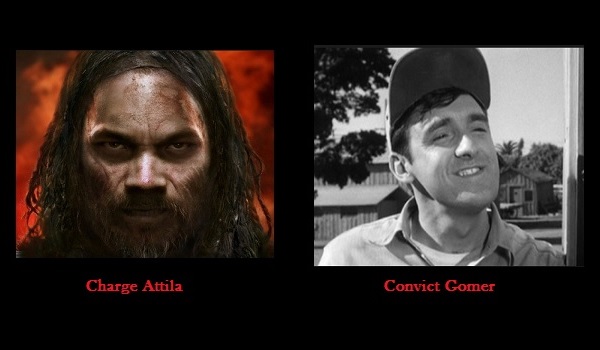 I’ll let you write the substance, you let me write the procedure and I’ll screw you every time ~  Rep. John Dingell [1]

What happened in the case of U.S. Government v. Hammond Family is that U.S. prosecuting attorneys abused their authority when they used a procedural trick to convict the Hammond’s of a crime they did not commit.  That crime would be eco-terrorism under the Antiterrorism and Effective Death Penalty Act of 1996, Pub. L. No. 104- 132 (AEDPA) [2].

Before proceeding with the explanation of how this trick works, at a recent Harney County Townhall meeting, Ammon Bundy talked about what is probably one of the most important facts of this case.

The way the procedural trick works is that the suggested punishment is attached to the charge in the indictment.   The nature and quantity of the charges is determined by the prosecutors.   In the Hammond case, the U.S. Attorney’s made the determination by virtue of the number of charges irrespective of the merits of those charges, that the Hammond’s were eco-terrorists.  The mandatory minimums on the charges takes the discretion away from the judge and gives it to the prosecutors.  They convicted the Hammonds before the case was ever heard by a judge.

The following is a list of the charges along with the penalties attached to those charges under the section of law that the Hammond’s were convicted: 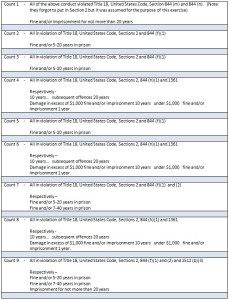 Under this procedural system of attaching penalties in the indictment, it gives the power to the U.S. Attorney’s to convict people of crimes they didn’t commit as they did in the Hammond case.

For example, a U.S Attorney could charge a man with murder, rape, arson, fraud, grand theft and malicious destruction of federal property by dispersal of a toxic substance.  The charges and penalties all appropriate for Attila the Hun.  None of the charges have merit so they are dropped – except the last one for which prosecutors have absolute proof.  The cameras in front of the federal courthouse captured video evidence that Gomer spit on the sidewalk in front of the court.  BOOM – caught that beast and he is convicted. With the mandatory minimum sentence called for in the indictment for Attila the Hun, Gomer gets 5 years in prison and apparently there is nothing that anybody can do about it because there is no procedure for dealing with prosecutorial misconduct.