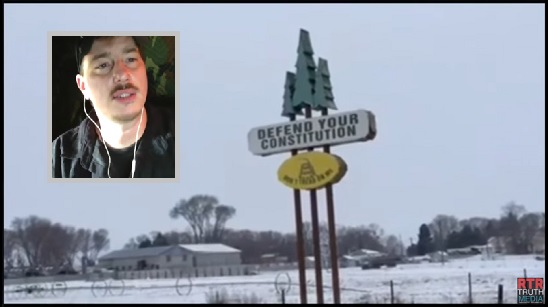 Last night I did something I rarely do anymore. I listened to Republic Broadcasting Org, the Resurrect the Republic radio program normally hosted by Tom Lacovara-Stewart.  As I learned, Tom wasn’t there because he is in jail in Lane County, Oregon.  Presumably that means the Lane County Adult Corrections facility – same place Michael Emry is being held.

Tom was in Burns, Oregon during the occupation of Malheur but he was there as media – same as Michael.  There were a lot of informants but it doesn’t seem kosher for Tom to be arrested nearly a year later and while he was in New Jersey.  The indictment came from a grand jury so there is no information on where they got the information that Tom had a gun (if he had a gun).

There is something curious about Tom’s case besides stretch of the Oregon prosecutor.  On the indictment, the charge is listed as

The woman on Tom’s program last night, Laurie “Texas 101” spent quite a bit of time talking about Admiralty Law and the Catholic Church.   It seems that the Oregon District court is updating their Local Rules of Admiralty Procedure.   They are seeking public comment.

Laurie also talked about approaching the Vicar-General (Catholic Church) for assistance in Tom’s case.  She talked about a lot of things I’ve never heard before but as I’ve had time to think about things, what she says makes sense if you take your thinking back to the time when the only law was monarchs and church leaders – the Pope in particular.  I don’t spend a whole lot of time in church, but there is one “feature” that stuck in my mind in the several cathedrals I’ve visited both here in the U.S. and in Europe.

The barrier between the pulpit and the people could be called a bar.   Someone told me one time that the Bar Association was so named because in the old British courts, the advocate and prosecutor stepped up to a bar to be heard by the magistrate.   I don’t know if that’s true but I suspect that it is true.

When I was looking for an image of an old British court – which I didn’t find one that I wanted to use, I found a graphic of the structure of the British Court System. 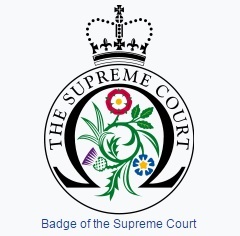 When I looked up the British Supreme Court, I found that it was created in 2009 but, the court has a badge and badges date back to the establishment of the Worshipful Companies.  Livery Companies are patent holders on a trade or profession. 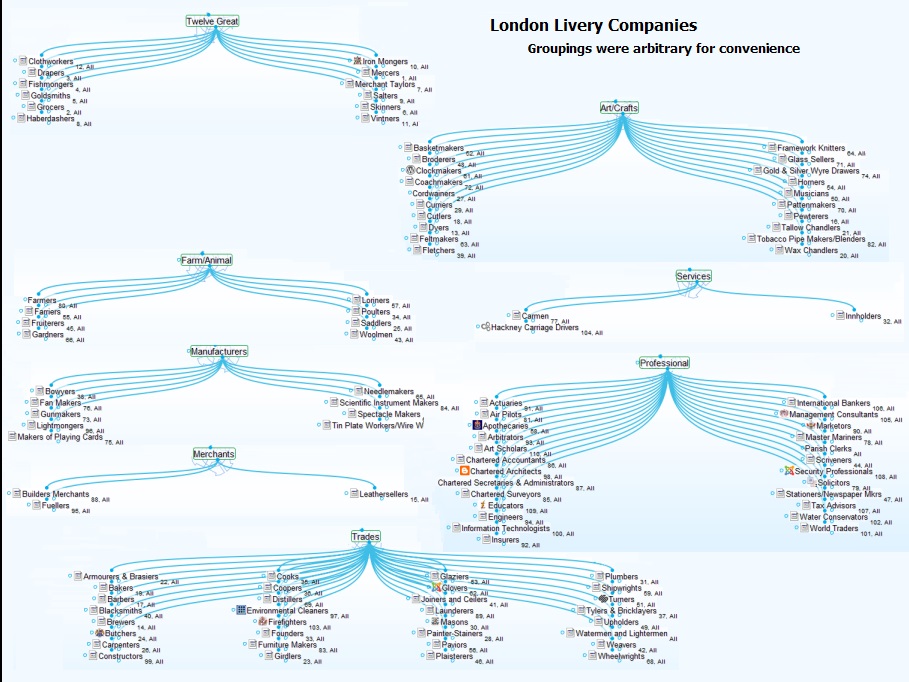 Because of the reference to the Crown on the organization of the British Court System, I did a search to find out how the system was organized before 2009.  Before it was called the Supreme Court, it was called the Appellate Committee of the House of Lords.

The House of Lords, in addition to having a legislative function, historically also had a judicial function. It functioned as a court of first instance for the trials of peers, for impeachment cases, and as a court of last resort within the United Kingdom. In the latter case the House’s jurisdiction was essentially limited to the hearing of appeals from the lower courts. Appeals were technically not to the House of Lords, but rather to the Queen-in-Parliament. By constitutional convention, only those lords who were legally qualified (Lords of Appeal in Ordinary, or Law Lords) heard the appeals, since World War II usually in what was known as the Appellate Committee of the House of Lords[1][2] rather than in the chamber of the House.

During the 20th and early 21st centuries, the judicial functions were gradually removed. The final trial of a peer in the House of Lords was in 1935, and in 1948, the use of special courts for trials of peers was abolished. In 2009 the Supreme Court of the United Kingdom assumed the functions as the new court of final appeal in the UK.  Wikipedia

The significance of the appeal going to the Queen again goes back to the Livery Companies – in particular the Mercers – or as I like to call them, the Whores of Babylon.

The British Monarch holds the title ‘Defender of the Faith and Supreme Governor of the Church of England.  And that’s the link between church and law.

The Mercers’ Livery Company is the oldest livery company with history dating back to the 12th century.  The trade of mercery comes from “the Latin term “merx” which means merchandise”.

“The Company is also patron of a number of benefices in the Church of England (i.e. it has the right to appoint the vicar or rector of a parish) and maintains close links with its affiliated units in the United Kingdom’s Armed Services.

“The Company and its associated charitable trusts, makes substantial grants to support education, general welfare, church and faith and arts and heritage.  A network of alms houses and other homes for the elderly are also managed by the charitable trusts associated with the Company.  The Company is closely involved with the running of 17 schools across the country and supports them primarily through the appointment of governors.

Getting back to Tom Lacovara-Stewart and Laurie (Texas 101) and Admiralty Law which she spoke quite a lot about in the context of the church.  It occurred to me that the idea that people have been declared dead at sea – redefined as property under the 14th Amendment makes sense in terms of Admiralty Law and the slave trade.  Consider this – the captain of ship is law unto himself – God so to speak.  Africans captured as human beings and placed onto a ship could be declared dead as humans and redefined as cargo – property, a commodity for sale.  It would make sense to do that at sea because there was no higher authority than the captain of a ship on the ocean.  The 14th Amendment didn’t set the slaves free, it made us all slaves.

This is starting to make sense – why the 13th Amendment would have been buried, why the 14th Amendment was illegally passed and may very well be why Tom is in jail – really.