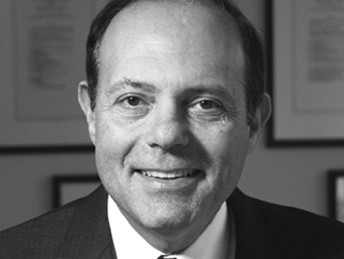 The Community Reinvestment Act was signed into law in 1977 by Jimmy Carter.  On July 15, 1993, the Clinton Administration gave a background briefing concerning two initiatives that were part of the new administration’s economic plan. The two initiatives involved community development banks and the Community Reinvestment Act.  As you read the background transcript, note the reference to “empowerment zones” (aka mainstreaming gangsters) and using private sector leverage:

On December 8, 1993, the Clinton Administration held a press conference to announce reform of the Community Reinvestment Act.

“In July the President asked the four banking regulators to reform CRA, to reduce paperwork in process and reward performance, and to get that done by January 1, 1994. We’re delighted to report that that has been accomplished on schedule. And in conjunction with the President’s Community Development Bank and financial institution legislation, which recently passed the House of Representatives, CRA reform will generate billions of dollars in new lending and extend basic banking services to the inner cities and to distressed rural communities around the country.

Before I turn this over to Secretary Bentsen who, as always, did an extraordinary job in marshalling the resources of the Treasury to deal with this  priority of the President’s, I would like to thank Chairman Greenspan and Governor Lindsay, of the Fed, Andrew Hove, of the FDIC, and Jonathan Fiechter of the OTS for their substantial contributions to this process. We would also like to give special thanks to Comptroller Gene Ludwig in his efforts to make CRA reform a reality.”

Eugene Ludwig attended Haverford College.  The following are excerpts from an article in their Alumni Profiles:

Eugene Ludwig was appointed to the position of Comptroller of the Currency in 1993 by William Clinton.

“…following Clinton’s 1992 election, the president-elect invited Ludwig, an old friend and banking industry specialist at Washington’s Covington and Burling, to guide the banking policy components of the presidential transition team. (The pair’s relationship stretched back to their days as Rhodes Scholars at Oxford and as classmates in Yale Law School’s class of 1973.) From there, it was a short step to the OCC.”

Although Ludwig’s lack of experience in policy circles only increased the scrutiny directed at the OCC, the new comptroller didn’t let the pressure intimidate him. To the contrary, he returned to the source of his authority – the National Banking Act – and sketched out an aggressive plan to reassert the office’s chartered powers in the name of seismic industry transformation.

. . .  With the president’s mandate, the OCC moved to allow banks to begin offering products and fee-based services in insurance and securities historically (thanks to 1934’s Glass-Steagall Act) beyond their purview. He also simplified the OCC’s bulky regulatory apparatus by “rewriting every rule in the book,” and improved banking safety and soundness by implementing computer-based risk-prediction models and a system of “risk-based supervision” which focuses attention on volatile investments like derivatives.

. . .  If Ludwig’s comments sound a bit arch, it’s because of what happened – namely, four 9-0 decisions by the Supreme Court defending his actions and, specifically, his assertion of the comptroller’s chartered powers. “It was clear the Court was more interested in the basic authority of the comptroller,” Ludwig recalls. “The National Bank Charter was meant to evolve . . . It’s hard to say you’re acting in an ultra vires fashion,” he adds, “when the Supreme Court completely and unanimously tells you you have the authority to do it.”

Ludwig remains proudest, however, of his efforts to compel bank compliance with fair-lending laws and his revitalization of the Community Reinvestment act (CRA), a 1977 law requiring banks to invest in poorer neighborhoods and improve lending and service to low- and moderate-income borrowers. Although branded an “activist” for his vigorous support of the act – he enlisted the attorney general and secretary of Housing and Urban Development to help enforce it – he points to the cold, hard facts to justify his tactics.

In 1996, the New York Times wrote an editorial supporting the Clinton Administration changes to U.S. banking laws. The title of the article was Modernizing a Banking Law.  The following are significant excerpts from the article:

The chief regulator of about one-third of the nation’s banks announced this week that he would allow the banks under his control, on a case-by-case basis, to more easily enter securities and insurance markets. Eugene Ludwig, Comptroller of the Currency, has thereby outflanked an antiquated law passed during the financial turmoil of the Depression that serves no modern purpose.

Consumers will reap the benefit of added competition in the market for insurance and investment products. Taxpayers should also applaud. By permitting banks to diversify investments out of local real estate, Mr. Ludwig has made it all the more unlikely that a regional downturn will trigger big bank failures like those that struck the savings and loan industry in the 1980’s, forcing taxpayers to put up hundreds of billions to bail out depositors.

The outmoded Glass-Steagall Act of 1933 separated the securities and banking industries. At the time, some in Congress presumed that the wave of bank failures at the dawn of the Depression had been triggered in part by speculative investments that banks made in stocks and other securities. As Prof. George Benston of Emory University has convincingly shown, the presumption was wrong. Few banks that owned stocks failed. But myths die hard, and besides, after 60 years, the securities and insurance industries have built up a huge interest in preserving Glass-Steagall.

Mr. Ludwig has exploited a statutory loophole to approve the new banking activities. That is not an ideal way to correct the nation’s banking laws. But he has proceeded with exemplary caution. Banks would be required to set up separately funded subsidiaries, providing solid protection against a financially plagued subsidiary going after the parent bank’s insured deposits.

On October 1, 2008, a UK online magazine named the SPECTATOR published an article titled Clinton Democrats Are To Blame For The Credit Crunch.   The following is a significant excerpt that describes how the U.S. Justice Department was used as a weapon in this scheme of regulatory bank robbery:

. . . Let us be clear: this crisis was not caused on Wall Street — it was caused in the White House. The root problem was not financial — it was political, and those truly responsible for this fiasco were not bankers, nor even Bush Republicans; they were Clinton Democrats.

For generations, America’s bankers have been firmly refusing credit to those they judged unworthy of it. Yet the mountain of toxic subprime debt that has threatened to overwhelm the entire financial system . . .  What could possibly have induced them to act so recklessly, and so out of character? . . .  The correct answer is that banks were bullied, cajoled and coerced into lowering their lending standards by politicians in pursuit of an ideological agenda.

Let’s wind back to 1993 and Roberta Achtenberg’s arrival on the Washington political scene. Achtenberg had made her name in San Francisco as a civil rights lawyer and activist, campaigning to keep open the city’s gay bathhouses, and (I promise I’m not making this up) pressing for an increase in the number of gay Scoutmasters. Bill Clinton offered her a job in his new administration, and Roberta Achtenberg became the first openly lesbian nominee ever to receive a Senate confirmation. She duly took up her post as Assistant Secretary for Fair Housing and Equal Opportunity at the Department of Housing and Urban Development (HUD).

The main thrust of the Clinton housing strategy was to increase home ownership among the poor, and particularly among blacks and Hispanics . . . But standing in the way of the realisation of this dream were the conservative lending policies of the banks, which required such inconvenient and old-fashioned things as cash deposits and regular repayments — things the poor and minorities often could not provide. Clinton told the banks to be more creative.

Meanwhile, Ms Achtenberg, a member of the kickass school of public administration, was busy setting up a network of enforcement offices across the country, manned by attorneys and investigators, and primed to spearhead an assault on the mortgage banks, bringing suits against any suspected of practising unlawful discrimination, whether on the basis of race, gender or disability. Achtenberg believed racism was a big factor in keeping minorities from enjoying the same level of home ownership as whites. She doubted if much could be done to change people’s attitudes on racial matters, but she was confident she, in cahoots with Attorney General Janet Reno, could use the law to change the behaviour of banks.

However, when little or no overt or deliberate racial discrimination was discovered among the mortgage lenders, HUD’s investigators turned to trying to prove ‘disparate treatment’ of minority groups, a notion similar to that of unintentional ‘institutional racism’. If a bank refused loans to proportionally more black applicants than white ones, for instance, the onus would fall on it to prove it had good grounds for doing so or face settlement penalties running into millions of dollars . . .

A Million Homes and a Million Subprime Mortgages

On February 4, 1999, Vice President Al Gore announced a Partnership to Build One Million Homes.  The following are excerpts from Gore’s prepared remarks:

Through initiatives like Empowerment Zones and Community Development banks, we are working to get start-up capital into the hands of small businesses that need it most — and we are especially proud of the fact that of the more than $1 trillion in private sector financial commitments that have been made to distressed communities under the Community Reinvestment Act — more than 95 percent has been made since 1992.

Through our community policing initiative, we are well on our way to putting 100,000 new police on our streets — which has helped produce the largest drop in violent crime in more than two decades. Last year, we made our first down payment on 100,000 new teachers for America’s schools — and as part of this year’s budget, we are asking Congress to finish the job, and work with us to rebuild and modernize 5,000 schools. We are making new efforts to move people from welfare to work, and we have even proposed new funding to help America’s cities build more parks and green spaces where parents can play with their children in safety.

Today, I am proud to announce that the National Association of Homebuilders and the U.S. Conference of Mayors are coming together with the Department of Housing and Urban Development to commit themselves to the goal of building one million new homes in America’s central cities over the next ten years. That’s on top of the 250,000 new homes that are already being built in America’s central cities each year.

As part of this agreement, NAHB will work with its more than 800 state and local home builder associations to encourage them to work with communities to build homes in our inner cities; the Conference of Mayors will encourage its members to work with HUD and NAHB to identify and remove barriers to the private sector for new home production; and HUD will provide community builders to assist mayors and homebuilders in bringing agencies together and identifying new federal resources.

I am also proud to announce that this partnership is also working together to create a new “Council on Building Homes in America’s Cities.” This Council will be based at the U.S. Conference of Mayors and will develop a detailed plan for achieving the goal of a million homes over the next ten years.