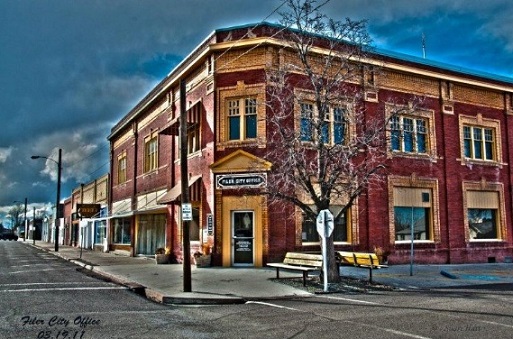 The issue most on the minds of the audience at Senator Mike Crapo’s townhall meeting was the refugee resettlement program at the College of Southern Idaho (CSI).  Towards the end, one lady in the audience suggested that everybody who was at the meeting because they opposed the CSI program, stand up.

The Filer City Council Chamber has a capacity of 43 people and there were a few people standing in doorways.  All but about five people in the room stood up.   Two notable exceptions that remained seated were the two state legislators in the room, Rep. Maxine Bell, from Jerome and Rep. Clark Kauffman of Filer.

One lady in the audience who was concerned about her taxes, complained rightfully about the amount of money the government is spending on refugees and that money includes her tax dollars.  Why are they spending so much money on refugees when we have needs of our own?  She said she doesn’t make enough money to solve the problems of the world.

She also talked about the selection criteria for people who are being brought into this country.  She said in Australia, they don’t just let anybody into their country.  They only allow people in the country who can contribute to the country through the skills or talents they bring.  She suggested that we need a moratorium on all immigration and refugee importation until we can figure out who is here because we don’t know.

In general Senator Crapo is supportive of the refugee resettlement program but he was open to the idea of a moratorium.   However, to talk about the budget deficit and the need to fix it and then to support the spending of hundreds of millions of dollars to import people who are not even culturally compatible makes no sense and is demonstrative of the compartmentalization of politicians and issues.

One of the members of the audience was an elderly gentleman who said he was in the Post Office in Filer when two Somali men of military age come in and they were taking about how much they hate the United States.  He expressed his concern about the CSI refugee resettlement program bringing in military age men from Syria.  He didn’t think military age men should be included in the refugee program.

Senator Crapo assured the audience that the refugees coming in are vetted before they are allowed into the country.      This however, is not true.  Last February, the House Homeland Security Committee held a hearing in which Michael Steinbach, Assistant Director of the FBI Counterterrorism Division testified that while they have the tools to vet refugees, they don’t have the data on people from Syria because Syria is a failed state and we don’t have any people on the ground to gather information.  Therein is the flaw in reliance on computer systems as the federal government is attempting to implement them.  If you don’t have the data or if your data is bad, your system is useless and provides only a false sense of security.