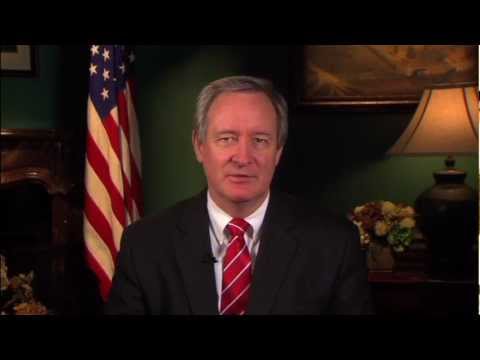 Today, Senator Mike Crapo held a townhall  meeting to a packed house at the Filer City Hall on Main Street.  The City Council Chamber where the event took place has a room capacity of 43 people.  Every chair was filled and at least one lady was standing in the doorway.

Two state elected representatives were present – both from District 25.  Rep. Maxine Bell of Jerome and Rep. Clark Kauffman of Filer were there though neither one spoke except for brief banter with Maxine when Senator Crapo recognized them by name.   Apparently Crapo and Bell go way back before Crapo was elected Senator.  Maxine Bell has served 14 terms in the Idaho legislature.

Senator Crapo has two issues that he’s particularly focused on related to his presentation.  The first issue is the growing deficit.   Apparently the Simpson-Bowles Commission is still in operation and they are coming up with tax code changes.  Senator Crapo was a member of the original Simpson-Bowles Commission and since he is on the Senate Finance Committee, he’s still deeply engaged on the issue of tax reform.  On Crapo’s website, there is a press release calling for “comprehensive tax reform”.   Heads up on that one.  Every time the Congress “reforms” the tax code, if you work for a living, your taxes will go up, corporations will pay less, there will be more tax breaks for the wealthy, and more people will be dropped off the tax rolls because they don’t make enough money to live and pay taxes.   You can make book on it.

The other issue is a bill to provide regulatory relief because the Environmental Protection Agency is promulgating rules faster than we can keep up.  It’s not a stretch to say that the EPA has in mind to put Idaho farmers out of the farming business.  It’s common knowledge that they are trying to take control of Idaho water.   There is a press release on Crapo’s website talking about his initiative, but it must be buried in other legislation because there isn’t a bill pending.

Kevin Hammond, State Service Officer for the Idaho Division of Veterans Services was introduced by Senator Crapo.  Senator Crapo has a survey for Veterans that he would like veterans to complete and send to him.  Senator Crapo is trying to assess the quality and quantity level of service that Idaho veterans receive.

The survey is online or you can call Senator Crapo’s office and have them send a hard copy to you.

All in all, it was a good meeting and Senator Crapo is to be commended for making the effort to appear personally to speak to people in all of the small towns in Idaho.   And as one of the members of the audience, I would especially like to thank Senator Crapo for not filibustering on the easy questions to chew up time like some other legislators are known to do.