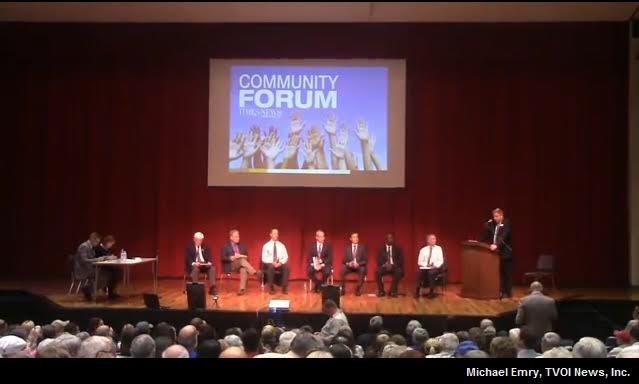 On September 22, 2015 at the College of Southern Idaho, the Times-News sponsored a Community Forum on the refugee resettlement program at the college.

All the members of III% of Idaho stood at the same time and walked out in protest of the forum not asking the specific questions submitted by the citizens who took the time to come and ask them. We left with out a word. We are not disrespectful, unlike the folks who organized that dog and pony show. — Eric Parker

TVOI note: Out of sincere concern, several Idaho citizens took both the time and effort traveling great distances to have their valid questions answered, only to have each and every question completely ignored.