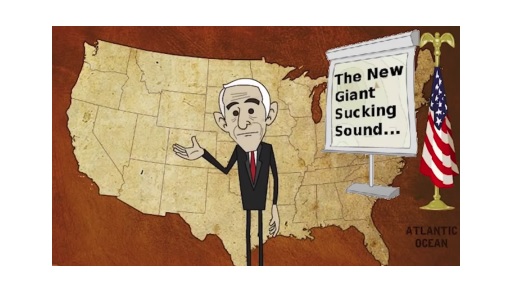 With the announcement of the Special Session of the Idaho Legislature for the specific purpose of trying to put SB 1067, the Uniform Interstate Family Support Act (UIFSA) 2008 into Idaho law, TVOI News has continued it’s study of the Act because of the specific reference to the Hague Convention on the International Recovery of Child Support and Other Forms of Family Maintenance. The integration of international law into state law is another step in globalization and a step towards disintegration of both the United States as a sovereign and independent nation and consequently our state as a state within the nation.

When the announcement of the special session was made, a draft copy of an amended version of the UIFSA 2008 model language was released. This draft version contains amendments to the UIFSA. It doesn’t really matter what the amendments say because the federal requirement for ascension to the Hague Convention is that the UIFSA is passed into state law verbatim. That makes the amendments no more than smoke and mirrors – a trick to try and make people believe that they really did something to change it. A brief overview titled, Why States Should Adopt the Uniform Interstate Family Support Act 2008 Amendments includes the following statement:

Limited Changes – The 2008 changes to UIFSA were limited to those necessary to accommodate the Convention. Sections 2-6 are largely unchanged, and a new Section 7 contains all rules applicable to cases involving the Convention.

A paper written by Eric M. Fish, Senior Director of Legal Services of the Federation of State Medical Boards in DC was found posted on the Social Science Research Network website. The paper is titled, The Uniform Interstate Family Support Act (UIFSA) of 2008: Enforcing International Obligations through Cooperative Federalism. It was published in 2011 in the Journal of the Academy of Matrimonial Lawyers. On pages 1-2 of this paper, Fish wrote:

“The recent decision of the United States to join the international community in a family maintenance treaty ushers in an expansion of the principles of UIFSA and a new approach to the implementation of private international agreement through state law. Just as UIFSA harmonized the domestic system, the newest amendments will maximize enforcement and recognition that has emerged along with the idea of the global family—all while respecting the traditional authority of state law within the federal system.”

Both these two statements and in various other places, it’s clear that these changes to state law have nothing to do with domestic child support enforcement cases. This is only about international child support cases.

On page 40 of Fish’s report, he wrote that “much of the Hague Convention addresses administrative activities of the signatory countries”. Health and Human Services as the Central Authority for the U.S. will have the authority under the Hague Convention to locate the obligor or oblige, facilitate enforcement, and ensure collection of payments. Noteworthy in what Fish wrote is that one of the contentious issues resolved by the treaty was the bases for recognition and enforcement of maintenance decisions in signatory countries. In other words, bases for determination of jurisdiction. The bases are as follows:

1. The respondent was a habitual resident of a country;

2. The respondent voluntarily submitted to the jurisdiction or did so defending a claim on the merits;

3. The creditor was a habitual resident in the state of origin at the time proceedings were instituted;

4. The child for whom maintenance was ordered was a habitual resident in the state of origin at the time proceedings were instituted;

5. Voluntary agreement by all parties to submit to jurisdiction;

6. The decision was made by an authority exercising jurisdiction on a matter of personal status or parental responsibility, unless that jurisdiction was based solely on the nationality of one of the parties.

In the United States when we think about child support enforcement, the typical case is an errant father who took off leaving the wife to support the children who consequently become a burden on the state for support. All the propaganda about UIFSA 2008 language uses that meme as the reason why UIFSA should be passed. But upon close scrutiny of the bases for jurisdiction, U.S. participation in this Hague Convention could actually turn our government – using our tax dollars, into a service provider for temporary foreign workers to facilitate the transfer of funds to the family back home. All that needs to be done is to file the paperwork in the home country to submit to voluntary jurisdiction of the country of “habitual residence”.

Initially, when I saw that, I thought they were going to be taking a large chuck of Western Union’s business away from them because that’s the way foreign workers send money back home now. But no, I was wrong about that. Western Union seems to have already made their deal with at least one state and no doubt they’ve made a deal with HHS as well. Isn’t fascism great? The government becomes an instrument to be used for increasing profits while the sucker taxpayers pay for it. Implicit in this service provided to temporary foreign workers is the facilitation in the displacement of Americans in American jobs. And Idaho judges will be able to plus up their retirement funds with rubber stamp case fees for voluntary international child support cases. As that foreign actor whose name I never knew used to say… What a Country.