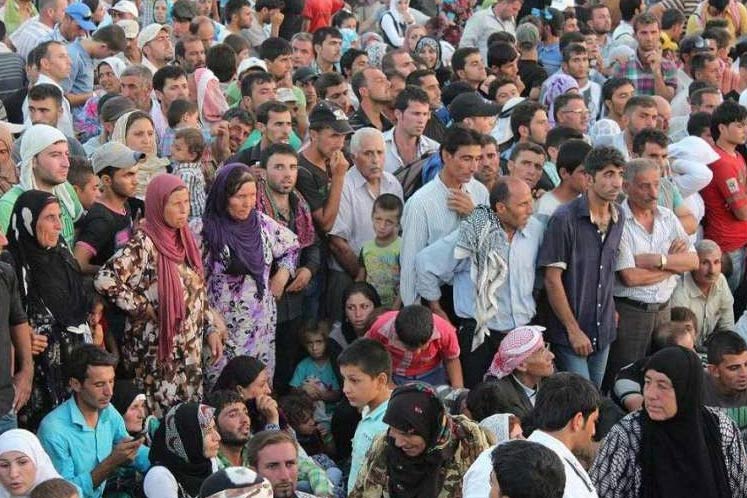 See Notes at the end of the article

Boise, Idaho (TVOI News) As Idaho’s very own, Vicky Davis first reported in November 2014, when patterns of activity can be detected and defined, the pattern is a system and systems exist for a purpose.

The Refugee Resettlement Center (RRC) in Boise is an element in the system that is using cracks in the law to fracture the nation. It is a cultural weapons system to facilitate a foreign invasion using alleged refugees…. “freedom fighters”. What a sick joke.

This is the same arrangement that was found with the local Economic Development agencies that receive federal money but who operate supposedly independently – using federal money that was gifted to them through grants to buy constituents for federal programs in the local communities.

Southern Idaho Economic Development Organization (SEIDO) is one such agency. Mountain States Group, SEIDO COMPASS for transportation, Smart Growth, etc. are all part of what could be called the Shadow Government because they appear to be private special interest groups, but they get federal money to implement federal programs in the states.

The beauty of the system is that since they are privatized, they can buy their own politicians who will usher the legislation through the state legislatures by the back door while still retaining the appearance of an elected, representative government. It is a system that is inherently corrupt and builds a conspiracy of silence amongst the insiders because all the insiders benefit financially and politically while the citizen/taxpayers are stuck with bills for it and have no vote on any of it.

Refugees as a Weapons system 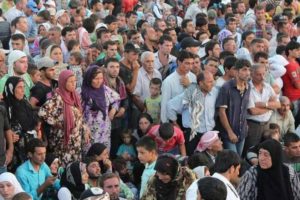 Part 1 – Refugees as a Weapons System

“The latest revelation of such colonization is coming to Idaho. According to MagicValley.com: The College of Southern Idaho’s Refugee Center is expecting an influx of Syrian refugees starting in October.

Projections show the center will likely receive 300 refugees from around the world during the upcoming federal fiscal year. That’s the same number as this year. Refugee Center director Zeze Rwasama anticipates the biggest populations of newcomers will be from Syria and the Democratic Republic of the Congo.”

A loyal TVOI reader brought this article to our attention.

This article was originally posted by Becky.  When I copied it here, I did not include links to the first two articles of Refugees as a Weapons System as they were on TVOI News  because they were just WordPress versions of the original articles posted on my  channelingreality.com website and I’m not copying them to the TTT website.

Also, regarding the article posted on DC Clothesline, I found at the bottom of the article a reference to  Freedom Outpost.  The article originated on Freedom Outpost and was propagated to DC Clothesline.   The original source for the story of Syrians coming to Idaho was Magic Valley which is the website version of the Twin Falls Times-News.  It was written by Julie Wooten-Greener, April 30, 2015, headline: CSI Refugee Center Expects Influx of Syrians.

May 5, 2015 Obama Admin to Colonize Idaho with Thousands of Muslim Refugees from Syria, Freedom Outpost https://web.archive.org/web/20150509043057/http://freedomoutpost.com/2015/05/obama-admin-to-colonize-idaho-with-thousands-of-muslim-refugees-from-syria/

May 6, 2015 Obama Admin to Colonize Idaho with Thousands of Muslim Refugees from Syria, DC Clothesline https://www.dcclothesline.com/2015/05/06/obama-admin-to-colonize-idaho-with-thousands-of-muslim-refugees-from-syria-2/