The counterbalance to the Cult of Doom…..

We all live in a yellow…

YIKES!   WE’RE ALL GOING TO DIE  if we don’t implement “sustainable development” killing our own economy with an obsession for efficiency to fight the engineered, fear?inducing storylines of Peak Oil, global warming and climate change…

is the Troupe of Dreamweavers… 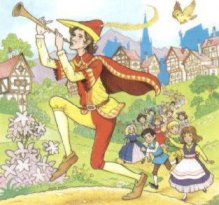 leading the children out of the darkness of the Cult of Doom and into the utopia of cooperation and collaboration – Happy! Happy!  Joy! Joy!   The Magic of Belief… 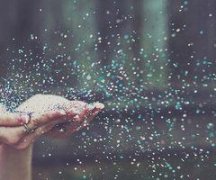 Why do I say that?   Because the British always play to the balance…. 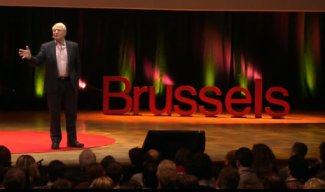 This part of the story is a bit of a Magical Mystery Tour but the story of the Smart Grid wouldn’t be complete without a foray into the fantasyland of the Dreamweavers.   Just stay with me, my friend… 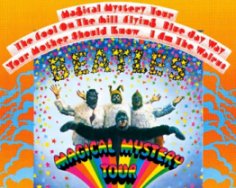 Dreamweavers serve the purpose of creating an insurgency.  The dreams created by the dreamweavers have a power purpose behind them that is not shared with the dreamers.  But it probably wouldn’t matter if the dreamers were aware of the real purpose or not.  It’s easier to live in a dream than in reality anyway.

The most recent and best example of a Dreamweaver’s fairy tale is the movie Thrive – produced by Foster Gamble, heir to the Gamble (Proctor & Gamble) fortune.   We’re supposed to believe that Richie Rich is  concerned with humanity… and wants to see poor people “thrive”.

The movie is a masterful blend of shimmering graphics, wonderment of geometric shapes used by past civilizations in art and architecture around the world, aliens and contacts by extra terrestrials, philosophy with a focus on the idea of what he called a ‘torus’ which he says is a basic element energy in the universe – a self-organizing, self-contained system of perpetual motion producing energy.

The graphic of the torus expels energy from the top and takes it back in at the bottom.  At one point he mentioned lateral oscillations which presumably come from the environment to keep the energy in/out flow contained. 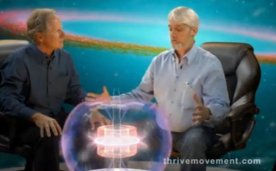 Significantly, Gamble talks about the work of Buckminster Fuller in connection with his ideas about the torus.  Fuller promoted the idea of the “completely recyclable universe”.  He said many times, we’ve already extracted enough resources from the earth to supply the world’s people with everything they need (thrive).  Paraphrasing – all we have to do is to establish systems of perpetual recycling.  It’s obvious that Foster Gamble is a disciple of Buckminster Fuller because Gamble’s torus is a logical, graphical representation of the completely recyclable universe.  It should be noted that while Buckminster Fuller was a genius – brilliant, but he was also quite mad though most people won’t say it because Bucky had a good heart.      One of the graphics that Foster Gamble used to show the concept of the torus in geometric patterns and designs in ancient cultures was this one – 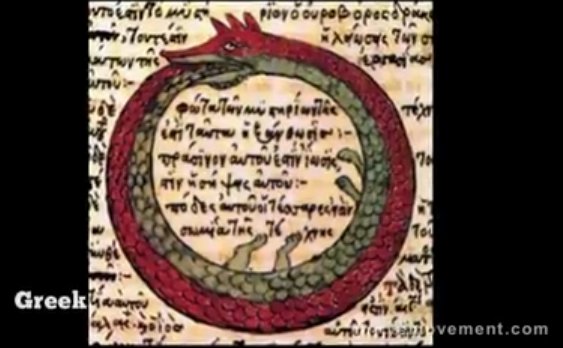 A snake eating his own tail.    I suppose one could take that as a message of a fully recyclable universe but the message I see in that diagram is a message of self-immolation.  Putting together the philosophy with the actions – somehow in this twisted worldview, destruction of society will set them free to have a completely free and voluntary society.

In reference to the torus as it pertains to energy, Jack Kasher, Ph.D, Professor Emeritas of Physics, University of Nebraska said in the movie, there has to be a way to generate energy so that you can pull it out of the vacuum.  Then, referring to aliens, he said “the fact that they are here shows us that they’ve found a way to do it.  (Really?  They’re here?)  My supposition is that their theory, since we live in “spaceship earth” and it’s a closed system, all the energy that has ever been expended is “out there” floating in the universe and we just need a way to recapture it so that we can reuse it.    That’s the best part about fairy tales – anything is possible even if it isn’t. 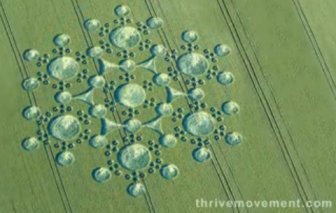 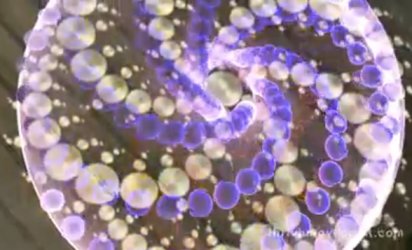 A book could be written about this movie because of the volume of content and the revelation of cult doctrine.  Foster Gamble is a Libertarian.  He said he studied the work of Ludwig von Mises extensively.  That’s an important insight not to be underestimated.  In its entirety, it’s designed to play to the views of the various anti-establishment groups that have found a home on the web.  Gamble called the body of views presented as the “Liberty Perspective” which is based on the principles of non-violence, non-violation; voluntary participation in self-organizing and self-sustaining systems.      The philosophy of all these interest groups boils down to government is bad because government is force  and we should all be “FREE, FREE, FREE”…  where everything is FREE.    FREE TRADE, FREE ENERGY,  barter systems, living on the land, back to nature, etc. 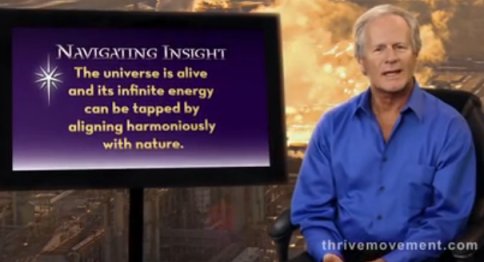 It isn’t until the last 45 minutes of the movie that Gamble gets to the punchline which is that this movie is about living in sustainable communities – the self?contained, self?organized communities.  When you peel back the layers of the onion, what Gamble is promoting is   “sustainable development” ways of living that are the design of the global elite.  Become a peasant on the land and you will be happy… tra-la-la-la-la. 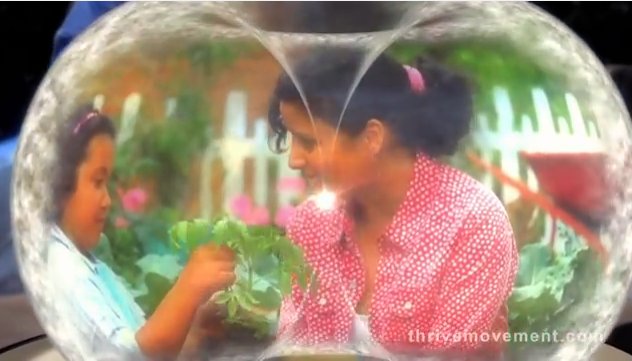 Then Gamble gets to the issue of so-called renewable energy which came with the requirement for smart meters, smart grid and the agenda to penalize production – (market-based environmentalism) and reward non?production.   He advised to “invest in socially responsible ways” – keep that in mind. 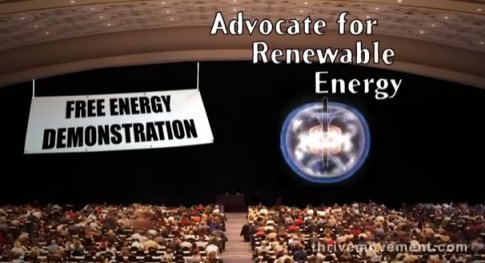 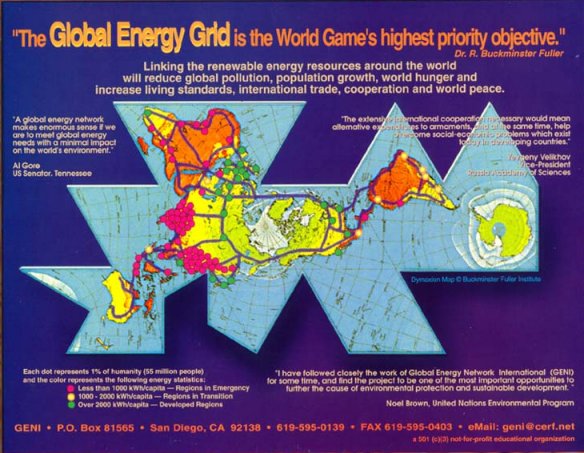 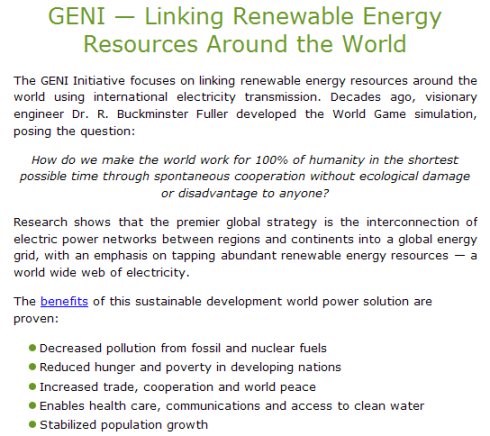 So, you might be wondering why I included the video of Paddy Ashdown talking about the global power shift.   The most significant things he said were: 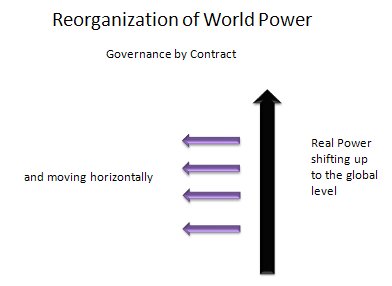