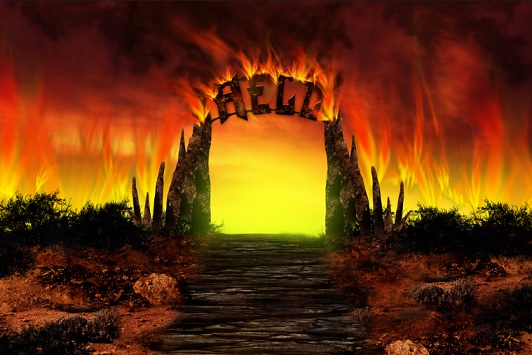 3) charging for use — taxes, tolls, and fees

4) increasing use of eminent domain to build or widen corridors to accommodate toll highways, rail, and/or utility corridors, etc.

7) promoting “smart highways/corridors” — which coincidentally requires the same technologies as a continent-wide surveillance/monitoring system would use:

• command and control centers along corridors to collect, process, and share data

On April 30, 1992, George Herbert Walker Bush signed Executive Order 12803 to privatize the infrastructure and resource assets of the country including the authorization of tolls on the Interstate highway system. (Hyperlinks added).

TEXT: By the authority vested in me as president by the laws of the United States of America, end in order to ensure that the United States achieves the most beneficial economic use of its resources, it is hereby ordered as follows:

Section 1. Definitions. For purposes of this order:

(a) “Privatization” means the disposition or transfer of an infrastructure asset, such as by sale or by long-term lease, from a State or local government to a private party.

(b) “infrastructure asset” means any asset financed in whole or in part by the Federal Government and needed for the functioning of the economy.

Sec. 2. Fundamental Principles. Executive departments and agencies shall be guided by the following objectives and principles:

(a) Adequate and well-maintained infrastructure is critical to economic growth. Consistent with the principles of federalism enumerated in Executive Order No. 12612, and in order to allow the private sector to Provide for infrastructure modernization and expansion, State and local governments should have greater freedom to privatize infrastructure assets.

(d) User fees are generally more efficient than general taxes as a means to support infrastructure assets. Privatization transactions should be structured so as not to result in unreasonable increases in charges to users.

Sec. 3. Privatization initiative. To the extent permitted by law, the head of each executive department and agency shall undertake the following actions:

(a) Review those procedures affecting the management and disposition of federally financed infrastructure assets owned by State and local governments and modify those procedures to encourage appropriate privatization of such assets consistent: with this order;

(b) Assist State and Local governments in their efforts to advance the objectives of this order; and

(c) Approve State and local governments’ requests to Privatize infrastructure assets, consistent with the criteria in section 4 of this order and, where necessary, grant exceptions to the disposition requirements of the “Uniform Administration Requirements for Grants and Cooperative Agreements to State and Local Governments” common rule, or other relevant rules or regulations for infrastructure assets;

In 1989, the Berlin Wall came down and communists rushed across the border from East Germany to West Germany.  In 1990, the re-unification of Germany was announced.  Germany was on the rise at the same time that George H.W. Bush was weakening and dismantling our country by ordering the sell-off of our critical infrastructure.

In 1991, George H.W. Bush appointed Elaine Chao, who had been the Deputy Secretary of Transportation to be the Peace Corp Director for the Baltic States. The color revolution in the Baltics – Lithuania, Latvia and Estonia succeeded in gaining independence from the Soviet Union on September 6, 1991.   The following is from Elaine Chao’s bio:

With the advent of the dramatic rise of new emerging democracies in that part of the world, Elaine Chao established the first Peace Corps programs in the newly liberated Baltic nations of Latvia, Lithuania, Estonia and the newly independent states of the former Soviet Union to help its peoples adapt to the new free enterprise economic system.

Peace Corps is a U. S. government agency that sends young Americans to volunteer in developing countries for two years. Traditionally, the majority of Peace Corps volunteers were often newly graduated from colleges, and worked in developing nations with subsistence economies by helping to build ditches, improve agricultural methods, elementary education and community hygiene.

For the new programs in the Baltic and the former Soviet republics, there was less need for such assistance. Instead, these countries requested more sophisticated aid in developing private sector entrepreneurial and small business capabilities. Secretary Chao realized that the new programs in this region needed to focus on different skills to help jump-start the fledging new economies to ensure the continued survival of these new democracies.

So, Peace Corps launched a new campaign to recruit more experienced volunteers with business, marketing, financial, accounting backgrounds who had at least five years of work experience in the private sector. A hotline set up for candidates interested in participating in this exciting new initiative during this historic period in world history, received over 1,000 calls the first day it was in operation. By fall, over 250 Peace Corps Volunteers were on their way to the Republic of Russia. And, other volunteers were soon to follow to Ukraine, Georgia and other newly established nations of the former Soviet Union.

Elaine Chao turned what was an assistance program that helped people in the least developed countries into a small business bubble machine for political purpose.  The model of the small business bubble machine with small businesses being created by government as class rooms with a sign on the door “open for business” is the model for education in the United States.  These “businesses” that aren’t really businesses receive subsidies and preferential treatment for contracts because they are really schools engaging in vocational education.  That’s why when they are talked about, the number “10 workers” is always specified – small business with 10 workers.  This is a system that turns our young people into slaves to get their “certificates”  –  license to work.

The problem they were trying to solve was that the Soviet Union and satellite states were in a command and control economy.  They did not have a system of supply and demand.  The controllers of the economy determined the supply they thought was necessary and there was no demand because it wasn’t allowed.  By funding start-up businesses they thought they would be kick starting a capitalist economy with supply and demand driving the system.  What they actually did though was to create a system of state capitalism – with the state “partnering” with business, the state picking winners and losers with the losses being picked up by the taxpayers.

This system is a virus and has been implemented here in the United States through the universities and with the funding provided by the Small Business Administration.  This system is the source of the “serial entrepreneurs” – people are living on the public tit by starting businesses that aren’t really businesses.

There have been second, third and fourth order ramifications to this system in the United States with the biggest being that real entrepreneurs that started their own businesses by the sweat of their brow have been put out of business by subsidized phony businesses by university-selected “winners”.

Over the years, as I was trying to figure out what was happening, I wrote a number of stories that were anomalous given my understanding of the way our economy was supposed to work – versus the way it was working.

American Farmer’s Can’t Get Loans But NRI’s Can?

The common thread through all of them is the zone designation – intermodal commerce zone, hubzone (closed military base) workforce development zone, foreign trade zone – and the connection to transportation system.

Think of the definition of a zone as a logical island – a separate and distinct territory without the water.

Libertarians and the Rise of Technocratic Fascism

Reason is the Reason for Treason

So by now you might be saying, What does this have to do with Elaine Chao and Peace Corp?   Her time at the Peace Corp was spent implementing the system that she then brought back and implemented during her time as Secretary of Labor during the George W. Bush Administration.  Chao’s program converted our economy to state capitalism – which is really fascism – partnership between government and government initiated, funded and protected businesses – that aren’t really businesses.

China has a system of state capitalism and that’s the system Chairman Chao will further implement here.  She put us on the road to the hell of communism.