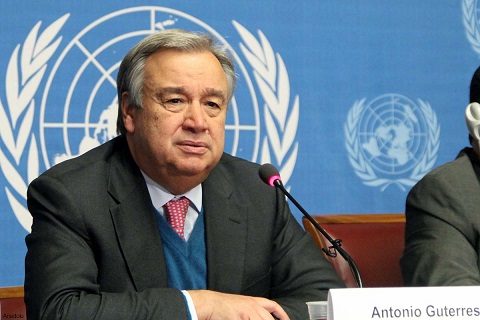 On December 16, 2016, the U.N Secretary General Ban Ki Moon gave a year-end press conference that was also his final press conference.  He is retiring at the end of the year.  The new U.N Secretary General will be Antonio Guterres.  Guterres was the UN High Commissioner for Refugees (UNHCR).  Guterres is a Socialist which is a synonym for Communist.  Guterres was an officer of the Socialist International from 1992 to 2005.  He became the UNHCR in 2005.

Redistribution of people – especially to the western developed countries is the communist agenda.  Anybody who supports the refugee resettlement program and cooperates with it has to be considered a communist and not a humanitarian.