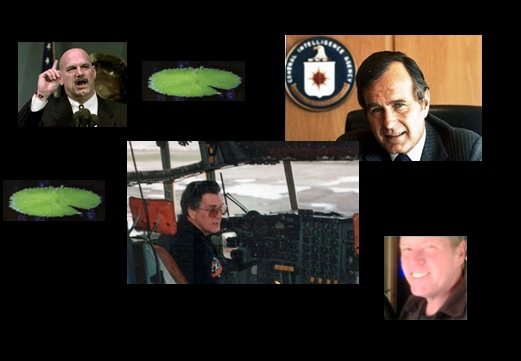 Posted By: Vicky Davison: May 26, 2016In: Michael-Extra, Transportation2 Comments

This article was originally posted on May 13, 2016 on the TVOI News website.  It was copied here so that I could add to it.

Yesterday, I had the most interesting conversation with Robert “Tosh” Plumlee concerning Michael Emry and their respective activities with Tosh as a CIA Agent and Michael as a former Private Military Contractor.   They didn’t know each other at the time they were working but figured out that they were in the same places at the same time performing different functions so they identified with each other when their paths crossed on the Internet.

I’ve worked with Michael on TVOI News for several years so I’ve heard all of his stories in our long conversations on the phone.   With both Tosh and Michael, my interest is centered on the structural design of the system that enabled the operations about which they speak.  For every covert operation, there is a top side cover story, with public officials and official policy.  The dark side covert operations are enabled by overt policy actions of public officials although they keep the real agenda secret.

The covert operations in Tosh Plumlee and Michael Emry’s past lives were centered around bonded warehouses, airports and illicit shipments of weapons and drugs for the alleged purposes of fighting communism and catching drug dealers.  In yet another twist of fate, I’ve been studying the top side of the dark underbelly within which they worked which happens to include bonded warehouses and airports.

In 2006, I was reading legislation in an effort to monitor the legislation before the Idaho State Legislature as a project of Eagle Forum in Idaho (aka Idaho Eagle Forum).  I found a curious Bill titled Intermodal Commerce Authority amending existing law.   I wrote a legislative alert but didn’t pursue it at that point.  In November of that year, I happened to catch the debate for the Minnesota for the Governor’s race.  Minnesota’s tax free zones (see the note on Jesse Ventura) were a major issue in that debate.   It made me curious if that’s what Idaho’s legislation on an Intermodal Commerce Authority was about so I went back into Idaho legislative history and discovered that the Intermodal Modal Commerce legislation was passed into law over a period of three successive years.   This is the way legislators sneak things into law that would be a problem for them if their constituents knew what they were doing.

I bring up that history to show that the intermodal commerce zone legislation was strategic and it was (and still is) moving successively through the states.    At that point it was an all-out effort to define the system to which the Intermodal Commerce Zones were connected. 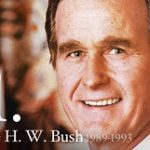 On June 27, 1990, President George Herbert Walker Bush announced the Enterprise for the Americas Initiative.  On July 11, 1990 at the G7/G8 Summit in Houston, Texas the leaders of the G7 countries met.

The above was the set up for the trap.   In 1991, two pieces of legislation passed by Congress were the trap. 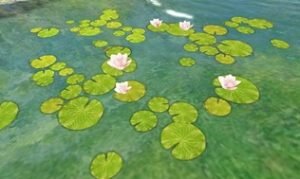 The high tech world of automation exposed the means and methods of the dark and covert, underworld and they came together in Benghazi.    Recall the part of the Benghazi story that involved weapons shipped to a warehouse.   That’s the underside of the story.  The top side of the story was that Chris Stephens was in Benghazi to talk to the Director of a hospital concerning a 10-year effort to establish a modern emergency care department.  E-911 – which actual flips the overt/covert picture.  Is the weapons shipments a cover story for the global health system?   There is a lot more information about the hospital at Benghazi and the plans for a high tech emergency room system now than there was when I first researched it.

It turns out, Ambassador Stevens had been working with a physician from Boston’s Massachusetts General Hospital, Thomas Burke, to launch a project at the Benghazi Medical Center aimed at improving the poorly functioning health care system.

“This was one of the most neglected part of the country under Gaddafi,” Stevens said. While there are many physicians, she said, there is not much of a health care system. “They don’t have enough ambulances, anything like the 911 (emergency call) system or many of the most basic features of health care we take for granted here.”

Technology for Global Health is the cover story for implementing systems for the World Customs Organization which connects the ports of the world into the global control grid.  The intermodal commerce zones are the ports inland for the international system of commercial trans-shipment.

Global health is a computerized network of hospitals around the world.  Such technology implemented for one purpose can be used for many purposes – as many purposes as the mind of man can conceive.  All they have to talk about to sell the idea is one beneficial system without mentioning all the others and that’s how the funding through the Congress has been obtained.

Remember Global Crossing?     The leaders of our country allowed Hutchison Whampoa, a company with close ties to the Communist Chinese military to purchase Global Crossing assets during the liquidation.

In 2001, NewsMax had an article titled, Chinese Company Continues to Encircle the World.  The following is an excerpt from that article (emphasis added):

According to the Thompson Committee, Hutchison Whampoa’s subsidiary, HIT, has “business ventures with the China Ocean Shipping Company(COSCO) which is owned by the People’s Liberation Army.”

COSCO, which failed in a notorious Clinton-backed attempt to lease the former U.S. Naval base in Long Beach, Calif., has been criticized for shipping Chinese missiles, missile components, jet fighters and other weapons technologies to nations such as Libya, Iraq, Iran and Pakistan, the AFP report revealed.

“In 1996, the U.S. Customs Service seized a shipment of 2,000 automatic weapons aboard a COSCO ship at the port of Oakland, California. The man identified as the arms dealer, Wang Jun, is the head of China’s Polytechnologies Company, the international outlet for Chinese weapons sales. Jun also sits on the Board of CITIC, China International Trust and Investment Corporation, the chief investment arm of the Chinese central government. It is also the bank of the People’s Liberation Army, providing financing for Chinese Army weapons sales and for the purchase of Western technology.”

It was recognized by both Michael and Tosh independently that the activities in which they were engaged for our government in foreign countries were now being turned around and employed on the people of the United States.

Those activities were enabled by legislation passed during George H.W. Bush’s administration.