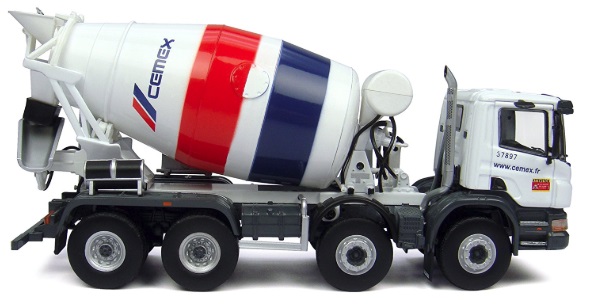 Over the last couple of days, I keep hearing about Tucson and what may be site where bad things happened to children.  The suspect location is an abandoned site formerly owned by Cemex, a Mexican Cement Company.

The suspect location is an abandoned site formerly owned by Cemex, a Mexican Cement Company.  Since my first awareness of Cemex was in 2006, I’m going to just give the documentation I have on it and the path of my research that sprang from it.

In 2006, there was a debate for the Minnesota Governor’s race.  I watched it and wrote about it because one of the candidates mentioned a special zone called the JOBZ zone and a cement company.  I don’t believe he said it was a Mexican cement company named CEMEX because I would have written that – but I did find out sometime later that it was CEMEX that was located in the JOBZ Zone.

Here is the article I wrote.  The larger font is the original post.  The smaller font is what I added in the update.

What’s Up With Minnesota?

In the update in 2008, I added a pdf that was an Executive Summary of the China-Minnesota Partnership.  The significance of that document becomes apparent later as I’m piecing together what’s going on with these zones and our transportation system.

In the same year, I found the legislation in Idaho authorizing Intermodal Commerce Zones in Idaho which turns out to be the legislation that authorizes the establishment of inland ports (zones) in Idaho.  In 2010, it was discovered that a zone, called The Core was being established in Meridian Idaho.  The reason it was discovered was because of a delegation from China came to look at the location and potential of the area.  Notice that money for development of the zone was being obtained through the EB-5 visa program and that Butch Otter, Governor of Idaho planned to increase the GDP of Idaho by $6 billion dollars using the EB-5 program.

On my old website, I have a category of posts called Vicky’s Rants.  The posts there are where I just spilled my guts and said exactly what I was thinking as if they were diary entries.   As a result of researching the EB-5 visa program to see what that was about, I ranted in a post titled The Mad Hatter’s Tea Party.  It’s about the irony of the Tea Party and the Patriots who would be at each other’s throats if the Patriots understood what the Tea Party was really about.

In that post, a man named Graham Makohoniuk, an investment company named Globalvest Management Company and a Mexican Cement Company called CEMEX are mentioned.   That post has a link to a New York Times article about CEMEX except that now the Times is behind a paywall.  I captured the article when it was in the public domain and I claim Fair Use for educational purposes for using it.

Cemex S.A., the big Mexican cement producer and one of Latin America’s most successful multinational companies, expects today to announce the formation of a subsidiary that will consolidate its Internet strategies and expand the company into online procurement services, the chief executive said.

Moving beyond Cemex’s core business — producing and selling cement — the subsidiary, CxNetworks, will focus mainly on the online procurement of goods and services for the construction industry and on Internet consulting services.

The third-largest cement company after Holderbank of Switzerland and Lafarge of France, Cemex — with substantial operations in Mexico, Spain, Egypt and several Asian and other Latin American countries — is already known for its real-time updating of inventories and its global positioning systems that use satellites to track its trucks.

CxNetworks is still in business.  It is presumably the same business.

Another report was found that mentions Graham Makohoniuk  GlobalVest.  This report exposes the high levels at which Makohoniuk, GlobalVest and consequently – CEMEX were operating.  It was not just an ordinary cement company.

It was later discovered that in 1995, Vincente Fox’s economic development plan included two ports in southern Mexico with five inland ports coming up into the United States.  The Fox made a deal with the Hutchison-Whampoa aka Hutchison Port Holdings for the development.

[Privatization]This new ruling has attracted billions of dollars in new infrastructure investment, including development at Lazaro Cardenas, in Michoacan, where Hong Kong-based Hutchison Port Holdings, Ltd., the world’s largest developer and operator of deepwater ports, is in the midst of a 20-year, US$290 million program that will expand the existing terminal…

At this point, it’s obvious that the ports in southern Mexico being built by Hutchison Port Holdings was part of the Chinese One Belt One Road strategy.  It just wasn’t announced as such and Hutchison-Whampoa has close ties to the Communist Chinese military.

I was not aware of the Air Force base near Tucson or I would have done more research on that because Tucson is a major location for an inland port for the CANAMEX  and the implementation of technology was and is the purpose of the Chinese incursion into U.S. territory – and it was done by stealth.  Because of CEMEX’s location in the JOBZ zone in Minnesota and because of the location in Tucson, my bet would be that CEMEX was located in an inland port zone in Tucson.

Since at this point in the story, it dovetails with a series I’ve been writing on treasonous trade agreements and the strategic plan for Chinese ports in the continental United States, I’ll leave it here and pick it up in the next post which I’ve already titled, Shanghai’d by the P4P.  So how does that relate to CEMEX and the site where it appears to have been a location for hurting children?

The following is my analysis based on patterns I’ve observed both on and off the internet mixed with some personal knowledge.  By some it would be considered speculation but I’m pretty good at what I do so take it as you will.

There is no question about the epidemic of child molestation in this country.  There is also an epidemic of betrayal by political leaders selling out their constituencies.

When I was a kid I read a book called Thoroughly Modern Millie.  It was in that book that I learned about being Shanghai’d.  It was a Chinese tactic for capturing women for the white slave trade.   Here is the definition of shanghai as a verb.

Shanghai: transitive verb: To kidnap for compulsory service; To induce or compel (someone) to do something, especially by fraud or force;

The method is to use some kind of drug like chloroform to knock out the subject and then they can be transported to a location where they can be sent to their final destination.

The modification for political blackmail would be to shanghai the politician and then film him or her in a compromising situation (murdered young woman, child pornography, etc.) that would destroy their life if it was made public.  The blackmail from that point forward is not to get money from the politician.  It’s a way of buying his vote and influence for the agenda of dismantling our country and allowing the Chinese to implement the surveillance technology everywhere and pass legislation giving them a free ride in doing it.  The politician is allowed to continue living his life as if nothing is wrong as long as he does what he is told.

It’s possible that the CEMEX site could have been used as a location to hold children to be used in the blackmail scheme.  It’s a perfect location to capture untraceable children.  CEMEX being a company as connected as they were to the North American Union agenda and tied into the inland ports (zones) network which was connected to the communist Chinese military via Hutchison Port Holdings and because the Internet system to serve as a Channel Master for a supply chain of construction companies the business model that is antithetical to a real cement company.  The IT subsidiary named above is also not a fit with a cement company.

I think that is what is happening to a lot of our politicians and it explains why there is a conspiracy of silence while they are selling our country out.  The involvement of CEMEX with what this writer considers to be – stealth implementation of surveillance systems under the ruse of port security has to be considered in any investigation into a CEMEX location.

That’s for what it’s worth –