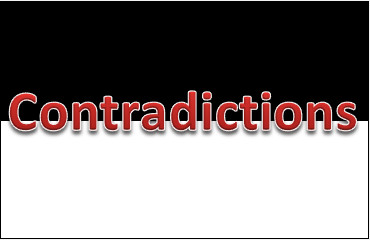 We have been and are experiencing an accretion of sovereign power to the international system of “governance”  for well over a century but accelerating beginning just before the end of World War II.   In plain language, they have been stealing the sovereign power of the American people to control our destiny through our American, constitutional system of government.    Your vote?   Meaningless.    And it will remain so unless you do something about this bigger, overarching system of global governance.

Recently, there has been an uprising concerning the plan of the LGBTQ community to hold a Boise Pride Event with children not only present but participating in a Drag Kids performance.  This event is a sexually explicit performance and yet, the police, the city officials, large corporations and even the G** Damn state government demonstrated their approval by contributing money to the event.   If there was a retail store that had all adult merchandise – porn, sex toys, etc., there would be an age limit to enter the store.  But arranging an event in broad day light for sexually explicit performances now that’s ok.

The people who participate in this type of sex circus “performance art” are fringe.  My guess would be that the vast majority of people in Idaho and in the entire country for that matter, find this type of activity in the park vulgar, offensive and patently illegal under existing laws protecting children from sexual exploitation.   So why are city officials allowing it and why are corporations contributing money to this offensive event?  Do they get credit on their ESG (environmental, social, governance) ratings for supporting the degradation of American society and culture?

These fringe groups are not without their defenders.  For example, when the North Idaho Pride Alliance held their event in a park in Coeur d’ Alene in June and a suspicious truckload of men calling themselves the Patriot Front showed up in militia gear but sans weapons, the arrest created a national spectacle that gave the defenders of fringe, the Western States Center (WSC), an opportunity for fundraising and propaganda.  If you follow the work of the WSC, you’ll find that they accuse anyone who opposes the fringe, white nationalists, nazis, racists, etc.  In other words, they are in the business of cultural  cannibalization and they use the strategy of victimhood as a weapon.  Their rhetoric is all love and light – enough to give you diabetes while their activities are purely anti-American, hateful and communist.

If there is a bright spot in this story, it is that communists are not very creative.  With their ‘art in the service of revolution’ activities, they are following the playbook of history that is used over and over again.

Groups like the Western States Center and the Human Rights Education Institute in Northern Idaho fly the flag of Human Rights taking the moral high ground with their rhetoric and the pond scum ground with their activities which causes the internal contradictions as mentioned in the first paragraph of this article.

Human rights are values of the socialist/communist United Nations though to our shame and embarrassment, they were the work of Eleanor Roosevelt (who elected her?).

The Socialist International located in London, UK, seems to be the brain trust of the United Nations.  All of the important international reports beginning with “Our Common” that brought us to this point of crisis were written by commissions comprised of these Socialists.

Circling back to the beginning of this article about internal contradictions, here is the output of the XXII Socialist International Congress held in São Paulo in October 2003:

Governance in a Global Society – The Social Democratic Approach

Cultural identity is a human right. Cultural differences must be recognised. The world is witnessing the evolution of patchwork societies, in which common national identities are losing their significance and a growing variety of cultural and social groups coexist. This coexistence is not always peaceful. Poorer countries, in particular, are facing a growing number of conflicts inside their borders. The global community of states has to accept that all societies can be multicultural. No state can impose only one particular culture, language or faith on its population.

. . .  But the human right to cultural identity and global democracy are interdependent. Democracy respects diversity and in doing so it assumes the reciprocity of this respect.

The LGBTQrstuv community and their defenders are trying to define the aberrant behavior of a minority within a minority as a cultural identity worthy of defense under the human rights banner.  Under this logic, we could have an Association of Animal Torturers – people who really groove on torturing puppies.  Animal Torturers have human rights too.  Just form an association and you can claim human rights for any kind of offensive, harmful and/or deviant behavior.

The LGBTQrstuv community and their defenders are living examples of contradiction.  The deviance from traditional American culture and values spawned from these multi-CULTy operatives of globalism didn’t rise to power out of nowhere.  There is a system that put them in position to impose their deviance on the majority.  You can’t stop them by protesting their events.  They can only be stopped by understanding and changing the system that created them.

It’s a disgrace to our heritage that its been allowed to get this far, putting us in this position. 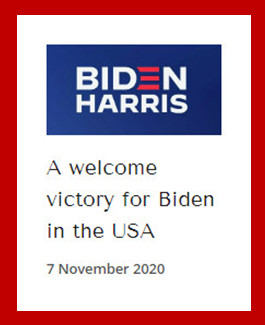