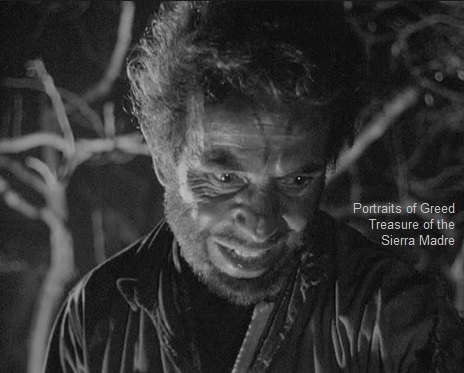 On August 21, 2017, Donald Trump gave an address on U.S. Policy in Afghanistan AND South Asia.  After 17 years of being in Afghanistan, he said the U.S. needs to go back in and stay in there until the country is under control.  Then he pandered to the soldiers.. telling them how great they are for their sacrifice.   I wonder … do they really know what they are fighting for?   They are fighting to serve the wealthy and oppress the poor

The target country is NOT Afghanistan… it’s Pakistan – and possibly India.   And the objective is a G– D— road with police state surveillance, command and control technology – just like the NAFTA Superhighway.   The so-called “terrorists” they will be fighting will be the Pakistani’s who live on the corridor routes who will have their property stolen from them just like our government has done to people on our corridor routes – people like Cliven Bundy, the Hammonds, David Koresh and others I can’t name – but that I know exist.   There is no doubt that Trump will get a couple of golf courses out of it at the transportation hubs (inland ports).

What they are building is a technology-laden global transportation system with “security”.  The “security” is the technocratic tyranny – the police state systems of surveillance, tracking, command and control – the global STASI system of control.  Once it’s completed there will be NO MORE FREEDOM FOREVER for anybody except the very wealthiest who are already exempt from the laws.  They can lie, cheat and steal with impunity.    It’s not freedom on the march as George W. Bush said, it’s fascism on the march.

In 2016, the Senate Foreign Relations Committee held a hearing titled Afghanistan:  U.S. Policy and International Commitments.  The following is a brief segment of that hearing in which it is revealed that they brokered a government that created both a President and CEO office.

In 2015, I wrote about the China-Pakistan Economic Corridor and I predicted there would be violence when they tried to build it.  I didn’t need a crystal ball for that prediction.  When outsiders come in to dislocate people from their homes and turn their lives upside down, violence is a given.

Yesterday as I was searching for more information on the Pakistan-China Economic Corridor, I found a paper on the Carnegie Endowment website titled  Pakistan:  The Resurgence of Baluch Nationalism.   Baluchistan is a province of Pakistan.   The following is a map of Baluchistan – along with a map of potential transportation routes from Gwadar port.

The first paragraph of the paper gives the history and a preview of what’s to come when they begin building the Pakistan-China Economic Corridor from Gwadar Port.

Thirty years after a bloody conflict that official sources estimate caused more than five thousand deaths among the rebels and almost three thousand among the Pakistan Army, Baluchistan seems to be heading toward another armed insurrection. During the summer of 2004, there were numerous attacks against the army and the paramilitary forces as well as repeated sabotage of oil pipelines. Since the rape of a female doctor by a group of soldiers on January 2, 2005, in the hospital in Sui, the principal gas-producing center in Baluchistan, assaults have multiplied, culminating in a pitched battle between the Frontier Corps, a paramilitary unit, and the local Bugtis, one of the largest Baluch tribes. According to the Pakistani daily, The Nation, approximately 1,568 “terrorist” attacks occurred through April 3, 2005. These attacks have not been confined only to tribal areas but have targeted Pakistani armed forces and Chinese nationals working on major regional projects all over the province.

Here is the parallel with what is happening in the U.S. and with the Bundy family, the Hammond family and the men and women – the American patriots who were standing up for them.

Further, although it is the most sparsely populated province of Pakistan (about 4 percent of the present population), Baluchistan is economically and strategically important. The subsoil holds a substantial portion of Pakistan’s energy and mineral resources, accounting for 36 percent of its total gas production. It also holds large quantities of coal, gold, copper, silver, platinum, aluminum, and, above all, uranium and is a potential transit zone for a pipeline transporting natural gas from Iran and Turkmenistan to India.  (pg 4)

Baluchistan has failed to benefit from its own natural gas deposits. The first deposits were discovered in Sui in 1953. Gas was supplied to Multan and Rawalpindi, in Punjab, in 1964; but Quetta, the capital of Baluchistan, had to wait until 1986 for its share of the gas, which it received at that time only because the central government decided to extend the gas pipeline because it had decided to station a military garrison in the provincial capital. In the Dera Bugti district, home to the gas fields of Sui and Pircoh where conﬂicts have taken place recently, only the town of Dera Bugti is supplied with gas. It receives its supplies only because a paramilitary camp was opened there in the mid-1990s. Overall, only four of the twenty-six districts constituting Baluchistan are supplied with gas.

But most certainly he will get to build some golf courses at the transportation hubs no doubt for the recreation of the operators of the “port security systems”   which are the new global STASI secret police.