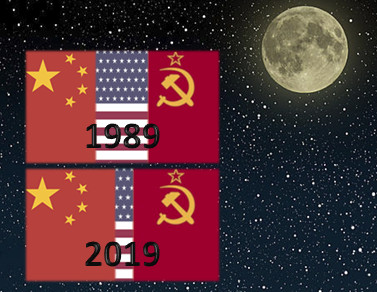 It’s clear by this point in the research that the objective of globalization was to subjugate the sovereignty of nation-states to an unelected, unaccountable regional authority under a global system of universal governance.  In order for that transition to occur, transfers of power had to be done incrementally so as not to awaken the public to the treason.  It was accomplished incrementally through what were termed as trade agreements allegedly for the benefit of the people when in fact, what they were – were agreements for harmonization of laws and subjugation to international authority wielded by institutions established under the United Nations system.  For the sake of clarity, it can be said that the old world order was the Westphalian system of nation-states.  The new world order is the United Nations system of regions.

Thinking retrospectively, the transition to a new world order meant destabilizing, crippling or eliminating the structures of national power while maintaining a facade of power.  It’s not too unlike a construction project in which the load-bearing walls must be moved.  Temporary supports must be put into place to take the load during the transition.  The interim period during which the transition to the new world order occurred during the Reagan-Bush and Bush-Quayle Administrations.  The Reagan Administration focused on privatization of government functions and on foreign policy pertaining to the Soviet Union that would allow a harmonized merger under the global system for both the U.S. and the Soviet Union.   The Bush-Quayle Administration focused on China and established an organizing principle for common cause under a new world order.

The common cause for a new world order was environmentalism.  Common enemies are needed to achieve common cause on a global basis.  The common enemies defined for the new world order were pollution, inefficiency and terrorism.  Generally speaking, terrorism is a tactic to intimidate or coerce the public or public official to achieve a political purpose.   Given the objective of subversion and subjugation of the nation-state by highest levels of power within the government, it’s not difficult to conceive of terrorism being used by both the nation-state and by opponents of the nation-state’s self-annihilation in the period of transition to the new world order.

In The Grand Chessboard of the Trilateralists, it was found that Australian Prime Minster Robert Hawke and the Prime Minster of Japan which was presumably Masayoshi Ohira at the time initiated the Pacific Economic Cooperation Council (PECC) to represent business interests in international affairs in the Pacific region.  The following is a description from their About page.

When the U.S. National Committee was established in 1984, PECC gives credit to George Shultz for the initiative however, an open research paper titled The Genesis of APEC: Australian-Japan Political Initiatives posted on the Australian National University website gives credit for the idea to Lawrence Eagleburger who was a Deputy Secretary of State under George Shultz at the time (emphasis added).

[Pg 3] While PECC was engaged in consolidating its organisational structure and gaining momentum, the governments of the member countries also began to show a more direct interest in regional economic cooperation. In this regard, 1984 was a turning point. In January and March, the US Under-Secretary of State for Political Affairs, Lawrence Eagleburger, suggested ‘a shift in the center of gravity of US foreign policy interests from the trans-Atlantic relationship towards the Pacific Basin and particularly Japan’ was taking place (cited in Borthwick 1987:135).

The shifting of the center of gravity was documented in Gorbachev’s About Face.

There is no more clear example of a Marxist Dialectic in U.S. foreign policy than the Tiananmen Square episode in China.  The BBC has an article with the timeline.  In brief, a leading Communist party reformer died on April 15th.  The students around the country came together to mourn.  The mourning turned into protests and demonstrations.  The protests moved to Tiananmen Square where the protests became a show for the western media.  The students delivered a petition of demands and insist on a meeting with Li Peng – China’s premier at the time – which was rejected.

On February 7, 1990, C-Span covered a hearing in which Lawrence Eagleburger was asked to testify in front of the Senate Foreign Relations Committee about two secret missions that Eagleburger and National Security Advisor Brent Scowcroft took to China after President Bush said it would not be business as usual with China because of the alleged Tiananmen Square massacre.  One of the Senators, Claiborne Pell had an interesting question gives insight into what was going on in China leading up to the Tiananmen Square event.

Some even question whether or not Tiananmen Square Massacre as reported even happened or whether it was a media spectacle to draw attention away from a very important meeting being held in Beijing at the same time as the demonstrations and protest.  An article in the International Business Times titled Tiananmen Square Massacre is a Myth, All We’re ‘Remembering’ are British Lies is one such article that questions the event. The answer as why they would lie about it is obvious in hindsight with the benefit of knowing the events that followed.

The media focus on Tiananmen Square protests overshadowed coverage of the Sino-Soviet Summit during which Mikhail Gorbachev and Deng Xiaoping normalized relations between the Soviet Union and China.  Supposedly, about a week after the end of the Summit, Communist Chinese military is alleged to have shot into the crowds to disburse them from the Square.  The day after, President George Bush made a statement about the event:

In December of 1989, it was discovered by investigation following a toast given by Brent Scowcroft, National Security Advisor to George Bush, that Bush’s public statements on the Tiananamen Square episode were in contradiction to his actions.  After announcing that it wouldn’t be business as usual, Bush sent Brent Scowcroft and Lawrence Eagleburger on two secret missions to China without consultation with the Senate.  In February of 1990, Deputy Secretary Eagleburger was summoned to a hearing of the Senate Foreign Relations Committee to account for the trips and the contradiction between public statements on policy and clandestine trips and meetings contrary to public pronouncements.

The first senator to question Lawrence Eagleburger was Jesse Helms.  His concern was our relationship with China in view of a State Department report on human rights indicating that nearly all labor in China was forced and/or slave labor and it was in contravention of U.S. to import goods produced with slave labor.

When Senator Sarbanes questioned Eagleburger, he said point blank that he thought that President Bush was representing the interests of China rather than America because of George Bush’s connections to China dating back to 1974.  History has told the tale.  Sarbanes was right. 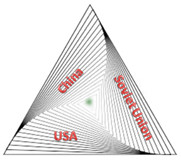 On 9 11 1989 (European format), the East German Parliament announced that East Germans could visit West Germany.  That announcement caused thousands of East Germans to rush to the Berlin Wall to make the crossing.  That was the beginning of the fall of the Berlin Wall and the end of the division between the two Germanys.   As a result of these events, a meeting between Mikhail Gorbachev and President George Bush was scheduled for early December.  The meeting was to be held on ships at Malta. 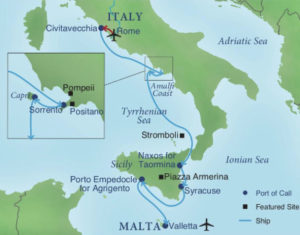 The media characterized the meeting as a summit but as Deputy Secretary Lawrence Eagleburger explained during an interview with a C-Span host, there is a big difference between a Summit which is a formal event with an agenda and a pre-determined outcome and a meeting in which there is no documentation provided and information is restricted.  The following is a clip from the interview with Eagleburger about the upcoming Malta Meeting. Pay close attention to how careful he is with language – keeping in mind also that George Bush sent Eagleburger and Scowcroft on a secret mission to China in July.  Bush also sent them on a second secret mission to China after the Malta meeting.   The secret missions to China were the subject of the Senate hearing described above.

You’ll notice in the video clip that Eagleburger’s use of the word condominium is highlighted.  It turns out that condominiums aren’t what we think they are – which is an apartment that is purchased rather than rented.  A condominium under international law is a territorial power (governing) sharing agreement between one or more nation-states.

An abstract from the Oxford Public International Law definition is as follows:[incor name=”Condominium”]

1 A condominium is a territory over which two or more States jointly exercise governmental authority. (see also Governments). The word coimperium is also sometimes used in this context. There is no formal distinction between the two words.

Keeping in mind that the five permanent members of the United Nations were the China, the Soviet Union, France, the United Kingdom and the United States, and that President George Bush was doing deals in secret with the Communist Chinese and the Soviet Union, and the meeting in Malta was not a Summit but was simply a meeting without documentation on the agenda or the outcome, it’s not difficult – especially with the benefit of hindsight to believe that a condominium arrangement was discussed and agreed to – specifically over the Pacific Rim nations.   If that’s true, then the power center for the condominium arrangement would be centered in the Asia-Pacific Economic Cooperation organization (APEC) which was established in …drum roll please… 1989.

George Washington University has an archive of some of the documentation.  Nearly all the documents mention the environment, but in particular, Document 11 is significant in that regard.

Recognizing the ever increasing importance of joining efforts of all countries to solve transnational problems for the progress and survival of human civilization, provide general political coordination of cooperation between appropriate Soviet and U.S. departments and agencies. Attach special importance and urgency to questions such as harmonizing the Soviet and U.S. national environmental programs, bearing in mind the possibility of jointly promoting a concept of an international “code of ecological behavior”; enhancing U.S.-Soviet cooperation in the United Nations, including the presentation of joint initiatives; and formulating a long-term program for explanding cooperation between the USSR and the USA, including efforts by the appropriate agencies of the two countries, in combatting international terrorism and drug trafficking.

The international code of ecological conduct has to be Agenda 21.  It was supposedly the output from the Rio Summit in 1992 but obviously, it is far too comprehensive for it to have been produced so quickly after Rio.  It was prepared beforehand and it seems likely given Document 11, that work on it began after the Malta meetings between George Bush and Mikhail Gorbachev.

Where this becomes really significant to the United States is in the condominium arrangement over the border zone between the U.S. and Mexico in the Treaty of La Paz.  The La Paz treaty called for cooperation for the protection and improvement of the environment in the border area and it allowed the United Nations to be a participant by invitation of the EPA Administrator and the Mexican counterpart (35 UST 2916; TIAS 10827; 1352 UNTS 67)  and after the APEC Blake Island meeting that President Bill Clinton held with the Chinese after which the Secretariat for APEC was established in Seattle.

Early research, La Paz: Pathway to Disintegration]   and  Communism Through the Back Door

The outcome of the Malta Meeting was that an end to the Cold War was declared.  If it was the end of power war with nation-states, it would have been the end of the defense technology companies.  This has to be the point where the decision was made for defense conversion to convert the companies to dual use technologies focused on security and environment – the police state.