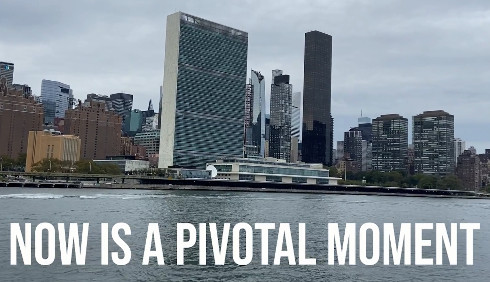 The computer industry executives who led the “reinvention of government” changed our form of government from a republic to corporate-led fascism – stealing the freedom and autonomy of the American people.  The computer industry executives turned government into a tool for corporate profit and corporate power – reducing citizens to the status of mere workers – captives of a technocratic control grid.

On the government side, when Bill Clinton and Al Gore were elected to office, Gore was  the lead in the “reinvention of government”.   The agendas of the Rio Summit (sustainability – aka Agenda 21, capture and control of natural resources) were combined with the industrial policy for the computer industry.  The capture of government was solidified – sealing our fate, falling to fascist management of a global communist system of control.

The Alliance was founded to create an information and learning network for the thousands of change agents — people in or close to government — who are struggling to improve the public sector’s performance. In the 1990s, a vibrant movement to “reinvent government” has grown up. But it is a movement without a central nervous system.

David Osborne discovered the need as soon as Reinventing Government was published, in 1992. In early 1993, Osborne joined with columnist Neal Peirce, National Academy of Public Administration (NAPA) President R. Scott Fosler, and Barbara Dyer of the Council of Governors’ Policy Advisers to create such a network, as a project of the National Academy. In its inaugural year, the Alliance formed a distinguished advisory board, which includes members of the U.S. Senate, federal officials, governors, county commissioners, mayors, city managers, labor union presidents, non-profit and business leaders, and scholars.

Reinventing the Federal Government: “Action on the National Performance Review”

Breaking the Barriers to the National Information

Services and the National Information Infrastructure, 1994

From Red Tape to Results: Creating a Government that Works Better    (hahaha jokes on you)