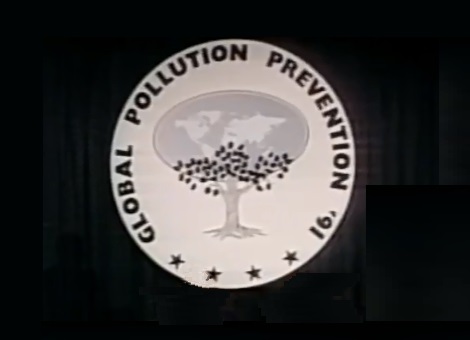 Treasonous Re-Organization By Treaty and Policy Change by Trickery

The legislation was referred to Committee.   It was never voted on by Congress as legislation.  It was put into an Appropriations bill (H.R. 5835) by Leon Panetta.  The Omnibus Budget Reconciliation Act of 1990 became Public Law 101-508 on November 5, 1990.

The EPA accepted it as law.

The Pollution Prevention Act was a major ideological shift in policy.  It was like night and day.  God rules the day.  The demons rule the night.  The policy of prevention is the policy of the night.  Fear based policy is the policy of tyrannical control.  This ideological shift is what put us on the path of global rule by psychopaths because it was initiated by international treaty and international law via the La Paz treaty (1983), the Montreal Protocol (1987) and a 1990 bilateral accord with the Soviet Union.

[Note:  Look around you.  Everything you see has chemicals in it, on it, around it.  What’s a weapon?  What is a household use?  What is a legitimate commercial use?]

The Montreal Protocol was about chemicals in the air.  According to the script, chemicals like CFC’s were dissolving the ozone layer – expanding the hole in the ozone.  It wasn’t true of course.  The hole in the ozone is a natural phenomenon.  It goes in cycles – expanding and contracting at different times over thousands of years.  The proof is in the fossil record but truth doesn’t matter when the science is by consensus and the agenda is political.

The La Paz treaty signed with Mexico in 1983 was (allegedly) for cooperation in environmental cleanup and pollution prevention in the border region.  The border region  was established by Article 4 of the treaty.  With the benefit of hindsight, this treaty was the beginning of disintegration of U.S. borders and sovereignty as a step towards establishing the Free Trade Area of the Americas (FTAA) in future years.

In 2008, former Senator Tom Daschle appeared at an event to promote his book on health care.  This clip was captured because Daschle admitted that major policy initiatives are included in appropriations bills because they always pass.  Once a policy is approved, the policies can be implemented through the Administrative process and citizens are none the wiser – until the administrative rules come to bite them in the ass.  This is how our country was taken on the path to communism without the majority of the population knowing about it. 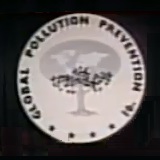 In April of 1991, a conference titled Global Pollution Prevention was held in Washington DC.  Two of the sessions were broadcast on C-Span.  Two of the presenters at the beginning of conference were Dave Buzzelli, then Vice President and Executive Director for Health and Safety at Dow Chemical and Hank Habicht, Deputy Director of the EPA.  What these two men said at this conference reset the philosophy of government in the United States.  Buzzelli talked about process analysis at Dow Chemical including waste reduction.  Habicht described how the EPA would be implementing Total Quality Management and life cycle analysis.

The second session of the Global Pollution Prevention conference was the Role of the Media for the global pollution prevention movement.

Obviously, the EPA regulates more than just chemicals.  They regulate the environment either directly or indirectly so life cycle analysis in this context includes you and your family and everything you do from flipping on the light switch in the morning to the shower you take, to the car you drive to work.  Everything is included in life cycle analysis.  And the main objective – the driving purpose of the agency became PREVENTION.  Don’t breathe because you are polluting the air and we are all going to die – because of YOU.   That’s the level of insanity that we are dealing with.

BUSINESS of the Americas

In the analysis of the conversion to a global system of governance, it became apparent that the objective of trade agreements was to allow and in fact, facilitate the globalization of business – thereby separating the economic system of countries from the political systems.  Towards that treasonous objective, in 1990, George H.W. Bush announced the Enterprise of the Americas initiative with the goal:

Bush Announces the End of the United States as a Nation

“Second, we must build on the trend we see toward free markets and make our ultimate aim a free trade system that links all of the Americas: North, Central, and South. And we look forward to the day when not only are the Americas the first fully free, democratic hemisphere but when all are equal partners in a free trade zone stretching from the port of Anchorage to the Tierra del Fuego.

I’m announcing today that the U.S. stands ready to enter into free trade agreements with other markets in Latin America and the Caribbean, particularly with groups of countries that have associated for purposes of trade liberalization. And the first step in this process is the now-announced free trade agreement with Mexico.”

The side agreement on the environment was formally named the North American Agreement on Environmental Cooperation (NAAEC).    Put your brain in gear and take note of the excerpts below:

RECALLING their tradition of environmental cooperation and expressing their desire to support and build on international environmental agreements and existing policies and laws, in order to promote cooperation between them; and

CONVINCED of the benefits to be derived from a framework, including a Commission, to facilitate effective cooperation on the conservation, protection and enhancement of the environment in their territories;

By treaty and international law, the Commission for Environmental Cooperation was created.

Do you see how our government is being subverted in preparation for disintegration and ultimately global governance?   This Agreement by treaty and international law subjugates the American EPA to international control by an unelected SOVIET of three commissioners – one from Canada and one from each – the United States and Mexico.

Subjugation of States by Conforming Law

In keeping with the spirit of the treason to replace elected representative government with SOVIETS, in 1991, Idaho legislators passed Title 78, Chapter 67 which is a mandate for the state government to recognize and participate in the Pacific Northwest Economic Region (PNWER).

67-7801. LEGISLATIVE FINDINGS. The legislature finds that there is a new emerging global economy in which countries and regions located in specific areas of the world are forging new cooperative arrangements.

The legislature also finds that the Pacific northwest states of Alaska, Idaho, Montana, Oregon and Washington and the Canadian provinces of Alberta and British Columbia are in a strategic position to act together, as a region, thus increasing the overall competitiveness of the individual states and provinces that will provide substantial economic benefits for all of their citizens. 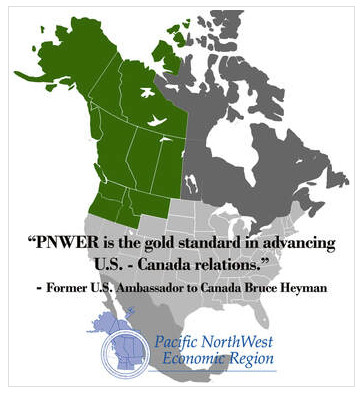 Idaho is in Play

Idaho in the Context of Regionalism and Global Trade