Home Corruption Rockefeller and the Club of Rome 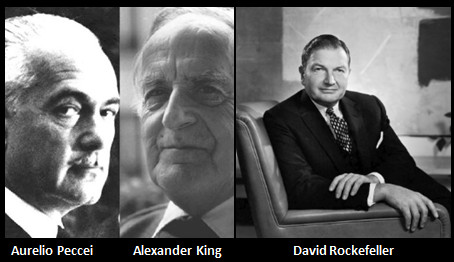 In 1962, American senator, Javits and Vice-President Hubert Humphries seeking means to alleviate the appalling economic conditions in Latin America, took the initiative of persuading a number of prominent Americans including David Rockefeller to create a mechanism to make available industrial venture capital to innovative industrialists in the sub-continent. Peccei [Aurelio] was obviously interested and cooperated with the new Investment Company ADELA Atlantic Development of Latin America. 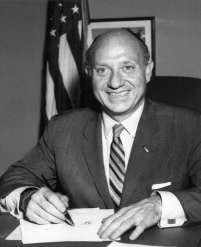 Jacob Javits, a Ukrainian Jew from the lower east side of Manhattan, liberal Republican Senator from New York was the prime mover behind the policies to provide U.S. aid and technical assistance to create a Latin American Common Market.  In a 1966 profile of Jacob Javits in Time Magazine, the author wrote:

“He has sponsored a thriving private- enterprise plan for Latin American development (ADELA) and is trying to launch similar ventures for Greece and Turkey.  He is chairman of the NATO Parliamentarian’s Economic Committee and an oft­heard advocate of greater political and economic cooperation within the Alliance.”

In the developing countries, particularly, more is needed than an educational effort; people must be persuaded by actions as well as words. Businessmen must work together on community projects. Already organizations such as Accion and the Community Action Institute in Venezuela are demonstrating the contribution that private enterprise can make to broad economic and social programs through projects aimed specifically at community needs for education, technical training and physical facilities. Business groups must also be ready to work together, as recently suggested by David Rockefeller, to assist and advise governments and aid agencies on their development programs. They must seek increasingly to enlist the cooperation of the free labor movement, for the support of democratic labor groups is essential for long range improvement in the environment for private enterprise. A good beginning has been made in the generous contributions of business and labor groups to the initial programs of the American Institute of Free Labor Development.

In 1964, Jacob Javits attended a Bilderberg meeting that was held in Williamsburg, Virginia.  We know that because Javits put a report on the meeting into the Congressional Record.

The list of attendees is a Who’s Who of world power brokers at the time.  Some of the most notable of names from the United States include:

Gerald B. Ford, U.S. House of Representatives (as President after the coup on Nixon, Ford signed the Helsinki Final Act with the Soviets in 1975)

Academia and the Bear: The Hidden Russian Collusion