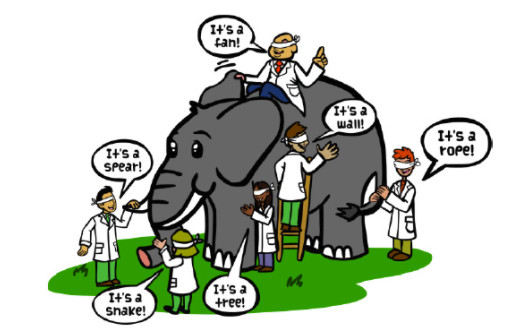 Secret Society in the Justice Department?

A couple of days ago on ZeroHedge, Tyler Durden reported on a Fox News interview with Rep. Trey Gowdy (SC) and John Ratcliffe (TX) in which it was mentioned that a secret society may be operating within the Justice Department.  He had a clip of the Fox News segment that includes only the reference to a Secret Society.   The full interview is on youtube.

Congressional investigators learned from a new batch of text messages between anti-Trump FBI investigators that a “secret society of folks” within the Department of Justice and the FBI may have come together in the “immediate aftermath” of the 2016 election to undermine President Trump, according to Rep. John Ratcliffe (R-TX) who has reviewed the texts.

Obviously, ferreting out a secret society is a difficult task because it’s secret.   One must either find somebody to break their oath of secrecy or define it by the characteristics within the context in which it is referenced and then narrow the options through deductive reasoning.  As it happens, I have a little bit of a head start on this because in the spring of 2016, it was revealed that there was a secret society operating in Idaho and it came up within the context of replacing members of the Idaho legislature.   The name of the project that the secret society was promoting was the Prosperity Project.

As you can see in the article, I defined the context in which the reference was made along with the activity that was occurring in Bonneville County at the time.   I used it as an opportunity to talk about the system of economic development which is the Trojan horse in rural America.  I mentioned the Tammany Society aka the Columbian Order that operated in New York City for many decades because there are parallels between strategies used to build a political power base by the corrupt politicians of Tammany Hall and the economic development system that seeks to bring in foreign direct investment and with it, foreign occupation – changing the character and political power structure of the west.

In April of last year, a friend of mine in Oklahoma contacted me about a proposal that was being made to the Oklahoma legislature concerning Prosperity Districts.   The name of the man who was making the proposal and who also provided the legislation to the Oklahoma Legislature for an interstate compact between Arizona and Oklahoma was Shanker Singham.  Shanker Singham  is a member of the Bretton Woods Committee.   Bretton Woods, New Hampshire (now you know why New Hampshire is always the first stop on a run for the presidency) was the location where the agreements for the international financial system were negotiated and written.

Legatum has a most interesting organizational arrangement: 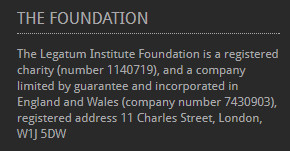 In another video featuring Shanker Singham, he talked about the Hanseatic League and guilds:

In the above clip, Singham is talking about Enterprise Cities which is just a marketing label for port district.  When I was researching special economic districts in the United States, I had two threads of research to follow:

Both of which turn out to be logical islands aka port districts but because the programs originate out of different agencies of government, the terminology differs but the functional purpose is the same.

While doing that research, I discovered the organizational structure of the City of London – the one square mile which is different than London proper.  The City of London is a port district.  The “citizens” of the port district are the charities for guilds and trades under British law.  They hold the guilds that hold patents on a trade (nowadays called professions) issued by royal decree.  The purpose of the charities is to set standards and oversee the ethics of the profession and to provide for the welfare of its members.  The City of London port district is a commune.  It was recognized as such by Prince John in 1191.

Recall that the British Empire was a maritime power – meaning ports.  Their strategy was dominate countries through trade and administrative process.  They wielded their power through corrupt public officials who “joined the club” while they subjugated their own fellow countrymen to the authority of the British Empire.

Cox and Reese Hearings on Un-American Activities of Tax Exempt Foundations.  There are references to the Lawyers Guild in the majority of sections.

In 1950, a report was produced by the House Committee on Un-American Activities.  The title of the report is  Report on the National Lawyers Guild:  Legal Bulwark of the Communist Party.

1950 was also the year the United Nations created the UNHCR.  Which is significant considering the 40th Anniversary report of the National Lawyers Guild:   National Immigration Project Report 40th Anniversary Annual Report    The Dirty Little Secret of the UNHCR in 2015 was that the Commissioner, Antonio Guterres was the Vice President of the Socialist International from 1992-1999 and then President from 1999-2005.  He is now the Secretary-General of the United Nations.

In 1959, there was another report produced by Congress:  Communist Legal Subversion: The Role of the Communist Lawyer

Here is a diagram of how I put all of this together:

They have been doing this for a very long time – not just decades; not just centuries but for over a millennium.

They’ve controlled our State Department and the U.S. Department of Commerce for a long time and now we are just finding out that they’ve captured the Department of Justice as well.