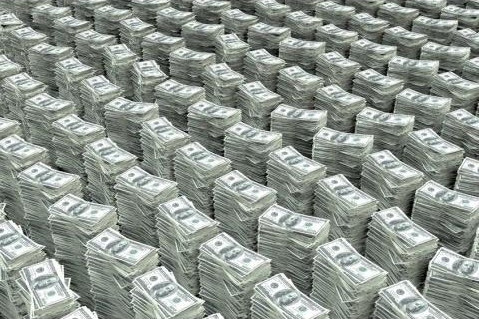 If you read financial news, they frequently talk about bubbles – the dot.con bubble, the housing bubble, etc.  The other night, I watched a public affairs program on C-Span titled Cyber Threats to Elections.  In watching the program, I realized that there is a different kind of bubble – a narrative bubble.  It broke but there are still forces out there desperately trying to re-inflate it.

The narrative bubble is of course, the DNC’s Russian Hack story.  It’s been completely discredited because they haven’t been able to provide one scintilla of hard evidence.  All they can offer is a vague idea of a possible influence operation.  The problem is that they are pointing fingers in the wrong direction.  They are pointing at Russia while they should be pointing at Google, Facebook and our own government – especially Homescam Security and their STASI Network. 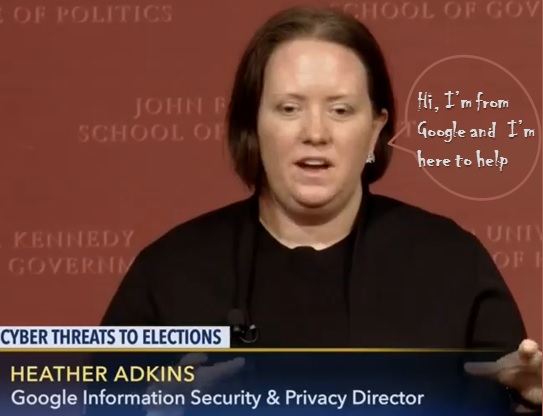 Appropriately, the panel discussion event was held at the Harvard Kennedy School of Government.  It’s appropriate because the Institutes at Harvard have been in the center circle for the “reinvention of government” and their endowment fund has profited handsomely.  They didn’t actually reinvent anything.  It’s more like redecoration of an old idea – putting a 21st century face on fascism with communism for “the little people”.

Harvard’s endowment fund is only the public part of the public policy racket.  How much money has been made on the “innovative small business” racket isn’t public knowledge – but an analysis of the government’s data pertaining to money loaned and granted for the purpose of small businesses would tell quite a tale I’m sure.

The two participants who were of most interest to me were:

Notes:  Matthew Rhoades, former Manager of the Romney Presidential Campaign. That’s significant because Mitt Romney was on one of the committees for Homescam Security pertaining to Fusion Centers.  I’ve written about the privatized Homescam Security Policy Center at George Washington University HERE.

I took a video clip that includes a segment in which Clint Watts talks about his observations of what he believes has been the result of Russian influence operations.  For the record, he was an Army Ranger and an FBI Agent before becoming a member of the Joint Terrorism Task Force followed by starting his own consulting business as a Security Expert.


Watts is a classic example of a person whose mind has been so twisted and manipulated that it has reversed (from my point of view) his perspective on what constitutes American values.  He believes that globalism is an American value even though globalism is clearly tearing this country apart and is the cause of violent uprisings all over the world.   And all of that is due to the globalization of our telecommunications system without an understanding of the power of it and the systems of control that it enabled.  So how did that happen to Watts?

I’m not a psychologist but I have been a participant in the information war for about 15 or more years so I’ve seen and experienced a lot of manipulation – and in fact, it was the manipulation of perception that made me become an Info Warrior even before I knew anything about Alex Jones and his program. And before that, I was a Computer Systems Analyst / Programmer which gave me a head start in terms of understanding cyber warfare even if not in those terms initially.

Clinton Watts was an expert on terrorism in a sphere that is compartmentalized.  I found a paper he wrote that is titled, The Three Versions of Al Qaeda:  A Primer.  It’s very informative and I recommend reading it.  It’s clear that he’s looking for enemies outside the U.S. and it would follow that when looking at the domestic landscape, he would be looking for foreign enemies on our soil.  My guess would be that it never occurred to him that the enemies were inside the gate and they were above his pay grade on his own team.  That’s the position from which he was manipulated.

I’m not sure if it was in the Harvard panel discussion or in another talk he gave on the internet radio – but in one of them, he said he realized there was Russian involvement in our domestic information sphere when he was analyzing 7,000 facebook accounts and how information flowed.  He said he would be attacked by Russian Info Warriors and he could tell that by the subtleties of the use (misuse) of language.  Some of the information was being spread by bots, some of it from the same source with multiple accounts, etc.   The question I would have for him is… who selected the 7,000 accounts for you to analyze?  My guess would be that somebody in his organizational sphere gave him the accounts to analyze and that he was actually a targeted candidate for psychological manipulation of perception and that he was selected specifically for his personal psychological profile (characteristics).   Whoever selected him to be a tool, did a good job because as you can see from the video, his perception has been twisted in such a way as to become the very thing he thinks he is fighting.

Molly McKew is obviously at a higher level in the psychological operations.  Notice that she said she has been working in Eastern Europe and that she was going to give testimony to the Helsinki Commission on September 14th.  I found the hearing and a transcript of her testimony.  Both of them are important to understand this Russian hacking gambit.  At the level Molly and Clint are operating, the incentive is no doubt fat, juicy government contracts for participating in the game (not to impugn their political motives which may or may not be intentionally anti-American ).

One way to test the rhetoric of the Russian Hack gambit is to look at the actions of government operations.  The U.S. State Department is working as hard and fast as they possibly can to import Muslim Jihadis.  The propaganda in the information war is that we’re supposed to accept this a normal and consistent with American values.  Clint Watts even says it… the people he considers the enemy as being the people who oppose refugee resettlement and open immigration.  If I were a Russian enemy or an enemy operative, I’d love the strategy of importing terrorists and forward positioning my soldiers in the heart of America.

As an American, I consider it to be un-American and subversive – setting us up for war on our own shores so from the point of view of Clinton Watts, I’m the enemy because I want to protect our country and our people from policies that will OBVIOUSLY hurt us.

I wrote about it here:    Jihadis Without Borders     and they can vote as soon as they enter the country.